Alan joined BYU’s basketball team as a walk-on last season and showed signs of development on the scout team in practice — “I blocked almost everyone at least once,” he said — before injuring his knee in February. He’s no longer on BYU’s roster but may serve as a practice player this year, while he considers transferring and playing somewhere. 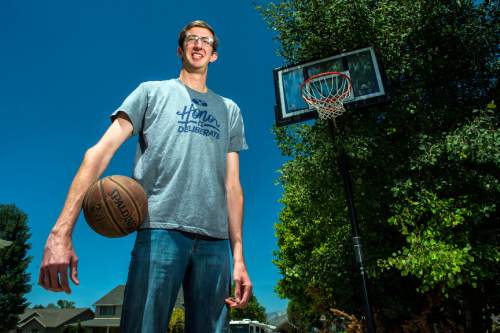 Utah's BFGs: 7-footers have built-in advantages, but challenges might be bigger

Mark Eaton loves telling the story about the question he always hated hearing: Do you play bask