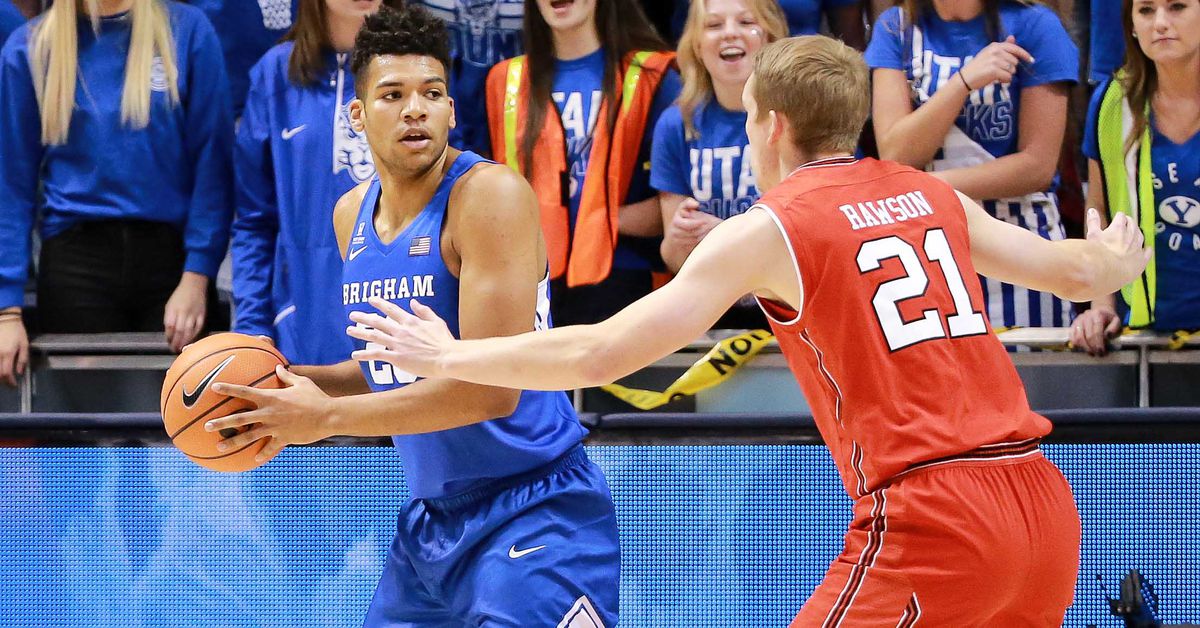 BYU has yet to release its non-conference schedule, but we have it here

Pre childs and post childs. They got that one right

One more time for Yoeli against Utah, “Monster Dunk.”

And our home senior night against Gonzaga on Feb 22nd

Too bad four additional “cupcake” games can’t be wedged in before the Maui Invitational on 11/25.

NCAA doing it’s best to get some publicity by suspending a key player for an overly scrutinized program. The number of game suspensions, the fact that BYU is playing in the Maui invitational and the first game back being against Utah?

What a well designed script for controversy and publicity…

and what a joke.

The worst joke is the NCAA. It is a hypocritical dishonest organization. It feeds off of its clients the college teams, especially those who are honest and less powerful. It is one of the worst, dishonest most despicable organizations in the country.

Too bad four additional “cupcake” games can’t be wedged in before the Maui Invitational on 11/25.

my thoughts exactly. BYU would of wrecked some of these blue bloods Maui games with YO.

This is kind of the final straw. Why not get a bunch of schools together and form a honest fair NCAA and be done with this commies.

and for the record, YO is not do anything dishonest, his offense… he did not file proper paper work, So Hopper; don’t even mention Yo in the same sentence as Emery, who not only broke the rules, on purpose, but threw an entire university’s reputation in the toilet. geezzzz.

Emery made some mistakes as well but honestly those mistakes were blown way out of proportion. It is like putting a kid in jail for stealing candy when there are adults out robbing banks and getting away with it.

The ncaa loves going after little guys who won’t fight back. They are afraid to go after the big guys who are really breaking the rules. It is just the way it is.

The ncaa loves going after little guys who won’t fight back. They are afraid to go after the big guys who are really breaking the rules. It is just the way it is.

We will see what the Kansas inquiry does, They are saying that Bill Self is all but done. On paper, they have him but I say watch what happens. If Calipari got by, Self will too.

Next comes Arizona and a few others, just watch.

Now back to BYU and this season…The first 9 games are going to be ugly. Without Childs, Haws now cleaning out the knee (out but ready for the season), Seljaas coming back from his broken foot…We will get our butts beat and bad. The only win I see for sure is SUU and maybe, CSF.

NCAA jacked up BYU’s season bad with the Child’s suspension.

Haws now cleaning out the knee (out but ready for the season), Seljaas coming back from his broken foot…

What happened to TJ knee? I read that he’ll be back to practice in 10 days.
Seljaas going to play 1st game of the season??? Really??? Broken foot???

minor procedure on Haws, he should be ready by season start.

Seljaas had a stress fracture to his outer metatarsal. He will be rusty but good to go.

These 1st 9 games we will go into with our only true scorers as Haws, Toolson and then everything tapers way off. Having seen Baxter enough times, he is not demanding the ball or assertive. Having said that, I think Seljaas will be good for 10 ppg, Baxter-10 ppg, Nixon-6, Harding 6, wade and Knell??.

Ever the jokester, BYU men’s basketball coach Mark Pope answered media members questions about the absence of senior point guard T.J. Haws from practice on Tuesday with news that Haws

I will say, Practices are worlds ahead of Rose’s laid back practices. Intense and non stop

Intense and non-stop has lead to Haws having his knee scopes, Sejlass broken foot and now Baxter shoulder dislocation and labrum tear.