BYU and Utah have lost the recruiting wars here in Utah

Of the top 15 instate players, 4 of them went to OSU (Anderson), 2 went to USC, 1 to OSU (Meyers) and the rest to Stanford. BYU was the only one to land 2 players of the top 15. Utah got none unless you could Reid as one. 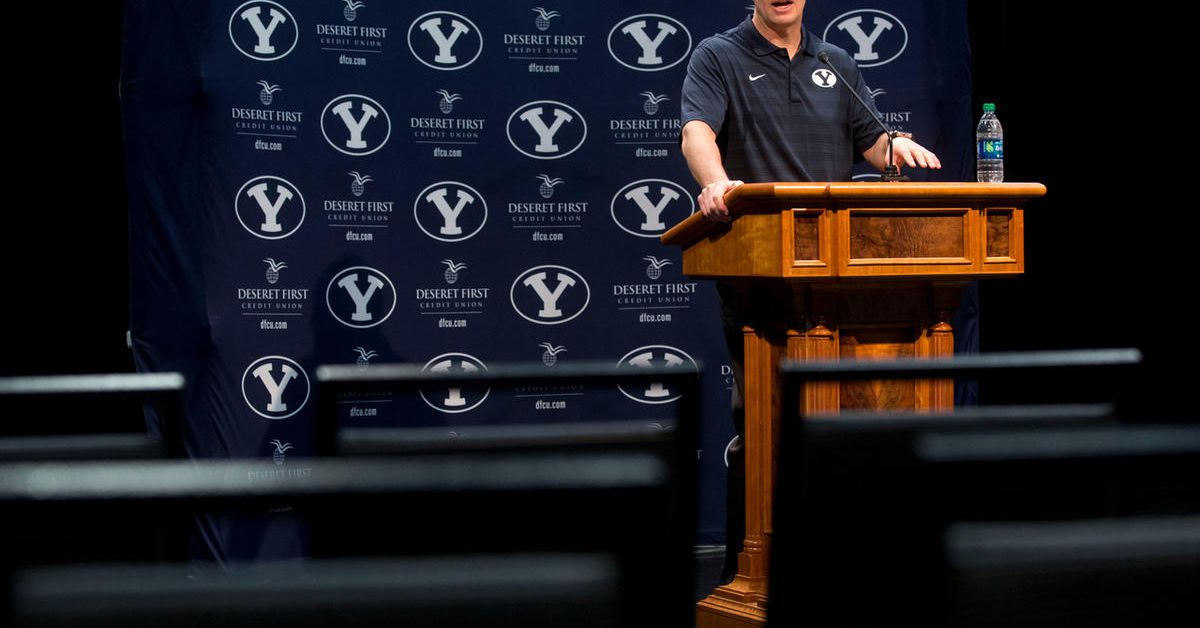 BYU's independent status doesn't help the Cougars in the recruiting game, while Utah's membership in the Pac-12 is inherently problematic.

You can blame BYU for Indy, at least that is what the media blames it on, I have to say that Bronco turns some off but they won’t say it. I will say that Holliday has helped immensely with his Texas ties.

Utah is stuck with the dregs of California after the Stanfords, UCLAs and USCs have had their picks.

But losing out on the top Utah talent can be traced back to Anderson, Meyers and Sark.

Both Covey and Reid which are considered to be 2 of the top 10 players in Utah both committed to Utah over BYU. Even though BOTH kids parents played at BYU. Both grew up BYU fans…

So what in the sam heck is going on? I believe the environment at BYU (football) has some negative affects on recruiting. When BYU can help a “star ranked” athlete and most of them end up transferring…

Some does not fit…

BYU is global.
Utah is and will always be local and regional.
BYU looks for specific kind of players.
Utah will take any thing.
With BYU world wide audience, over time it will out perform any strategy Utah can come up with because its resources all larger.
I rest my case.

Not true anymore. You are 20 years behind with this take.

To you and every topic of BYU or the Church, everyone is 20 years behind. The gospel according to Kcblack is the only truth to be known. Simply a legend in your own mind…

If you want to be part of the head in the sand crowd who 20 years later after watching Utah pass us up still thinks they are not relevant and we are “global”, go ahead. But it’s just not true. We are in many ways the number 3 program in the state when it comes to relevance in major sports. That’s a huge shift in the last 20 years and will continue without boosters and fans demanding more from our program.

We are in many ways the number 3 program in the state when it comes to relevance in major sports.

Sorry to cherry pick a comment but this is the most outlandish thing, among a few over the years, that you have posted in awhile. There is no way you can either justify the comment or explain it in a rational way that has any relevance to anything. I can have a discussion with you about being #2 in the state of Utah right now because the Utes have enjoyed some good success lately.

Maybe the fact that Utah lost at home and BYU beat #3 in the nation, on Gonzaga’s home floor no less, is sort of poetic justice to this specifically inane comment.

Come on man, you’re smarter than this.

Great win by us last night for sure, but I stand by my statement. Utah no question is the top program in the state for football and basketball, USU and us are fighting for #2 and after football season and their overall BB program it’s closer than you want to admit.

Second, This past couple of years, BYU football has been the third best team in Utah…

They have lost to Utah 4 straight times…
They lost to USU last year and almost lost the year before.

I do think U of U FB and BB programs are in front of the Y’s 2 programs. No idea how far but being in PAC12 is a huge factor but their coaching situation in FB is a mess with all the changes. Whitt is feeling the flames on his fanny, although his 2014 season helped. That the Cougars are not dominating the WCC (with possible exception of the Zaga), our somewhat better than average FB seasons the past several seasons and FB domination of the U over the Y the past 10 years and close to parity with USU in FB puts us in precarious position with the 2 other schools. If we really stumble out of the gate, in FB, this year or have an average or below average season, I really believe BM will be gone and we will have our own coaching changes.