I’m still trying to find out if any of the games will be televised. It may be that we can watch through facebook, byu basketball??

Childs and the transfers, Lowell and Harward, as well as new Az transfer, Borcello will all be able to play.

Pope will use these games to anchor his starting rotation as well as who comes off the bench. By the time BYU gets back from Italy, Pope will know what to work on.

There seems to be no chatter about Childs 9 game suspension. The stickler is not the paper work but that Childs received funds from his agent, and even though Childs paid back every penny, the NCAA will not budge.

I am only worried about a back up PG on this team.

There seems to be no chatter about Childs 9 game suspension. The stickler is not the paper work but that Childs received funds from his agent, and even though Childs paid back every penny, the NCAA will not budge.

I got a squirrel in my back yard chattering or yapping a lot at the same time when it was released that Yoeli Childs got this 9 game suspension.
Mark Poope has to some how to put together a lineup during Yoeli absence. I think Yoeli should play in Maui because it is outside of main land just like we can play extra game in football (I know it makes no sense what I am saying). 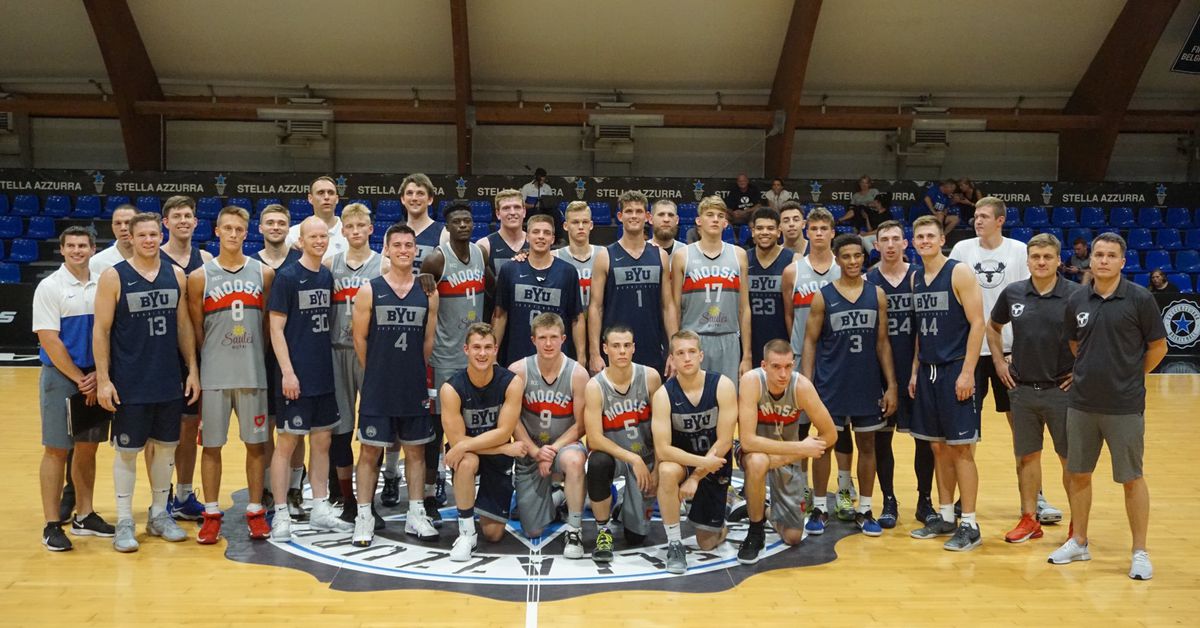 Both games are on Facebook-byu basketball

I watched a little of each game. BYU is Slow, guards don’t stay in front of their man which will lead to unnecessary fouls to big men. Same ol same ol.

Just wondering, have you seen any of Mark Pope UVU games? Any of his players doing the same ol habbits of same ol stuff like our BYU players for several years and now current?

It’s early. Team defense without much practice can be the reason. Playing in Italy. Practicing offense more. Whatever. I’d like to see better 3 point shooting even at this point. Childs shooting against inferior players should be higher but it’s early.

Mark “Poope?” You are already starting the attacks to get rid of him?

I think it is a matter of WB syndrome. Just no speed on the team. And we have glaring holes. PG after TJ, Blaze has speed but so very green and does not shoot well. He is a full year from being a good sub. and 2nd, I think we will see BYU stuggle without YO. I was hoping Baxter would be a fill it up guy but from I see, he cleans the trash and gets put backs but certainly not a go to guy just yet. Seljaas looks like he wants the ball more, Harding looks like he has not changed a bit, which is disappointing. Lee looks improved. So we have holes at production inside without Yo and

Oops! Sorry I didn’t double check. I am looking forward to this new season with our new coaches, including Coach Mark POPE. My eyes are not great like it use to be. My tunnel vision are less than 5 degrees.

I have great vision with my glasses but my thumbs are big and spell check messes me up.

Lol! I need a good laugh,