BYU in a new league? 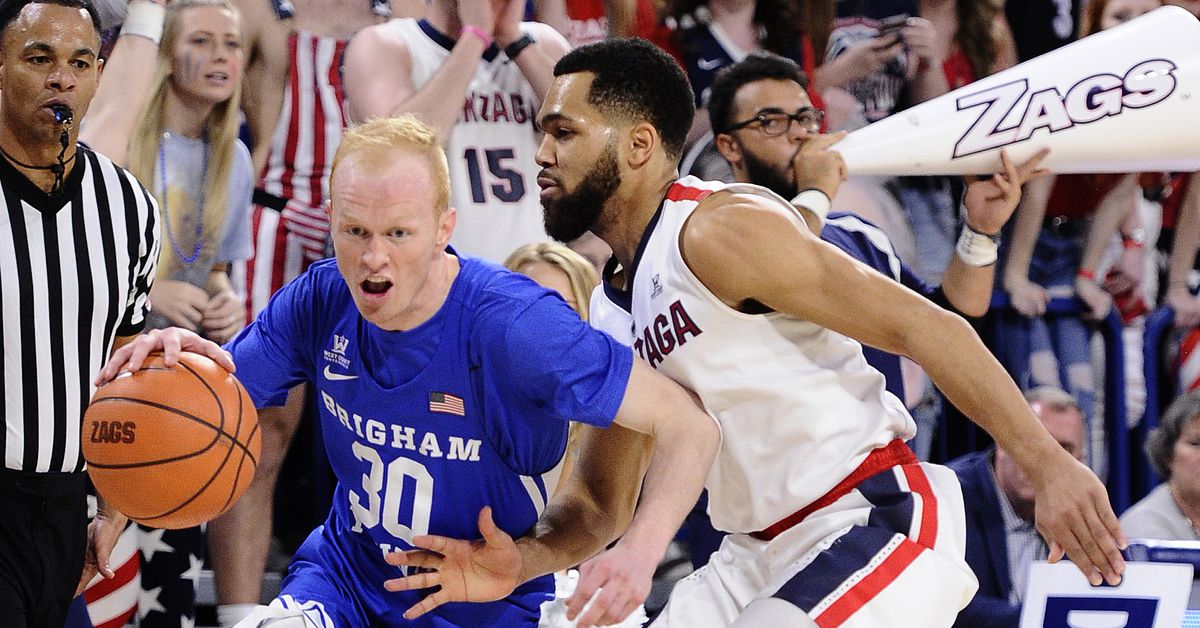 BYU basketball is always going to be limited in the WCC. They should help...

This current system isn’t a great fit. It’s time for some transformative leadership.

Matt Brown wrote this, who is Matt Brown?

Interesting point:
A major reason? The schedule. BYU, along with Gonzaga and Saint Mary’s, has a hard time getting quality opponents, especially quality opponents from the six power conferences, to play them, especially at home. And the WCC league schedule features required games against small schools with small basketball budgets, small enrollments, and RPI rankings that will drag down any profile. Teams like Portland (RPI: 252), or Santa Clara (RPI: 269). or Pepperdine (RPI: 331). Gonzaga and Saint Mary’s can augment their non-conference schedule with prestigious tournaments, but BYU’s Sunday play prohibition limits where they could be invited, making scheduling even harder.
If you’re a Gonzaga or Saint Mary’s, you need to win virtually all of those games and put up a gaudy win-loss record. If you’re BYU, a good program that’s clearly a step behind the other two, a bad loss or two is likely, and can be catastrophic for their computer profile. Gonzaga’s Mark Few understands this. The margin of error for any of these programs is small, and for BYU, due to factors outside of their control, it’s nearly microscopic.
BYU’s decision to leave the Mountain West Conference has been vindicated, as it’s been a financial and structural success for the athletic department, even if the football program hasn’t achieved the heights it enjoyed in the late 2000s. But for other sports, it’s increasingly clear that BYU, along with Gonzaga and Saint Mary’s, has a problem. BYU has over 30,000 students enrolled, dwarfing most of the rest of the WCC. Their athletic budget surpasses everybody, as does their ambition. Outside of their status as a religiously-affiliated private school (and let’s not pretend that means the same thing at BYU as it does at, say, Santa Clara), BYU doesn’t have much in common with the other institutions.

Matt Brown is a solid writer and I follow him, usually enjoying his takes.

Matt Brown is co-League Manager for SB Nation College Sports, the co-Manager for SB Nation’s Ohio State site Land-Grant Holy Land, and the former editor of Vanquish The Foe. He will occasionally post to help give a more national perspective on BYU related news. Matt lives in Washington DC, and has a BA from The Ohio State University. Outside of the MTC, he’s never even lived in Utah, but he’s found that maintaining a spot on the VTF masthead makes him a lot more popular with his Elders Quorum. Matt can be followed at @MattSBN

I’ve made similar proposals and I’m open to this one. Another idea that just occurred to me is a religation concept league. Say you have a league with 24 teams split in 2. Best 12 teams up top together. But every year, we cycle out the bottom 2 or 1 teams and bring up one or two teams. It would make the conference much more interesting on the bottom because pride and schedule is on the line. Plus if a team becomes good over time they naturally become part of the rotation and a team that stinks will fall out. It’s common in Soccer and that’s one of my favorite aspects of that sport.

Matt Brown is a solid writer and I follow him, usually enjoying his takes.

You know, Tyler, that is why I read everything you post. You do research. I usually read every VTF article that comes out because some one is offering insight and ideas that are detail rather than the standard Trib, Herold, D News caned news we get, its all just “radio ga ga” as they say.

My take on this idea. It is pie in the sky so I take it with a grain of salt…would it be good, heck yea, but it will never happen.

In the current environment, it will never change because the decision makers involved have no incentive to change. Therefore we maintain the status quo. Until the situation changes, and the built in incentives, we are more or less stuck unless someone wants to tallk about joining the MWC or AAC or bringing along St. zags as bb only.

And I appreciate your thoughts as well, you provide insights I typically miss.

I will say this…I get the feel that BYU has had it with the WCC. Outwardly, they talk about how it is a great fit being all faith based and all, but I “hear” that folks are pretty tired of 3rd place year after year. You go to a BYU game and your ears are throbbing from all the noise, and introduction would put NBA teams to shame and then you go to a Santa Clara game or anyone of the small WCC gyms and any of our high school games up here in Utah would dwarf those games.

BYU was never meant to stay in the WCC, we were to plant there until the Indy thing settled and then off to P5 land but then the ACC was blown up and $$ bidding wars became the whole deal and BYU was left like a dog without a bone. ESPN is not hemorrhaging, Sling TV, Roku and who knows where TV butts are going to land and how money is spent in the future.

I will say this…The church is NOT going to eliminate BYU sports. We have 100s of millions spent of the stadium, the Marriott, the new bball facility built less then 24 months ago. Our relationship with ESPN and lastly a built in nationwide audience. BYU will land, it just will take longer then anyone thought.

I “hear” that folks are pretty tired of 3rd place year after year.

If that is the case then they need to change what they are doing and play harder and better or complain about the officiating. I am not sure why BYU thought they were just going to waltz into the wcc and start winning the league… that is kind of arrogant and presumptuous.

Arrogant and presumptuous? Sounts like the WCC establishment and the St. Zag WCC control.

Sounts like the WCC establishment and the St. Zag WCC control.

Or a Mormon thing, to answer both questions