BYU in a pickle

We need games and the WCC is coronad out, meaning that if SMC was WINNING, they would play us but since SMC is LOSING, they won’t
SDU, same…postponed

BYU could get an out of conference foe, if it is the right foe (remember what happened to the football team and CC?)

The Corona thing is a total mess. The numbers they give out don’t jive with what they are doing as far as opening things up. It is worse than it has ever been number wise yet they are starting to open up restaurants, 25% indoor church capacity, and schools are going to go hybrid soon where kids come half the time. It has made it all so confusing and perplexing as to what will come next. My parents got their vaccine (initial, follow up in 2 weeks) and they said there were lots of nurses, etc. there but hardly anyone there to get it. Strange because we are hearing that the number of vaccines is limited… and also, it was strange to them that the people working there were from all over the country. There were workers from Florida, Texas, Kentucky, etc. and nobody from California. Just more strangeness to add to the confusion and reality of what is happening.

I don’t think the schools BYU is supposed to be playing in the WCC are being honest about the extent of the exposure and virus in their programs either. It is all so random and confusing. 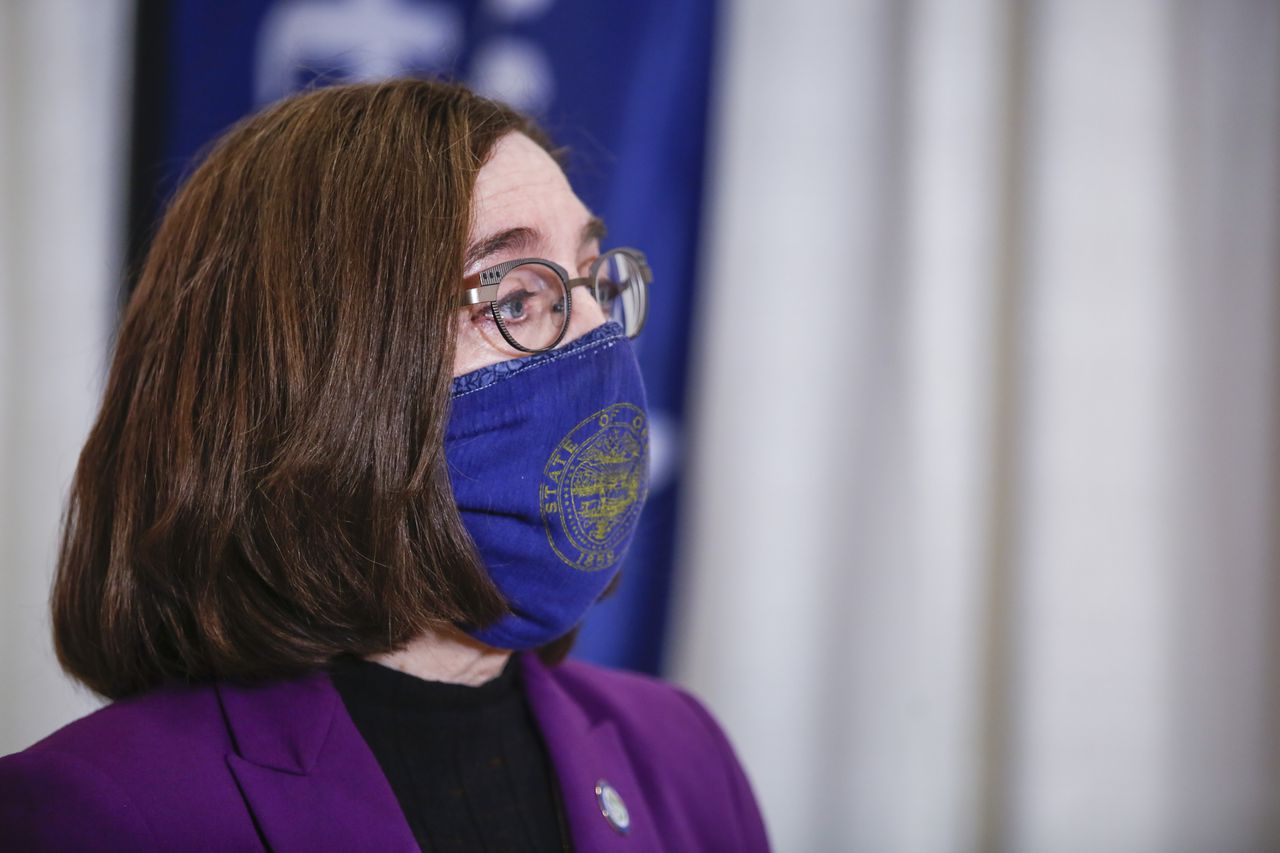 Canzano: Oregon Gov. Kate Brown dropping the ball when it comes to high...

Time for Oregon to let them play.

It’s been completely political from the beginning. Democrats saw this as a means to full control over their subjects by first creating hysteria and a way to oust Trump and Republican control of the Senate.

As too the statistics, most of 2020 we saw in our country of California, relatively low numbers of infections and few deaths in relation to the infected. We would see 2 - 4 deaths daily. But, over the past couple of months, we see 15-25 deaths daily. The infection rate did not jump up by 10 times. My theory is that early on, Trump and most politicians did not want to cause hysteria much like the government in 1917 didn’t want to let the people know the severity of the Spanish Flu. There reason then was they needed young men for the War.
So, what we are getting now are all those who died months ago being added to our current daily deaths.
More death totals but we are opening up more.

Well Oregon has been liberal for a long time except for the east side of the state. A few of the eastern counties circulated a petition to leave Oregon and be absorbed by Idaho. I have no intention of getting in a liberal/conservative discussion, but our county has been locked down in phase 1 for a long time thanks to Brown, but you just have to cross the bridge one mile away to see schools operating at least part time and some athletics going on, plus being able to dine in at restaurants. Craziness as this town is the marketplace for Idahoans that cross over and avail themselves of goods including huge sales of marijuana. I had covid, but I work for the county and was approached on getting the vaccine. The first was ok, but the second caused an unpleasant reaction similar to Covid symptoms

Maybe it’s because you had COVID19 and didn’t need the second dose.
I saw something out of Oregon from an educator that mathematics is racist. A right or wrong answer is racist.

To be 95% protected the 2nd shot is necessary. With the 1st shot we are only 50% protected. I was just talking to a friend and he said he didn’t get sick on the 2nd one. I think everyone is going to be different.

Since I already had Covid I had antibodies already

This whole thing is surreal. My wife and I are helping chaperone the Sadie Hawkins dance tomorrow night. Our son’s play is the following weekend. Sports has been going full-throttle (after a statewide revolt against the AIA, which wanted to cancel the winter sports season). I even have two foreign exchange students from Italy (I was stunned that there were any at all, but we have another Italian, a Spaniard, and a German as well).

In Arizona, the guidelines are written such that schools that want to be open, can be open. It’s completely up to them.

I feel really bad for the extreme lockdown states/cities/counties. The goalposts keep moving — they are going to want masking and shutdowns next school year, too, even with the vaccine. I think bureaucratic inertia refuses to stop — like how it took 21 years to abolish the national 55 mph speed limit, even though the OPEC embargo was lifted a few months after it was installed. Or England continuing to ration food into 1954, well after the need. Society, politicians, and even the Church have been conditioned, and many accept this “new normal.” Heck, General Conference was only cancelled once during the Spanish flu epidemic, and that was much, much worse than this has been at its worst.

It has been a tough thing to deal with here in California. I have ranted about everything on numerous occasions and am tired of doing so anymore.

I am not a happy person for the most part right now. My health is suffering, both physically and mentally. I am not “afraid” because I put my faith first but the rest of it has been a challenge.

What is wrong with your health? I’m just getting old so I expect things to go wrong on occasions.