BYU not in the NIT

So, why did San Diego get in over BYU? Yes, we got beat by them in the tournament. But we beat them twice and Saint Mary’s.

Because San Diego killed BYU in the WCC tourney…

Yes, both of those reasons.

Nobody has ever said money is the only consideration but it is a major one. The peeps in charge have to consider many things.

Your comment about blah, blah, blah beat this team who beat that team is definitely NOT one of the major considerations. It really isn’t a minor one either. One consideration is how a team is playing near the end of the season. That is a big reason why BYU didn’t make it.

Yet Ohio State made it going 3-7? I do t think what happened in the tournament affected anything. It must be bigotry against the church

When the majority of the fan base is glad that they don’t have to watch this team or coaching staff on the floor again … I view it as a reward to the fan base that the NIT was smart enough to realize that the team isn’t competitive enough, coaches arent prepared enough and the fans wouldn’t show enough to make it worth it. Thanks to the NIT!

The majority of the fan base didn’t want BYU in the NIT? Where do you get that from? Only a few pessimistic people in a small forum say it and all of a sudden it’s EVERYONE! Good grief Charlie Brown…

Attendance over the last 3 home games

What was the attendance?

The last 3 games put attendance at slightly over 8,000 people per game. The season average was down a little more than 2,500 fans per game this year over last year. Average attendance for the year was about 10,500 with the MC holding capacity of about 19,000 fans. It is a sad state of affairs but people and students don’t like to go see bad teams!

Most attendees say that was just the reported attendance… which were tickets sold … not the actual people in the MC. Estimates put that figure at about 6,000. BYU men’s program dropped big time this year. 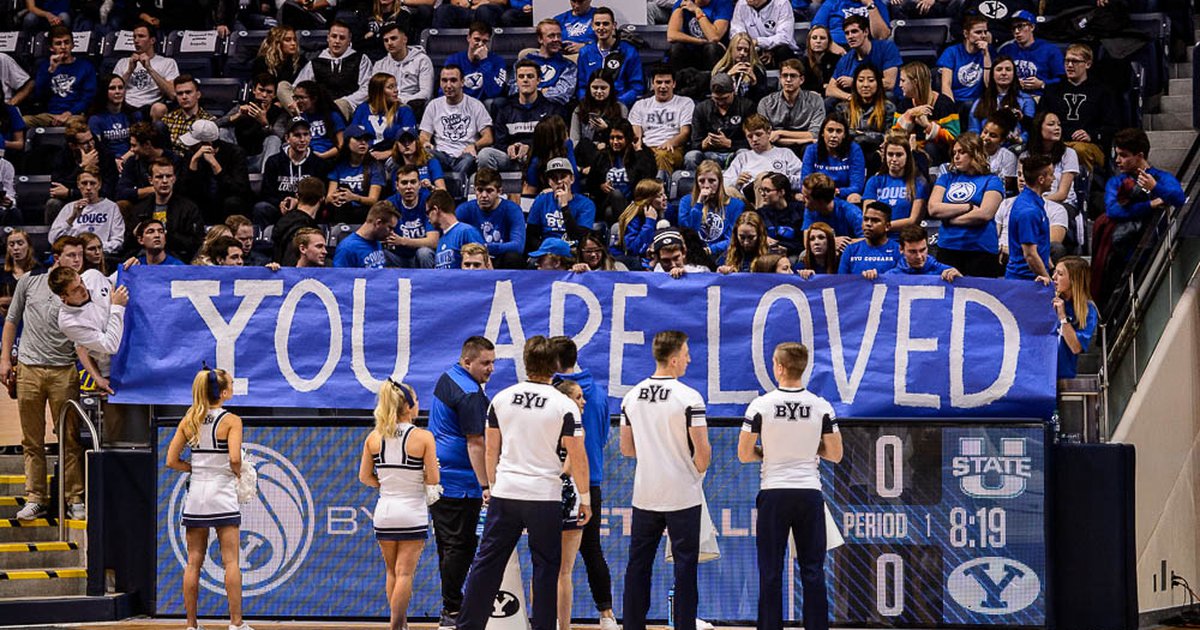 BYU’s men’s basketball attendance has decreased dramatically this season. Are...

Provo • Assuming they won’t be selected to host a game in the National Invitation Tournament or a similar college basketball postseason game, the BYU Cougars will play their final game of the 2018-19 season on Saturday night against San Diego.

When I was a student there I think the MC seating was almost 23,000. I remember many times when it seemed it was almost full. Having 20,000 fans at a game was not uncommon. Apparently the seating has been reduced to around 19,000. I went to a game when I was there in November and it seemed like it was about half full.

BYU gets a lot of fan support and those fans deserve a better product than they were given this past season.