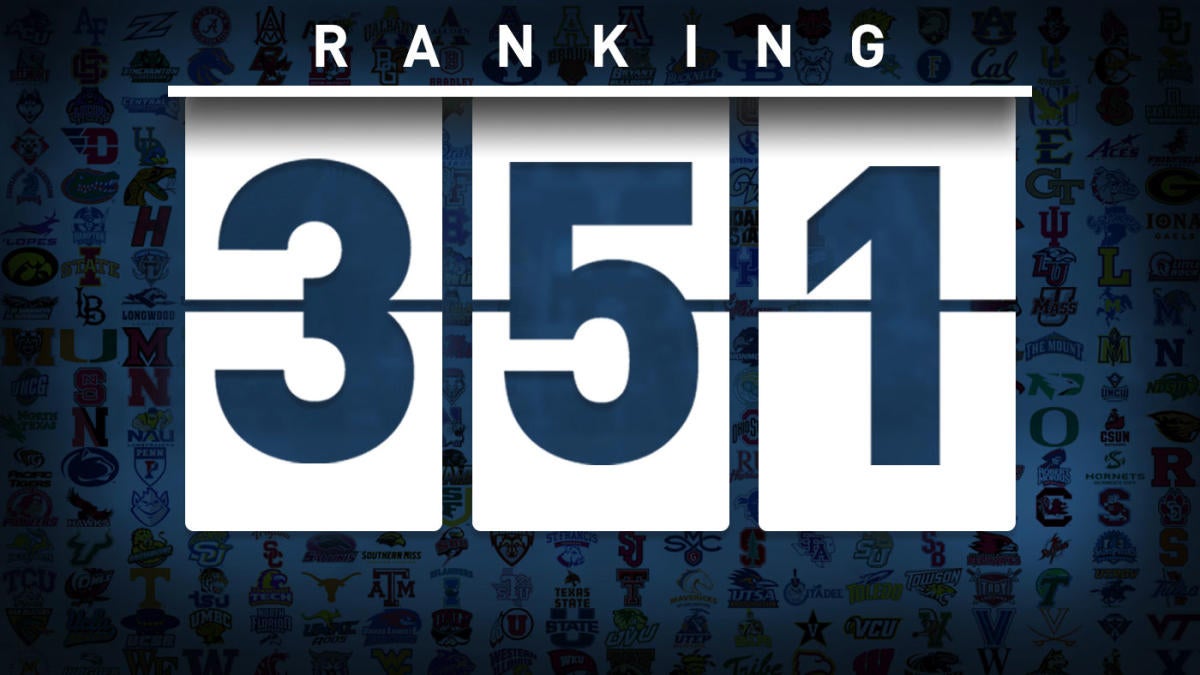 OK, Pre season rankings mean nothing, they never do but it’s fun to show you BBall knowledge or wildest dreams.

BYU is undervalued @ 59. I look at last season and how we were 1 or 2 games out of a Dance invite. I think BYU has the potential to be a top 25 program but with 9 new athletes, it is a matter of chemistry and how long it will take to work out rotations.

The crazy thing here is SMC being ranked #14 ahead of the zags #15.

I think that is where we should be which I think is pretty good knowing KC has graduated. I be shocked if we don’t crack in the 30’s if KC be still here along with 9 young new players.
Preseason means nothing but SMC ahead of Zags is WEIRD or even being top 20’s still WEIRD! That’s okay, both of them will have a huge TARGET on their back.
One more week to go for tip off and fist cup cake game on the 29th.

From national media perspective it makes sense.
From someone following the WCC it doesn’t work so well.
From someone with blue goggles it is laughable…Dave Rose is not that bad of a judge of his own team. He has never been so high on a team…It is a top 34 team without question…

It really looks like they just went through the kenpom projections and said looks good to us and added their own paragraph of justification.

Until the Cougs start proving things on the court, it fits. If this team is as good as advertised, we should move up quickly and despite the relatively weak schedule be in the top 25 by WCC play.

Good post-“until we start proving it on the court” sensible -it seems with BYU fans expectations seldom meet common sense -but maybe that’s the definition of FAN.

When you have been the 3rd best team in the WCC since you joined the conference, I think #59 is pretty fair.

No reason to jump on the hype train at this point.

The conference title runs through Gonzaga and SMC…

When you have been the 3rd best team in the WCC since you joined the conference,

quote from TJ: “I will do whatever I can to help this team win”
quote from Nick Emery “there is no way those losses should have ever happened.” speaking of Portland and Pacific.

“I leave tonight for Italy,” he said. “I’m going to go play on their experimental team out there, hopefully to maybe make their Italian national team, their senior team, so I’m going to be there until the end of June.”

The Italian ‘experimental’ national team is comprised of 18 players ages 23 and under who will train together in Livorno for two weeks starting Saturday. After that, they will play in a pair of international friendly tournaments in Lausanne (Switzerland) and Rome.

How did Carlino, who is not an Italian citizen, get selected for this team?

“They just contacted me,” Carlino said. “I think (it was) the last name and then things just kind of went from there. I don’t have dual citizenship, but that’s what they’re working on now.”

Maybe we’ll see him on the Italian Olympic team in a few years.

Also you should add that Mika has been added to the Abdul Jabber watch list.

Gonzaga is the favorite, they have even a better recruiting year than BYU.
SMC should be #2, they contended for the WCC last year (co winners with GU I my memory serves) and should be even better but…they are still 5 white dudes from the land down under and they are still short. If either BYU or GU play with discipline, no way can SMC hang with either team’s athleticism.
BYU; I say we learn from our mistakes during the regular season and lose to both on their floor but win at home and win the WCC tounry…all the make the big dance with BYU going the furthest.

just listened to Coach Rose on BYU Sports Nation from a couple weeks ago. He basically acknowledged that the team must win against the really weak schedule they have, or they won’t have a chance to dance.

Kenpom has BYU, SMC, and Gonzaga each winning at home and losing at both of the other two. Essentially what happened last year. If BYU can win the other games it is supposed to the WCC regular season will be attainable. Then again it was last year too.

It is very common for other countries to apply citizenship very liberally in order to make US athletes eligible for their national (or professional teams). I’ve seen cases where having one native born grandparent would qualify one for citizenship. I think it’s great for Carlino if he can get dual citizenship. I was never his biggest fan, but he will never play for the US team, so good for him if he can play for the Italian team and have the fun of international play. Many foreign leagues also limit their teams to 2 or 3 foreigners, so if Carlino has Italian citizenship he would be a much more valuable commodity for an Italian club team because they could sign him without counting against the foreign player limit.

It seems college ball is becoming more and more a race not only to form the best “team,” but to accumulate the best talent and dominate physically. Every 20 years or so maybe a Princeton puts a scare in Georgetown, but really, talent wins in D1 hoops. Look at the best BYU teams in the past 40 years: The Ainge Elite 8 team had 3 VERY good NBA players (Ainge/Roberts/Kite) and Trumbo was a huge international star. The #2 ranked Mike Smith team had 1 NBA (Smith) and 3 borderline NBA guys (Toolson/Chatman/Haws). The Jimmer Sweet 16 team had two borderline NBA players (Jimmer and Davies). Our best teams have been when we simply had the best players, and we have NEVER had more elite recruits than we do now. If Rose can’t make a splash with this group, I don’t know what to say…

I’d add KC to the borderline NBA players the sweet 16 year. KC stepped it up big to get rebounds that Davies woulda/shoulda been getting.

So looking at this group of guys, who has NBA talent?

I would say TJ, Mika and maybe Childs at this point. We know what we are getting with Mika, a guy that is active and athletic around the rim but struggles from the FT line. But to say that TJ has NBA skills before he ever plays a D1 game is saying a lot.
Childs can punish, he is big, rangy and has a 40% 3 but I don’t know how quick he is or what his FT % is.
Dastrup is a very smart player with the body to wear bigs down but I don’t think he has the speed to play the NBA game.
Emery can shoot you out of a game as easy as win it for you so he gets no NBA love from me.
No one else on the team comes to mind but with 3 guys I think Rose can get er done.

Harold, thanks for catching my omission! KC definitely qualifies on the Jimmer team as a truly great talent. We all know that that team had a very legitimate chance at the final four had it not been for the Davies suspension. That group matched the Ainge and Michael Smith teams as the most talented in my lifetime (■■■■ Nemelka and friends were a few years before I was born).

I think KC was the only 4 star recruit on the Jimmer teams. I think what made those teams special was the way Jimmer, Emery, Davies, and Hartsock for that matter developed from average recruits into phenomenal players. I was at BYU during the Michael Smith years. We had some great talent then, but they were not really in their prime at the same time–If you were to take those guys and use today’s star system, Mike Smith would have been a 5 star recruit; Toolson and Haws would likely have been 4 stars, but they were a year or two behind Smith. Usevitch likely a 3 star, and Chatman and Brian Taylor either 1 or 2 star guys who later developed into really, really good players. The difference this year is that we have a whole pile of 4 star guys all together, and all in their prime. I really think this is our most talented roster ever.

Regarding NBA hopes–WOW this is sooooo speculative, but isn’t it fun???
Mika: yes. for sure.
TJ: yes. Teams will take a chance on a guard who can handle the ball, play above the rim, and shoot 40%+ from deep.
Emery: no; too small to play off guard and doesn’t really feel like an NBA PG.
Childs: I have not seen him play. But I have some incredibly close, legit sources in BYU hoops and they are raving about the guy’s athleticism; they are calling him a smaller version of Mika with 3 pt range.
Dastrup: No; I have only seen HS film, but on that film he looked too small and slow to hang with NBA guys.
This is a really, REALLY good talent pool. Coach Rose has done a great job recruiting these guys and now needs to show he can win with them.

Sounds like it is about time for a reality check and the voice of reason to step in here. I appreciate what you 3 are saying, I really do. In the worst way I want to witness all of it and I really hope it happens.

I have my doubts.

We play in a small time league with a favored son who has owned and carried the league for the past 20 years. They have earned the special treatment they receive because of what they have done for the wcc. Think of all the money, notoriety and small amount of credibility they have brought to the wcc. That favored status is not going away, regardless of the talent other teams have. Yes, a team occasionally beats Gonzaga in a regular season game but the wcc will do whatever they can to help the Zags continue to keep their ncaa tourney streak alive. I don’t understand the love for SMC but that is something else BYU can do little about. Maybe it is their coach, maybe it is the high school gym they play in. I don’t understand the favoritism when they aren’t playing GU, except for the fact that GU always gets it so maybe that explains it.

Any wcc league or tournament title for BYU will require exceptional play that overcomes the favored status of these other teams. BYU will never get objectivity and fairness… they just have to be extra good.

We will see if they have the talent to be way better than GU and SMC. Being a little better won’t be enough.

, a team occasionally beats Gonzaga in a regular season game

BYU does not “occasionally” beat Gonzaga…BYU regularly beats them. except for in the WCC tournament.

BYU’s problems in the WCC are not Gonzaga but beating the teams they “should” beat.

I think our talent is now MUCH better than SMC. But GU is loaded with 4 star recruits and, as you correctly say, the WCC will do anything to keep them on top. GU has highly touted freshmen this year from Denmark (6’10" Jacob Larsen, who was offered by Duke, Maryland, and others), Japan (Rui Hachimura, 6’8" and listed by ESPN as a top 5 international HS player) and France (6’10" Killian Tillie, also in ESPN top 5 international). Also the big dude Karnowski is back and I don’t care how klutzy he looks, he is a load in the paint. I can’t wait to see Rose throw Aytes at him and tell Jamaal to use all 5 fouls trying to move Karnowski out of the paint.