6’2 guard out of Palo Verde HS, Las Vegas. I think he signed with So Utah out of HS but upon returning from a mission, reshirted and practiced this season with BYU

This kid is the real deal. Looking at his HS highlights, he is a dunk machine who can pass, has Jimmer range and is lightning fast.

He will need a year to get his mission legs back and acclimated to the college game. This isn’t high school. But, he looks good. A bit short but hopefully can do more than Hardnett.

After you posted about this Taylor Miller and I had a feeling our friend Hopper would say something like “RM Rust & need a year to grow.” Yep, I was right. I try to just ignore it or should of just hop on.

Jimmer also was 6’-2" and 185 lbs while playing at BYU. And Taylor Miller sound like fun that he can do more than just shooting like Jimmer range. Glad to have this kid.

Well at least Rose left the state of Udaho for a change.

This kid is the real deal. Looking at his HS highlights, he is a dunk machine who can pass, has Jimmer range and is lightning fast.

I want to be as excited as you are Chris, but signing with Southern Utah out of high school doesn’t get my blood moving much. He is the kind of player that BYU typically recruits though, scores a lot of points and looks flashy… the mr. basketball types.

You didn’t look at his highlights did you? This kid played against some serious high school teams such as bishop Gorman. He’s as fast as any body I’ve seen for a long time

I saw the highlights you linked. My only question is why did he choose to go to Southern Utah? Was that where he wanted to go? Did he have other options? Why didn’t BYU offer him? These are legitimate questions, right?

BYU doesn’t do well with skilled players unless they are from Utah or Idaho.

That is all I am wondering.

I watched the whole thing. The kids he played against were not very good. They were slow and small. So, will his skills immediately transfer to D-1? No. But, with patience from fans, I think he can develop and be a very good player. But, if you think he will step in and start, no. You can deny the mission legs all you want but it’s reality.

I would wonder if other schools tried to recruit him as well. Not for your ridiculous reasons. But, the level of competition would be a consideration. Why wasn’t Duke after him?

Miller looks promising but he’s not “ready.” Next season, he should sit on the bench behind slow lesser white players for the first half of the season then he will be magically ready to contribute, just like Baxter.

Finally you understand. Depends. He might be like Harding. Or, he might be like Baxter. Not everyone has the same learning curve. It’s hard to gage because like I said, the competition by the other teams in that video wasn’t very good.

He has range for sure. Hard to know what his 3’pt % is and how many games it took to compile the high light reel. My impression is that BYU needs to have guards who can break people down on offense. That shows true quickness and decent defensive ability. I don’t like a long range bomber whose highlights don’t show much in terms of breaking down opponents off the dribble. That is why Jimmer was so great. He could burn past defenders and finish at the rim as well as pull up and hit the deep 3. We will just have to watch this kid develop and see if he can gain some muscle. Hopefully Rose will assign him to Worthington for offensive development purposes!! If Worthington is too busy helping other recruits maybe Nate Austin could step in and help? But please don’t have him partner up with Haws in the weight room… 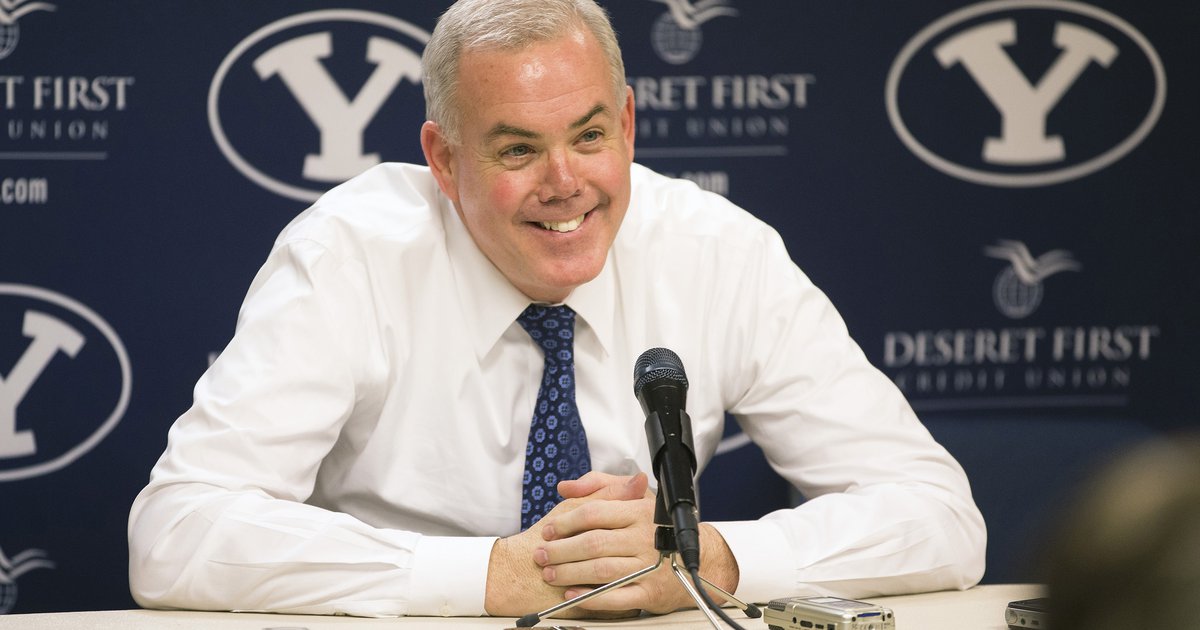 Taylor Miller, a 6-foot-2 guard from Las Vegas, has been practicing with the BYU basketball team since he returned from a church mission to North Carolina late last year.

I want to be as excited as you are Chris, but signing with Southern Utah out of high school doesn’t get my blood moving much. He is the kind of player that BYU typically recruits though, scores a lot of points and looks flashy… the mr. basketball types.

Not a Mr Bball type- I think the So Utah signing was because of his height (6’2) and he really loved the coach there, who has since moved on.
Fact, there are more 6-6’2 basketball players then all other taller players combined AND you are competing for fewer scholarships because those taller players get most of the scholarships so you have to be exceptional. No doubt this kid has way more quicks and hops then Jimmer will ever have and he has his range. I said Haws would be special-remember? better then his brother, yep…so we will see. We are looking 3 years out because of Haws, Wade etc. I see this kid as a shooting guard.

I also like the Knell, the forme cal signee. I know nothing about him other then 6’5 and 12 other D1 offers. Provo • BYU will only have to wait one more year for one of the basketball players it signed this week, but the standard two years for the other.

I wasn’t impressed about the other teams defending him. What I did like is he had a variety of moves including some euro-moves. And, when he did get through the lane he didn’t miss layups. Which is a pet peeve of mine. That and free throws.
As far as his height, I’m not too concerned because of his vertical leap on his shot. Did you see how high he gets at his release point?
His weight and strength you see is 2 years ago. Maybe even his height may be more now. And, I would think he’d be coached by a former guard like Cummard. It looks like Cummard has worked with Haws on his moves and ball handling.

Just heard Miller is redshirting. So, what does that tell you about his current condition and skill?

Ya but he’s redshirting. Just heard on BYU Sports Nation. Why? Out of shape? Can’t hit the broad side of a barn? Motivation? Kind of a Dastrup clown?
Not all athletes come off missions the same. They don’t all have the same learning curve. Baxter needed most of the year.

Hopefully Rose will assign him to Worthington for offensive development purposes!! If Worthington is too busy helping other recruits maybe Nate Austin could step in and help? But please don’t have him partner up with Haws in the weight room…

LOL! on two different points but they are both related. First, this was pretty hilarious. Second, grasshopper thought you were serious about Worthington or Austin coaching his offense up.

So I don’t know which is funnier. I was amused when I read your post, maybe a bit more amused at grasshopper’s reply to it.

They don’t all have the same learning curve.

Your learning curve for posting on this board is at the bottom, moving in a horizontal motion. I keep wondering when it is going to start to move in a vertical direction.

That’s okay. I don’t expect you to understand any logic above the level of kindergarten. Not that I’m slighting kindergarteners