BYU's chances of running the table

I am genuinely scratching my head over Utah @66%, haven’t we lost to those guys 6 straight times…Wisc as only 25% at home and lastly, MSU @ 28%. People are all over the map preseason.

We have a new backfield and our offense is really the big question mark. I’m glad we got Portland to play before the others to see what players end up game day players on offense.

I like the coaches and their attitude. I think there are lots of positive signs coming from the football program. Sitake is a great recruiter, which is the best trait a coach can have… He could recruit for Dave Rose and we would be better off iin basketball… But, it will take 3 or 4 years to fill this roster with Sitakes guys. The D line is key. If we can’t stop the run we won’t win 10 games. I am nervous about that line. The other issue is running the ball on offense. I don’t think Canada is the guy. Not strong enough our quick enough. Maybe one of the other backs will stand out. We have to have a running attack to help out the QB and receivers. The D line and the running backs are huge question marks. How they go is how the season will go.

Whose the return missionary freshman 240 pound fast guy that some say he’ll be better than Williams? Perhaps he is going to be the guy.

He can’t play this year. Sits out the year because of transfer rules.

I thought he just came back from a mission and doesn’t need to wait?

What I read is he chose BYU over Utah State before leaving. And, he can switch without sitting out the year coming back off his mission.

Watching BYU Sports Nation. He’s able to play this year. They interviewed him today and said he’s still has a lot to learn and he wants to get faster. So, he may not be ready to start.

The kid I am talking about is a TE. He signed a LOI with USU before his mission. He came back and enrolled at BYU in Jan. USU won’t release him and he will have to sit out a year.

Okay, drew put out some film on Talutau and he’s impressive. He’s 250 with speed. Hits the holes well with great vision. He said in the interview today he’s having to learn to run against zone defenses. I think he really gives the other running backs a real push for playing time.

And with the injury prone back field rbs and qbs we need all we can get.

. I don’t think Canada is the guy. Not strong enough our quick enough. Maybe one of the other backs will stand out. We have to have a running attack to help out the QB and receivers

Ula Tolutau
A highly recruited Salt Lake native, Ula Tolutau was committed to Wisconsin back in 2014. After his mission, however, he committed to BYU and is immediately eligible this season.

Ula has great size at 6’1", 230lbs to carry a workload this year. He ran for almost 2,500 yards in high school and was named Mr. Football by Deseret News 2013. While he is not the fastest running back on the team, he is likely the toughest to bring down.

Ula is similar to Lakei Heamuli (early 80’s). Lakei was really hard to pull down too. I am not sold about Squally Canada. And I like Hall as well too.

He said he’s working on getting his weight down from 250 so he can be at top speed. When he is, he is the fastest and strongest. He also has great vision, quickness and strength through the holes. He said his weakness right now that he is working on is running against zone defenses.
Canada is quick, fast and great vision. But, he lacked the driving strength. If he can put on some more muscle, he could be what we need this year.

I like the coaches and their attitude. I think there are lots of positive signs coming from the football program 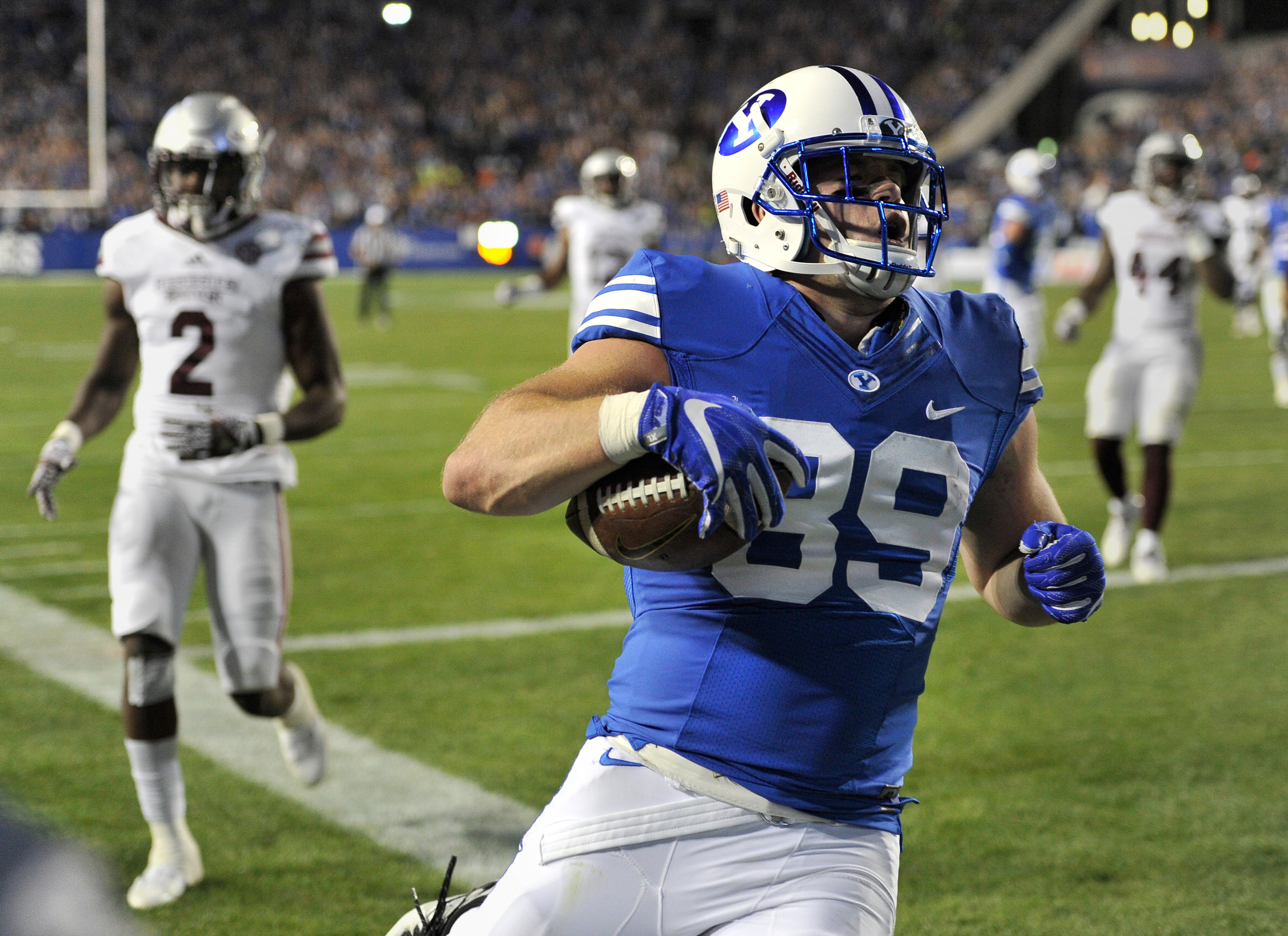 BYU football: Anything less than 10-3 is a disappointment

BYU football needs to break the 10-win plateau this season. If the Cougars don't, it will be a disappointing 2017. The last few months, attempts to predict...

I don’t think it is out of the reason to ask that we win all of our home games (Wisconsin does give me consternation just because they are ranked #9). But to say that we will win LSU/MSU road games is too much for me. We have a history when we go on the road against ranked teams.

Both he and Burt will be good backs in our offense.

Utah lost so many players in the draft, they have so many holes to fill on their O-Line and Defense. So 66 percent is a fair number in my opinion, regardless of history. 6 years… The Utes have had their day in the sun, now its time for the Cougars to get a W. That being said, I would expect Whitt to have those guys up and ready to play in LES.

Brian Logan said something about this team that I found interesting. He said this year felt a lot like 2009; the swagger and vibe around the team. We beat Oklahoma in Jerry World. I could see a similar win being snuffed out against LSU in Houston. However, a few games in the season, the win-out rhetoric began to form and we all remember getting our butts kicked @ Florida State. If some similar hype was formed with a win against LSU, and a few big wins at home, I could see it all come crashing down against Mississippi State.

I think by the time we travel to Starkville, people will have stopped sleeping on Nick Fitzgerald and the Bulldogs. That could be the toughest game on the schedule when considering venue and matchups.