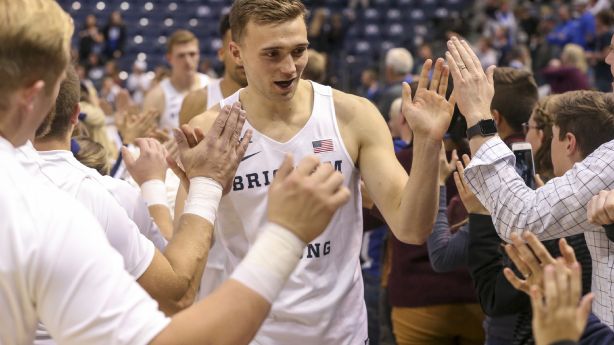 'It's the best time of the year': BYU basketball opens Mark Pope era against...

Basketball is back on college campuses around the country, from the West Coast to the Champions Classic at Madison Square Garden in New York City. That includes, of course, the first official game of the Mark Pope era at BYU.

Jesse Wade’s knee will get exploratory surgery today to figure out why he has been having knee pain since Jan, or as I put it, you[re not getting much time with the addition of Toolson, Knell and Barcello.

When you are a Mr Basketball, that Rose loved to recruit. and you stand 6’ while the others go 6’2 and 6’5 and they are more athletic, it is hard to get time on the floor, especially when Childs has to sit and BYU lost Baxter for the season. I think the emergence of Knell and his remarkable game of 19 over the Tx exhibition leaves Pope with no choice but to use him as well.

There is a glut of talent at guard this year with Sr’s TJ, Seljaas. Toolson, non schoolie Maughan and Evens, and Soph. Harding all getting minutes, then you add Barcello and Knell.

I know this, we will see a ton of small ball this year.

In the beginning, I think we will see lots of Lee down low with the ball. Tx kept us from getting open outside shots until they went to Lee and Childs down low. The high-low offense opened up the outside shot. Of course, we didn’t have the master driver Haws to break down their outside defense. Hopefully his knee is sound.
Nixon looked the same. Can’t finish around the rim and long on his 3’s. If Seljaas is healthy, he will take up Nixon’s minutes.