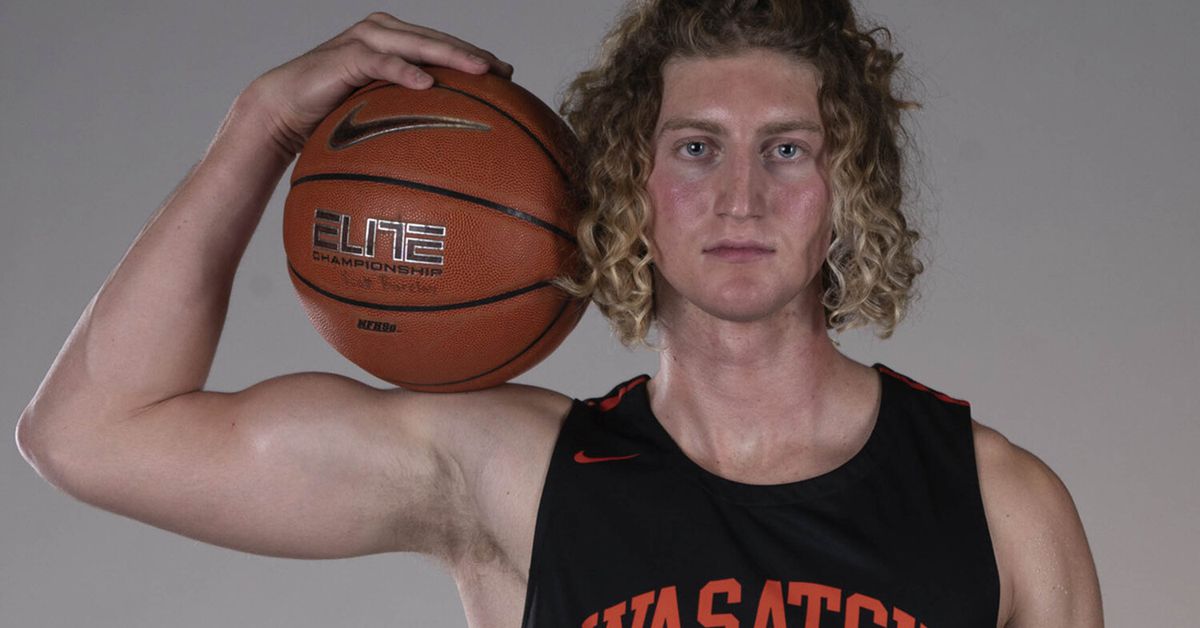 Now comes some suspicion that Pope and Co. “tampered” ie were in communication with said recruit while he has an LOI with Utah.

Coach Kry does not have any options. He can either agree to the release from the LOI, in which case Lohner is gone, or he can not agree and Lohner can still enroll, and play, for BYU just without a scholarship.

Reportedly Lohner pere has been hired at BYU and the family has moved to Provo. If the father has been hired at BYU, what position? and does it come with the common faculty benefit of free tuition for children. If fils plays without scholarship what privileges is he denied that he would have if he were on scholarship? The only one I can think of is books and whatever other allowances.

Krystowhack can’t hold on to players is the true news. Pope is eating his lunch when it comes to recruiting and in the long run, Krysto’s days are numbered if BYU continues to be the better team.

As for Lohner, we should come up with a name for that hair.

So no word from Kry

if he will release him? Caleb father Matt Lohner was hired at BYU sometime ago but doesn’t say where he works at which might explained why he decided to switch to BYU.

Answer Coach Kry said no but his boss said yes.

Update: An Early Look at the 2020 BYU Basketball Roster

BYU has signed multiple players that will be on the roster in 2020 - there is also an important missionary to keep in mind.

Now if only an NBA wannabe point guard shows up for the next little while before RMs get back and in shape.

Good reads thank you. So uou made this up about Caleb father was hired at BYU funny but nice try. U AD is a good man.

Just believed the wrong source; sources actually more than one, including another today debating about his father’s status.