Definitely a different philosophy from BYU 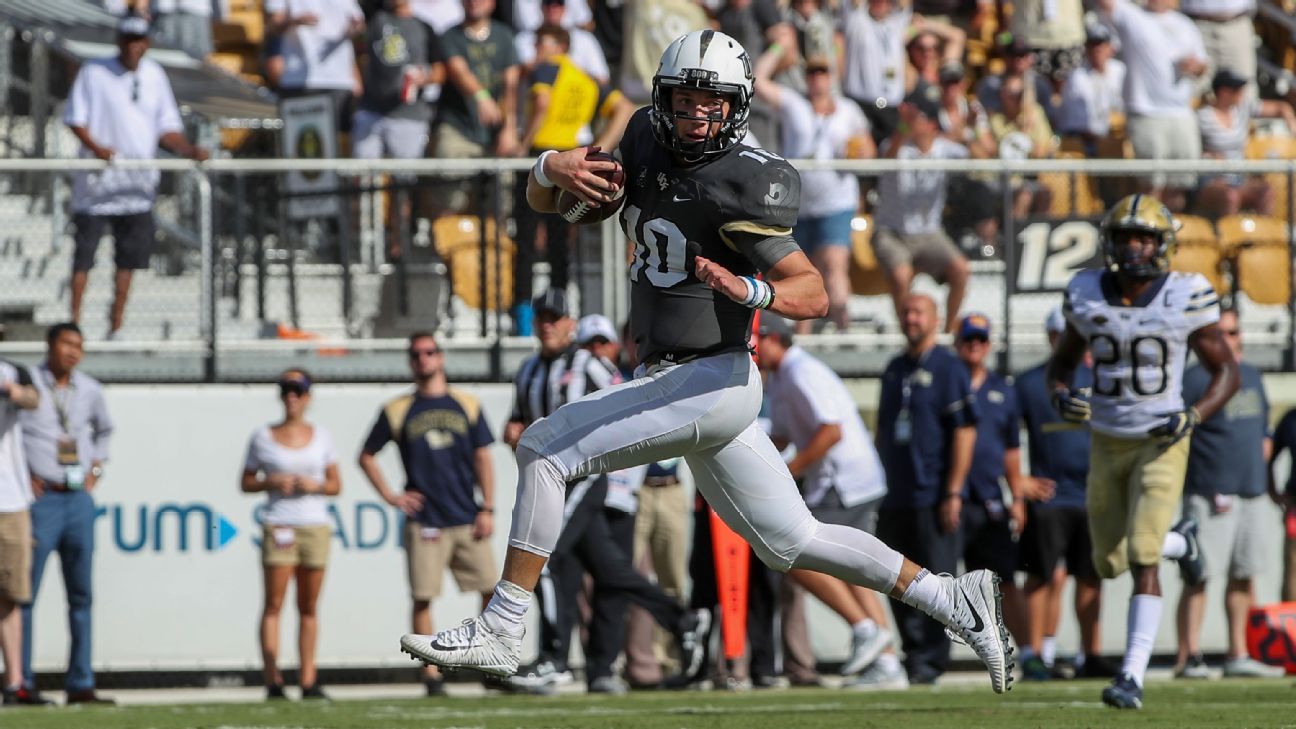 The Knights have won 20 in a row, but the playoff still seems like a long shot. And last year's self-proclaimed national title may be sparking anti-UCF feelings.

"does not have much interest in going on the road or playing at a neutral site for a one-off game against a marquee opponent. ‘What we’re not going to do is start scheduling unintelligently,’ White said . . . ‘I’m not going to put our kids through a brutal four-game nonconference schedule playing in a bunch of buy games with referees from the opposing conferences. If you look at the stats, the visiting team never wins that game. There’s a lot of reasons why. I can’t build a home fan base doing that.’ "

I can’t build a home fan base doing that.’

That says it all right there. Just win, especially at home, baby. BYU is more relevant when they are winning consistently, no matter who they’re playing. Get back in a conference, and then schedule non-conference games with whomever will play us at our place, too. Don’t settle for anything else. Start going undefeated again, build the home base, and become relevant again.

At least he is honest and says what we all know about the P5 schools and their homer officiating. He knows what reality is.

A statement like that, coupled with a self proclamation of a national championship seems just a wee bit contradictory. On the other hand, BYU’s methods haven’t exactly worked out so well either. We could save the season though with back to back wins over Boise State and Utah. Anyone think that’s likely?

The only hope is to not be embarrassed.

Winning one of those games would be nice but there is not much chance of that happening.

Nope.Not at all. Wow, I need ten letters for a response. Whatever rules is this board requiring today. This board looks like the consistency of the BYU football team.

Just when you think BYU has completely lost it, they play great. I told myself I’d be happy if we just didn’t get embarrassed. That certainly didn’t happen. Now they just need some confidence and smarter coaching. There were some really dumb mistakes on both sides. Unlike others on this board, I think the referees did an excellent job. We have nothing to be ashamed of but we have to learn how to have the confidence Boise State has. Watching them on the sidelines, it seemed like they knew they were going to win. We seemed surprised that we were in the game, when we should have been expecting to win. Then we wouldn’t have made the ridiculous mistakes we made, running the ball with no first downs and no time outs. That’s genius level coaching all right. They’re coaches had their heads in the game and didn’t panic until the final seconds. Ours simply did not.

Yeh have to agree, though BYU outplayed them for a good part of the game. Who could look at Wilson and not see the huge gap between him and anyone else on the roster at QB. Reminds me of Hill in some ways carrying the team on his back much better passer than Taysom at the same spot in their careers though. Impressive

Wilson obviously has the talent, but he is playing for BYU so whether or not he acquires the mental confidence he needs remains to be seen.

It is all in the head from here on. I yelled “throw the ball” at least 10 times before he was tackled on that last play. That was high schoolish on his part, not even college level decision making. It happened a lot and some of it is inexperience but he should be better at that aspect going forward. He has to be or nothing will change.