Former Players Give Their Opinions

The Deseret News has a great article this morning that is comprised of several tweets from former players. Not surprisingly, those from the Bronco era discuss the lack of accountability and physicality. 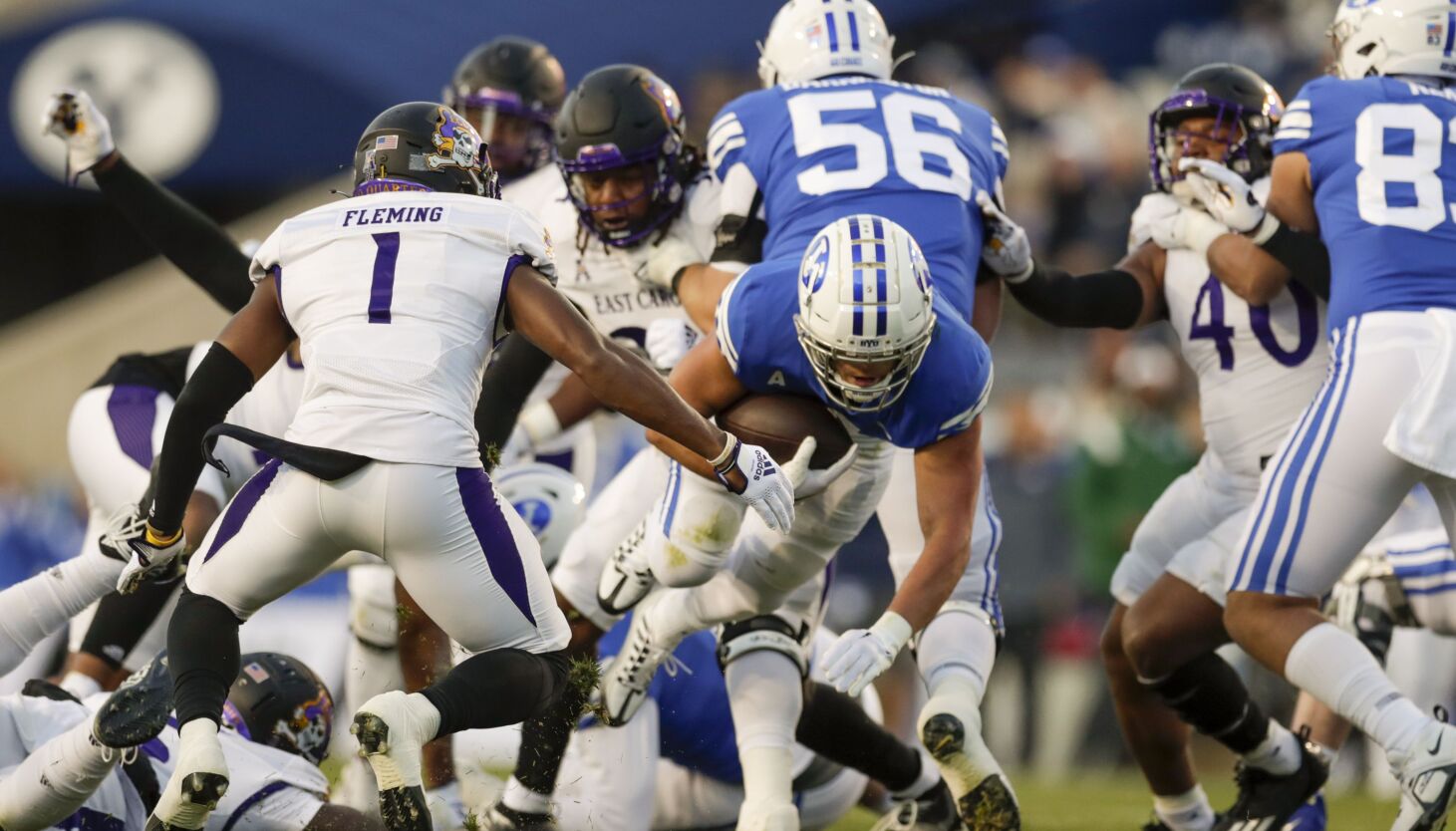 BYU’s 0-for-October slide had former Cougars weighing in on what ails the...

I was most impressed with Adam Rich’s take:

"Thoughts: I’ve been a part of a 4 game skid. Coaches lost their jobs, players quit. We had to reestablish the identity and standard. Only way to break out IMO: 1. Accountability player to player. If you weren’t selling out, you didn’t play. Talent doesnt neglect you from this.

I think we all agree with Adam. Several of us have questioned the injury thing. What it seems to be about at BYU is too many are thinking $$$ in the NFL like they do in basketball with the over seas opportunities. But, to be fair, how many fans are saying Hall shouldn’t play and yet in the NFL you see QBs with some shoulder soreness playing through it.

. I noticed at the start of the game Saturday the same running play over and over and they threw a couple of long passes and nothing over the middle on the first drive and then bogged down and kicked a field goal.

Andrew George said as much on twitter, something to the effect of, “It feels like the middle of the field is a complete afterthought in this offense. That’s where you move the chains. Everything can’t be down the field…”

(20) Andrew George on Twitter: “It feels like the middle of the field is a complete afterthought in this offense. That’s where you move the chains. Everything can’t be down the field.” / Twitter

Read the Tweets below George. A lot of chatter about the lack of TE involvement. The one I liked best:

Holker was the canary in the coal mine. Rex is being wasted. Hall is not good

The TE thing is certainly perplexing. Rex is a TREMENDOUS player. For some inexplicable reason Rex is no longer a major part of our passing attack, but he still made what I would call the best play of the game by a BYU player vs ECU.

Go to ESPN, click on the BYU v ECU score, and then “videos.” Watch the block Rex made on Roberts’ TD. Then make a big bowl of popcorn, breakout your favorite bevvie, and watch Katoa’s long TD run over and over again. Rex BLOWS UP the DE so hard that he backs him on impact into the DT who had just blown by our C (Connor Pay) and could have ruined the play. Rex exploding the DE into the DT slows the DT long enough to let Pay (credit Pay for not giving up when he got beat initially) regain contact on the DT. Basically Rex blocked both guys at once. And it was beautiful.

Before the season started I would have predicted 5-7 targets per game to Rex.

Another excellent point from someone who watches more than just the scoreboard. It is sad to watch what has happened to this team since the beginning of the season.

I don’t know if anything can be done about it. Bowl eligibility is certainly not a sure thing.