I got to catch most of the Duke/Kansas game tonight. Frank Jackson played 30 minutes off the bench, almost exclusively at the point. Early in the game, the ESPN announcer said Jackson is “the most athletic” player on Duke’s team–high praise. He scored 20 and 19 in two warm up games (like our games vs BYUH and SPU). Tonight he was definitely never the primary option on offense, but made the most of his limited opportunities and scored 11 on only 5 shot attempts. Am I supposed to root for him? Or not? He did de-commit after all…

Why wouldn’t you root for a good Mormon boy?
Especially one who decided his mission like Jabari’s is Duke and the NBA.

I catch flack for saying this but my attitude is the same as it has always been. I want BYU to get every top LDS player in football and basketball. I want BYU to get every one of them. If all the top LDS kids went to BYU they would likely be in the top 10 every year and that would put to rest most of the reasons blue chip LDS kids opt to go elsewhere ie; an easier path to the pros, playing for a big time powerhouse etc. BYU would have those selling points. Unfortunately it won’t happen. Kids would rather go to an established powerhouse rather than be a part of building one. Let BYU get the top LDS kids and let Utah State, Weber, and Southern Utah fight over the leftovers. Utah is beyond leftover LDS kids but let the have not fight over the leftovers, let BYU get all the cream of the crop, and let Utah have the typical NCAA jock. Those are my true feelings for better or worse.

Frankly once a kid decides to go someplace else I don’t care one way or the other how they do. I am a BYU fan and I want all those top LDS kids at the Y.

Frank Jackson would have to fight for minutes with the Lone Peak players so I’m not sure why he would want to be at BYU.

That is probably why he transferred to Duke, where he is getting more playing time than he would at BYU.

Frank Jackson is a Lone Peak player who was coached by quincy lewis and helped tj win his legendary 4th straight state hoops championship. Unless I’m counting wrong that also means he played on the mythical high school national championship team too.
He’d fit right in.
Assuming the Cougs do as well this year as it looks like they might. It would be fun to see a Duke BYU meeting at the dance. The stories about that year would be good press for BYU’s chances in the 2017 dance qualification year.

Well, he would have been part of LP4. He did played some 30 minutes last night which I careless about the game Duke/Kansas. I was surprised he played a lot but that doesn’t mean I will follow them. And he didn’t transfer to Duke - he decommitted BYU. Before his senior year with LP he did say he was not comfortable with BYU or whatever he said. So you really think he wouldn’t be playing much at BYU - nonsense.

Careful what you wish for against Duke in ncaa. I think not. We saw Utah got beat every single times against Kentucky in ncaa which I like that.

I really don’t get your hostility toward Lone Peak. Off the top of my head Jackson Emery, Tyler Haws, Nick Emery, Eric Mika, and T.J. Haws have played for BYU. Maybe there have been others that I don’t remember. Which one of those guys couldn’t have played regularly for 95% of the college teams in America? Rose would have been a fool not to take advantage of the Lone Peak pipeline. If we were talking about mediocre college players I could see your point. Every one of the guys I mentioned are really good. I doubt signing those players has cost BYU anybody who was better than any of those guys. It may have cost them a few guys who wouldn’t have been starters anyway but who cares. It is a matter of whether you would rather have a player who is really good or a few mediocre players who transfer who wouldn’t have played a lot anyway.

I remember Casey Black whining about all the local kids Rose signs instead of running all over the country trying to sign McDonald’s All Americans he had no shot at. Rose signs the best players he can get. He would be an idiot to go around the country wasting his time trying to sign players he only has a marginal chance of signing and miss out on the ones he has a great chance to sign. BYU now has 5 ESPN top 100 players on their roster. That is unprecedented to best of my knowledge. They have the Lone Peak 3 and Childs and Dastrup. That sounds like smart recruiting to me.

BYU loses their share of transfers but seem to get more good players than they lose ie; Matt Carlino, Kyle Davis, Chase Fischer, Elijah Bryant, Keena Young (I think Cleveland signed Young before Rose became head coach), and L.J. Rose. All of those guys are, or were, starters except Bryant and he will probably contribute plenty before he leaves. You get a few and you lose a few. BYU seems to get better transfers than they lose.

Austin appears to be the only player you missed.
Still not sure why he digressed after his freshman year. His mission gave him time to decide he was a different type of player and he never got back to what he was before.
Not that he wouldn’t have had playing time on most division one teams anyway. But he wouldn’t have the major minutes on any team the rest of the Lone Peak pipeline would certainly have obtained.

I’m pretty sure Austin would have gotten at the very least solid backup center minutes on all but the top few schools in the country. He was a legitimately good rebounder, defender, and had good athleticism and a great attitude. We also forgot Josh Sharp, who played at LP. He was too skinny and never panned out, but he did have a dunk against Va Tech that we will never forget, so at least there is that.

For a school like BYU, I think getting any ESPN top 300 player is considered a real “get”. To have 5 is OUTSTANDING recruiting by Coach Rose. Mika was #28. Emery was #45. TJ was #50. ManChilds was #53. Dastrup was #95. We have never had a more impressive group of Freshmen/Sophomores together at BYU.

He did not play on the mythical chmpionship team and he would have a hard time fitting in. Durant is not fitting that well on golden state…
Too many stars clouds the sky and blurs things…

It isn’t “hostility”… but it would be nice to see it translate into something meaningful. I don’t really like the recruiting of grade school players and stacked high school teams. That is my real problem with it… So Jaws has played on 4 state hs championship teams… Big deal …

Ummm…Duke, Kentucky and others have 5 five star players on the floor all at once all the time. In College, it’s easier to do than the NBA. But that isn’t GS problem. They lost some key players that makes it more difficult for the three stars. And they lost a good assistant now the Lakers coach.

I was posting from a smart phone… why it feels the need to spell check everything I have no idea. This is not the first time it has happened, nor will it be the last.

Yes, GS problem is too many scorers and not enough touches for all of them.

I hope that isn’t BYU’s downfall… Emery needs to take 15-20 shots a game whether he is making them or not.

After teaming with TJ Haws to win yet another Utah state title for Lone Peak, Jackson spent the summer tearing up the AAU circuit 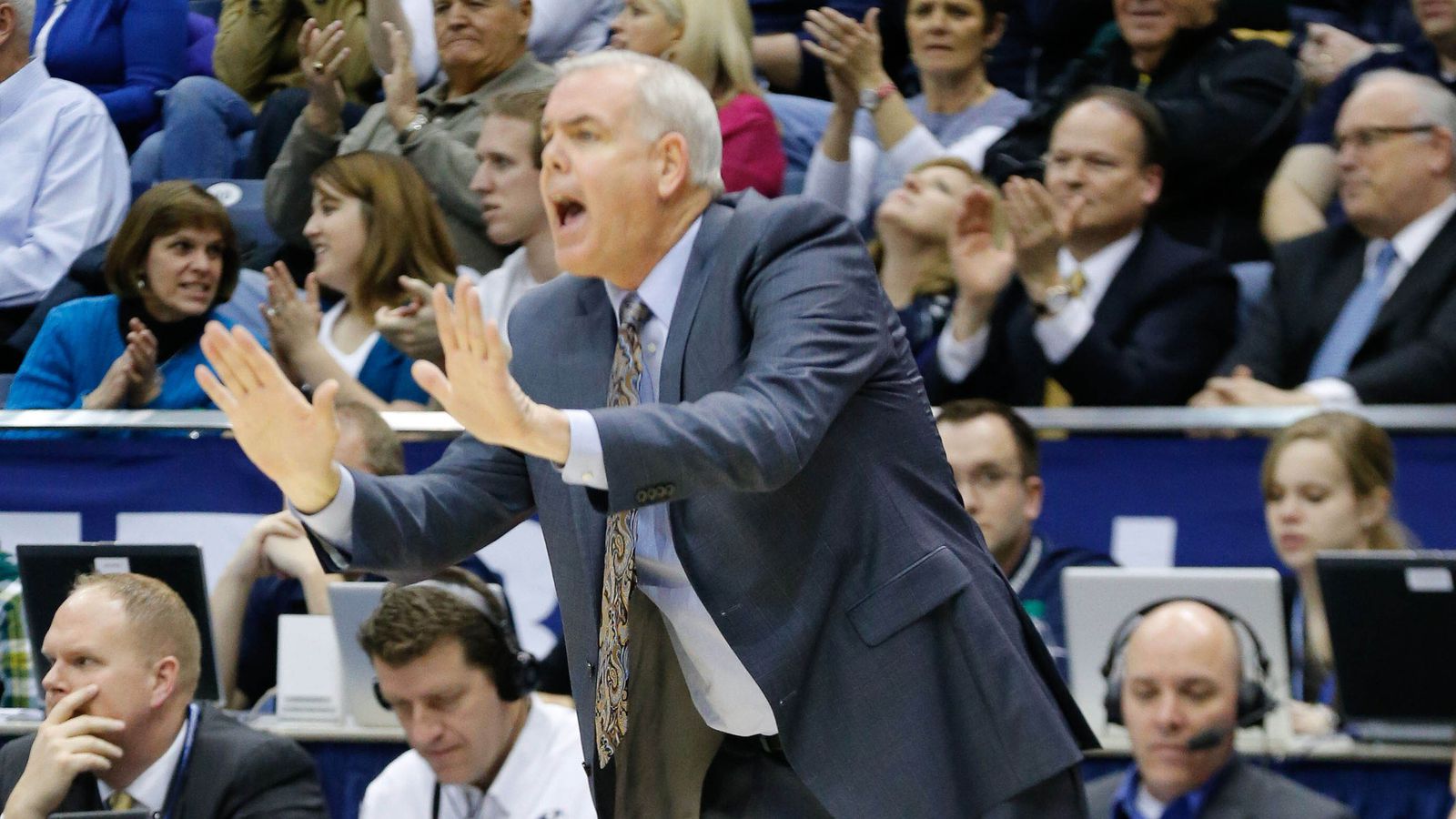 Frank Jackson has reaffirmed his early commitment to BYU — for now. How nervous should Cougar fans feel about potentially losing the talented prospect?

I heard an ad during the Gonzaga game touting duke whoever saying 14 4 star players.
BYU’s 6 should make them reasonable competitive with the elite…with a bunch of assumptions of course. But the ESPN 4 stars should put them in the conversation…

After teaming with TJ Haws to win yet another Utah state title for Lone Peak, Jackson spent the summer tearing up the AAU circuit

Yes, that is correct. However, he was not a part of the LP3 - Emery Haws and Mika - that won the supposed mythical national championship. That happened before Jackson got there.

Are we clear on that or is another post coming… ?

Jackson would have made BYU a lock final 4.

Played a big role in Duke’s game and will be a big part in rotations if not as a starter.

Harold: great catch!!! Yes I did neglect to include LJ. LJ was #63 in ESPN’s class of 2012. I’m not sure whether he can shoot–his shots looked very flat in game 1–but I love his poise, his passing, his man-to-man defense, and he appears to have a very strong upper body and enough hops to be a good rebounder. I think we will love his game if he can just stay healthy!!