According to several sources the biggest hang up for BYU going to the Big 12 is FOX sports does not want them.

They are the ones that does the Big 12 network, and basically they want to expand in the East not the West (ESPN territory), so expect UConn to be invited instead of BYU.

Time will tell, but I have a feeling this may be more based on Sports TV controlling the game than if BYU is a better fit.

Don’t shoot the messenger, just letting you know what I have heard.

Sadly, in the end, it is all about the money.

How about backing your rumors up with articles? How do you justify the rumor that the B12 is looking at CSU now? Folks say that CSU is in the running for their Denver market…me, CSU would be a perfect travel partner for BYU. (I would take BSU over CSU)

I’m with Fish. There are stories every week about the Big-12 expansion. Even if what Floyd is saying is true, without an article, a quote, etc, the net result is nothing. For all we know, this rumor was started in KC Black’s mind.

Chris talk about “OVER REACTION”…

Do you know what the word “Rumor” means?

The Big 12 is “looking” at a lot of schools… that means NOTHING at ALL! How many times did they look at BYU…

A friend of mine who grandfather is a major cougar donor said he follows this guy that is one of the experts on college football, he mentioned that the real issue is what FOX Sports wants. They are trying to expand in the NorthEast and south… BYU does not fit that model (neither does CSU).

like I said… It is a rumor, but I will try to talk to my friend to find out if there is a link to the website or if this is something was said over the air.

Craig, Sorry I did not stop my friend in church to get the exact information of what and who he was saying, even if it was on Mother’s day, I should have taken time to do so… I mean look at all the RUMORS proven wrong on this board when they have Articles, quotes, etc…

So in accordance with the new rules of supplying links… 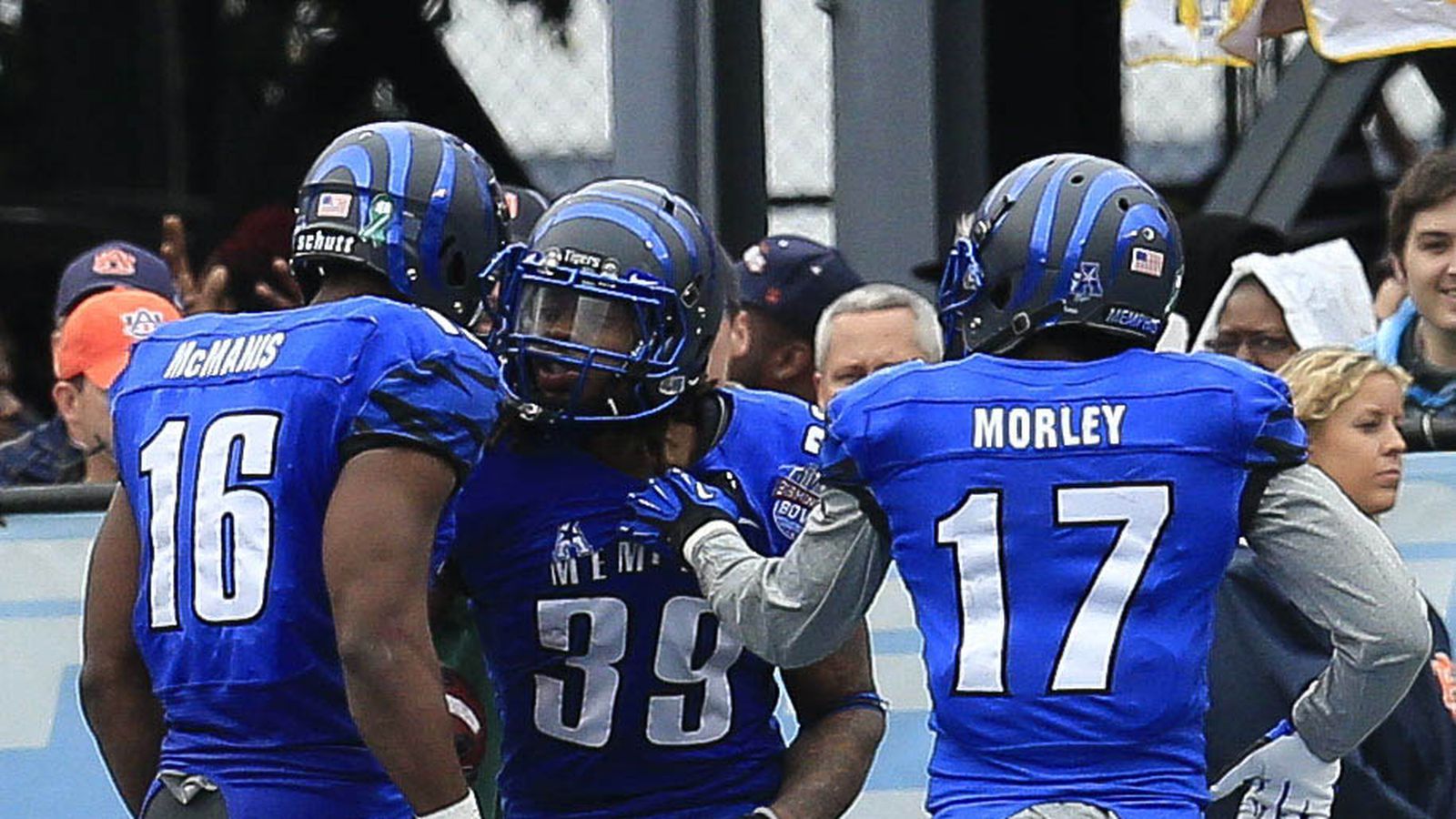 Is everybody but BYU making a formal Big 12 pitch?

Records show even more schools are formally reaching out to Big 12 administrators about getting into the Big 12, but BYU is nowhere to be found.

Not sure this means anything, but I find it interesting

That’s because BYU already has a signed letter with the B12 already.

That rumor came out early in the year.

i actually did hear that BYU president personally met with Big 12 officials last fall…But never heard any details about the outcome of the meeting.

I heard this from Matt on Rise and Shout Podcast that he heard that Barry Switcher felt that BYU should be in the Big 12. My thought which was nice of him to say from Barry but not so nice back in 1984 NC. And found this from today KSL that FOX SPORT too felt BYU would be welcome. May not be the same Fox you mentioned. 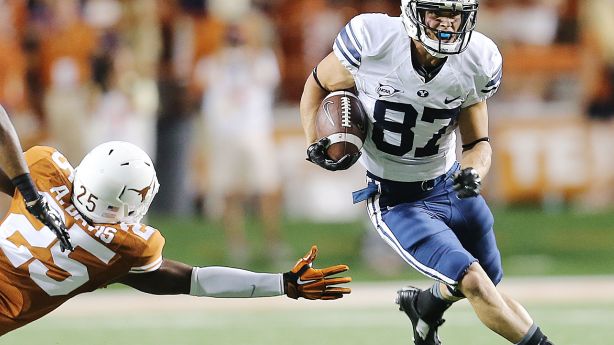 Some big names are going public in believing that BYU is the most logical candidate if the Big 12 decides to expand. While BYU may be the best option, the question remains whether the Big 12 actually is interested in adding at least two teams.

here is what Berry Tramwel says on Sports Nation. 16 minutes all about Oklahoma and what Boren thinks. Pay attention to the last 3 minutes.

I found this on the OSU sports vine. 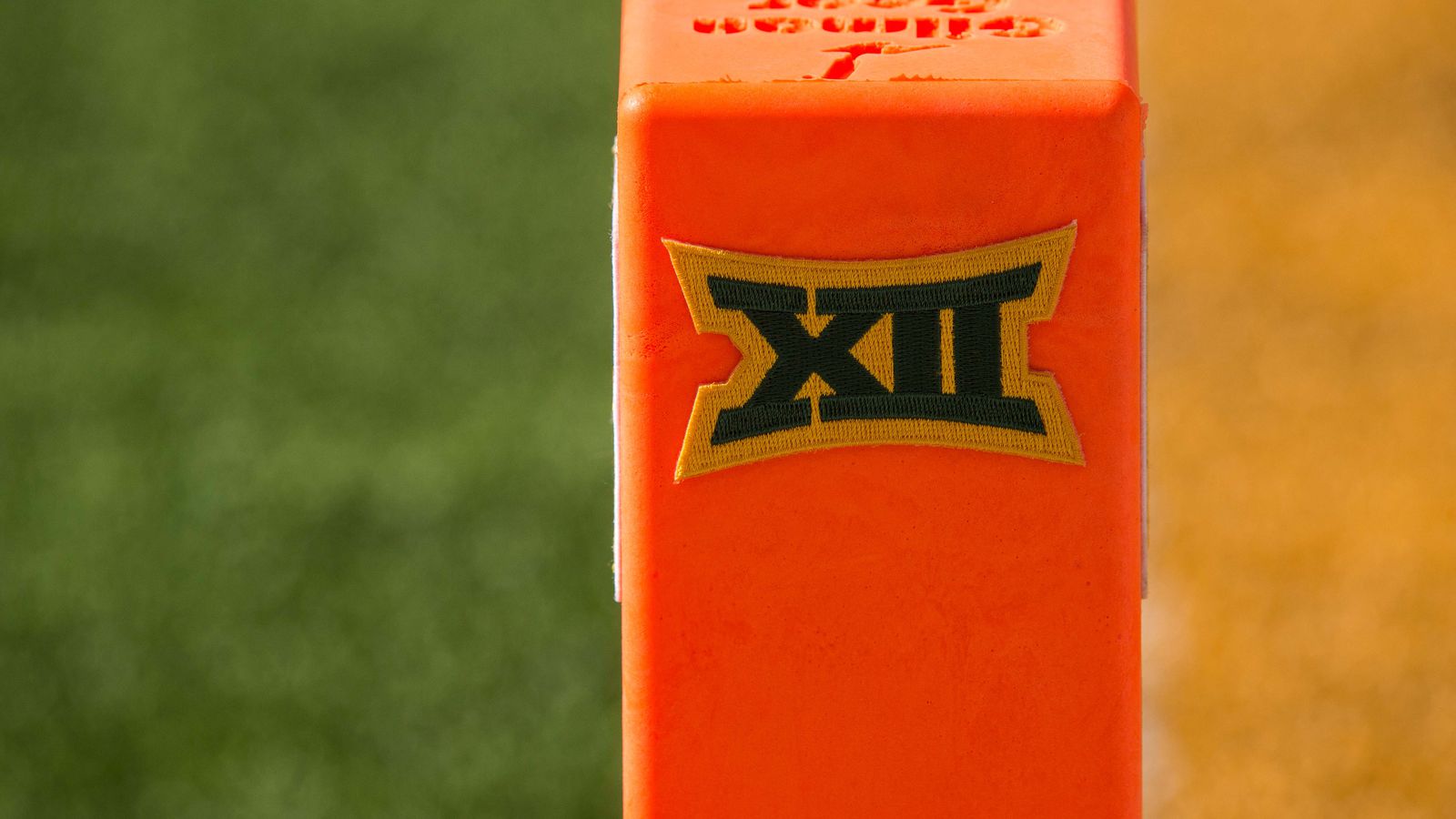 Big 12 Expansion: Where Should We Put The new Teams?

Everyone wants to talk about who we should add to the conference. What I want to know is, where do we put them?

a good read and in the comments at the end, everyone chimes in how the 2 divisions should look.

The most important points of this discussion may not have been talked about at this point.

Before Texas, the elephant in the Big 12 will more towards expansion, the Long Horn Network, LHN has to be resolved. The Big 12 wants to have its own network and for that to happen, Texas has to let the ESPN deal either go or modify it greatly.

Floyd: Do you want a cigarette or a blindfold? Just kidding. I think there are more rumors out there than facts on possible Big 12 expansion. I am with Jaroam Jordan, who says that he just wants to hear it WHEN the Big 12 expands, not maybe or rumors. Personally I would take a blindfold. Ha, ha. BB

That Tramwel guy really had some good things to say on the BYU SN today, the most enlightened stuff that I have heard about possible Big 12 expansion.

Texas is the problem. They have their own $15 million per year contract with a TV network and are not willing to give that contract up. If the Big 12 went to 16 teams, each team, for the duration of the contract, could donate $1million per season to Texas for giving up that contract and Texas would not have to contribute.

A new TV network could be made where all teams would benefit far more than the $1 million per year donation to Texas.

BYU could offer a co partnership with the Big 16 to use BYUtv under the name of Big 16 Network for sports and BYUtv for everything else including post game rap up of BYU games.

It is not that easy and the idea of any school donating 1 million dollars to Texas to take care if its LHN contract is laughable. K state makes millions more from its 3rd tier TV rights than any P12 school, which has been a disaster because the P12 owns their network rather than partner with a Fox or ESPN as the Big 10 or SEC did.

So it is very convoluted stuff we are talking about here.

And no, Ron, Expansion is not just about a Big 12 TV network…it is all about making the payoffs…er, playoffs.

fish
I don’t understand what you are tellilng me. ??? Sorry.

“It’s all about the playoffs and Big 12 Network has nothing to do with it” ???

We are either reading different material or not reading at all !!
Big 12 Network is a major reason for expansion along with better access to P4 playoff.

Borland and maybe one other big 12 school are talking forward thinking in terms of the big 12 TV network. Texas does not care, they have their own network. The other schools are making plenty of money from their third Teir TV rights. Like I said this is a very convoluted subject

Only Oklahoma and Texas really have a voice in the big 12. Every other school is just along for the ride. Think of Byu back in the wac days.

I mentioned the P 12 because they are not making much money at all for their schools, may be $1.4 million per school at most. I think K state is upwards of eight to $12 million for their TV rights with Fox. They certainly don’t see a network as a must