Looks like this is for real. I hate to lose this coach, and going to Utah makes it even worse: 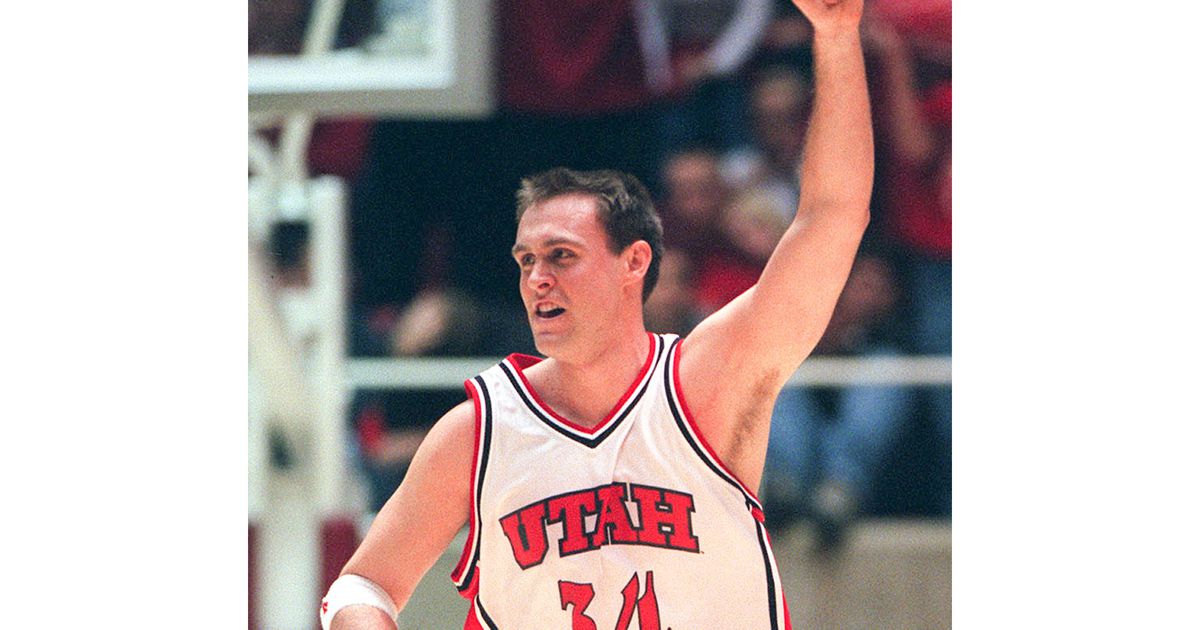 Cougars basketball assistant coach Chris Burgess is expected to leave BYU for the same position at the University of Utah, multiple sources have told The Salt Lake Tribune.

Judkins should hog tie him and beat some sense into him. Maybe Burgess just doesn’t want to compete in the Big 12. He’s scared.

Here is the Desnews report

say it ain’t so…I would have to wonder that it was burgess that got Treore ready at center. wahahaha.
Utah got a dang good coach.
Now we will see who Johnson signs with

Now we will see who Johnson signs with

I don’t remember of who is this Johnson player?

I had no knowledge about Chris Burgess when he chose duke. Roger Reid should have let it go and say nothing stupid and move on. Chris burgers could have transferred to BYU but what do I know. Yeah he is moving on to Utah his
Alma Mater and bigger pay $$$! Bad timing when comes to recruiting.

Next question who is going to be our next assistant coach?

Roger Reid should have let it go and say nothing stupid and move on.

I think the comment Reid made was more a over reaction of the media, rather than Reid saying something stupid.

From the sources I heard from, Reid said his comment as a “Joke” and even Burgess himself did not take offense by it because he knew Reid was not serious.

But because Reid was not well liked by the media, they jumped on it like a bunch of hyena’s.

Utah got a dang good coach.

In the article they credit Burgess with Treore and Atiki development. That will hurt short term.

Now we have to wonder who will replace Burgess? Maybe Peterson? Perry? Madsen? (See the article I posted for more about these coaches)

Or do those two go to Utah?

I was always surprised at Burgess’s lackluster career. He did nothing at Duke, and also nothing at Utah. I don’t think he ever played against BYU ---- wasn’t he always injured?

He was a good guy but a mediocre player.

The reason he is going to Utah is because he will get more money, but taxpayers will foot the bill and there is no accountability for that. This same way of doing things is the main reason we have high gas prices, high food prices and out of control inflation. No accountability…

If Biden was president of a privately held company instead of POTUS he would have been fired by now, not to mention likely never elected to his position.

In case anyone was wondering, we are not headed in the right direction as a society and country.

I heard on the Ben Shapiro radio show that a new survey says the number of teens that say they are LGBTQ has doubled to 7.2% of the teen population in just 3 years. We are headed to a Roman Empire fatality.

You have no idea what is coming down the pipeline. Based on my work experiences/personal observations that number is going to rise in the coming years. It is really a depressing scenario because it is bad for everyone. First it creates a lot of confusion and chaos. The worst thing is that it sort of denigrates those who do have same sex attraction. I honestly feel bad for those people. It is kind of like the transgender swimmer situation. Think about how hard so many have worked and struggled to gain acceptance for a real situation, like girls who worked their whole lives to become the best swimmer they could be only to have it ripped away by someone who isn’t happy with who they are. We live in very strange, bizarre times. This country is rotting from within.

Have you seen the news on the fentanyl epidemic? Interesting that the chemicals used to make the drug (mostly in Mexico) come from China… Wow, who would have thought?

The sad thing is the suicide and depression rate has gotten worse instead of what the progressives thought would happen.

Progressives and their media driven agenda are destroying the younger generation in our society. All of it, social media, indoctrination and everything associated with it are ruining lives.

Elon Musk is showing how much power the head of Twitter is over media content and social media content. Twitter controls CNN, MSNBC…and Facebook and others. They also control Arab oil as well. Check out the Arab oil tycoons who are trying to keep Musk from co trolling Twitter. The CEO of Twitter is a professed communist. So, you have communists and fascists controlling speech in the US. What people who are LGBTQ or Jewish or Christian is communists and fascists hate these three groups of people. If we fall as a nation, these groups will be the first to be killed off.
Did you also see that the Securities and Exchange Commission suddenly decides to investigate Tesla today? Coincidence? Not likely.

I don’t remember of who is this Johnson player?

you guys have short memory
Isaac Johnson, a former Top 100 basketball recruit, wants to play in Utah. These are the schools he’s considering. (msn.com)

Two years ago I posted often that Pope went after Spencer Johnson but the real prize was his bro. Issac, 7’1 top 100 player that signed with Oregon before a mssion. Now that the mish is over, Issac does not fit in the Oregon culture and wants to come back to Utah.

1 He loves what the USU coach has done with big men
2 Burgess to Utah could swing him that way
3 I always said that he wants to play with his Brother but then sometimes brothers don’t get a long so we will see.

you guys have short memory

Hey! I am old… what do you expect?

Do you have any credible evidence to back this comment up? Please provide links to prove this.

I read an article in the Desnews today that reminded me of people like you. The comment the person made was:

"A growing segment of the population is completely unwilling to even entertain facts that may contradict the way that they think about politics, culture and society. Huge swaths of the public seem to express no desire to rethink their worldview.

They then said when people in group oppose another group:
Americans don’t have a firm grasp of what the opposition actually looks like, and in the absence of actual data, they usually assume the worst about those on the other side of the aisle.

Then his final comment was that people in general:

Altering our understanding of the world based on new information is not a sign of weakness but great intellectual strength."

I would recommend reading this very long article, because it is pretty good reflection of the real issues within this country.

Is religion dying? Here’s what data on faith in America shows - Deseret News

I can already tell it’s full of horse manure. The author is liberal and not basing his opinion on facts. Even in sacred Utah it’s been obvious for decades society is crumbling.
Let’s just take one point. Hunter Biden’s laptop and dealings with China. Had the emails been published by CNN and the other anti-free speech networks, Facebook…Biden would have had to withdraw and certainly not become our idiot President. Who stopped the story first? Twitter. Who first attacked and then banned Trump? Twitter. What head of a large social media outlet is a professed communist? The head of Twitter.
Jim has been teaching youth. He knows how kids whose brains aren’t fully developed and have little spiritual teachings are confused about what a boy or a girl is. How do you explain the doubling of kids saying they are LGBTQ?
So, people like you are the ones that will wait until it’s too late because of wolves in sheepskins in the media, churches, schools, governments… the communists have gained ground by going underground and coming up in positions of leadership. We know we are in the latter days and what will happen. I’m beginning to wonder if members of Christian churches are doubting that there’s a real Christ, resurrection and 2nd coming? Seems that way. I’ve said this before, we promote good and allow evil to have its way so we don’t look like bigots. The media pushes this and Twitter disallows any rebuttal.

I can already tell it’s full of horse manure.

Thanks for proving my and the author point…

Interesting how you as you often do, misunderstand things.