Lets think out of the box a little here. The question is what about Kaufusi. I am talking about the basketball Kaufusi. Shoud he consider going back to football?. When I consider basketball, I look at next year, and who is coming to join the team. I wonder to myself, Is Kaufusi going to see that much floor time. Where is his potential? Could he play in Europe? Kind of up in the air, isn’t it. He was pretty good in football. Could he play at the next level. Probably. He went to basketball because the cupboard was bare at the time in the 5 position. It is now no longer bare. There is serious talent. I would not be suprised to see a couple of guys dropped again like last year. It is going to be really tough to get into that 9 man rotation for meaningful minutes. Should Kaufusi consider going back to football? What do you think?
Jeff

One of the reasons Kaufusi switched to basketball was because he had grown so tall. I remember a discussion about the pros and cons of a certain physique in football. As I recall, the general consensus was that there aren’t many offensive linemen taller than 6’8" in the pros. The reason was that if you are too tall, you lose leverage and you just can’t play the position as well. That played a part in his decision as I recall. Here some news on his decision. 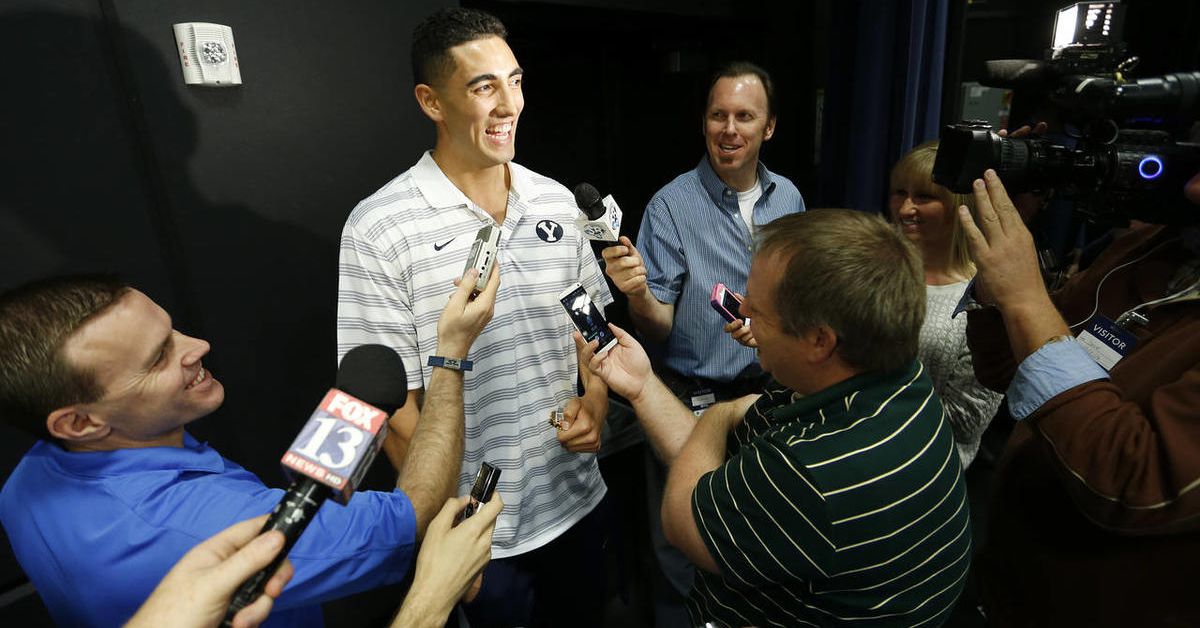 BYU basketball: Corbin Kaufusi believed to have big potential on the hardwood

Corbin Kaufusi is just one of the many new faces to this year's BYU basketball team hoping to make an immediate contribution.

Corbin should go back to football. His family are in that department. I love his shot blocks and his hustle in BB but FB is where he belongs!

CB is still 6’10". I guess he stopped growing. His height might be a problem which I read that article but I wonder what Coach Kalini Sitake thinking. Will he recuit him away from Dave Rose?

Very true, I had kind of forgotten about that. Does he have the potential for next level in basketball. Again I look at who is coming for next year. Is he going to develope with questionable floor time? What a waste if he could not get floor time and his athletic abilities were wasted.
Jeff

It would be a waste. If Corbin was playing during Hakeem Olajuwon days (early 80’s) then sure he could play more and play in the NBA in that time. But today which is not good. He does have two more years to work with his skill but we got a lot of great talents coming in next season who does have better skill around the rim and can shoot. He will see very little on the floor.

Corb has had 2 years now to get things down in basketball. He has amazing days and then its back to square one, making the same fr mistakes.

I was at practice on Tuesday and asked that very question. no answers.