Is this intramural football?

That is bogus and you know it…

The game plan was for Jamal, but why did he not adjust it to meet the talent of Canada?

Also, there were no “holes”, if you watched the game, the line never really created holes up the middle… they collapsed almost as fast as they were made.

If you take away Jamal, BYU has no consistent offense… that is a BIG problem…

My heavens I could not agree more. So tired of hearing how fast Hill is (because he no longer is) and how immobile Tanner is (because he is not). Our OL was as AWFUL or worse last year-But Tanner was only sacked 2.3 times per game. Hill has been sacked 2.3 times per game this year–THE SAME! So much for being so fast that he avoids sacks. To me that means that any increased “mobility” for Hill is offset by an inability to use good judgment on when to get rid of the ball to avoid a sack. The main difference that I see when they move is that when Hill scrambles he is looking for a lane, but when Tanner scrambles he is looking for a receiver.

I don’t remember Tanner on any Heisman watch. You do remember Hill’s freshman year?
Tanner’s mobility is not even close to Hill. Whether he would have had the same receivers drop passes or not, it’s just speculation.

Adjust what? You have to practice before throwing in new stuff. Uggg…

He threw some nice long passes. Our receivers simply aren’t consistant and drop passes. Mangum wouldn’t have been any better.
How did Jamaal get hurt in warmups? That was weird. Not as weird as the fake field goal.
We should have tried one more pass before trying the last field goal too. We are simply losing because of rookie coaching mistakes. The future is bright!

That’s a week excuse. None of the passes were too fast to catch. The receivers hear footsteps. What he does do that is poor is throw on his back foot too much and the ball comes up short.

How do you make fools out of yourself losing to #14 by one point? And the other P5’s by a total of 7 points? And that was because of trying to go for 2 points instead of 1.

Apples and oranges. With the team’s we’ve played, Tanner would be sacked 6 times a game or more! Slower feet.

BSU WILL HAVE 2 losses before the season is done. Do you really think the coaches are letting someone sit on the bench that would gives us a better chance to win? Some of you sound like Mendenhall never left. Count the times Hill kept drives alive. Count the times receivers dropped passes right in their mitts. One of the top rushers in the nation has to sit out the game. Do you realized how many games BSU WAS WON IN A ROW AGAINST NON-CONFERENCE FOES. Yet avoid the blocked fg and BYU wins. Most of you were so giddy when Sitake and Detmer came on board-so let them coach. If they decide Mangum gives us a better chance to win-so be it, but it’s obvious they don’t and they are the ones that are in a position to know. The ex player was right about BYU fans-some of you don’t have a clue. There is always the guy on the bench that would have done better. I’ve always been a bleed blue fan but this is getting ridiculous. They have done good to be 4-4 with a make shift offensive line, inexperienced Receivers, injuries to the defense. Agh!

Well, I think we are behind the coaches. But, we can help when 1st year coaches need it.

Lol good thing we are looking out for them! You do realize they would have hung Anae in effigy if he called a fake punt on 4th and 17 from our own 5 yard line:)

did you forget that Tanner won Freshman of the year?

As for the heisman… check this out 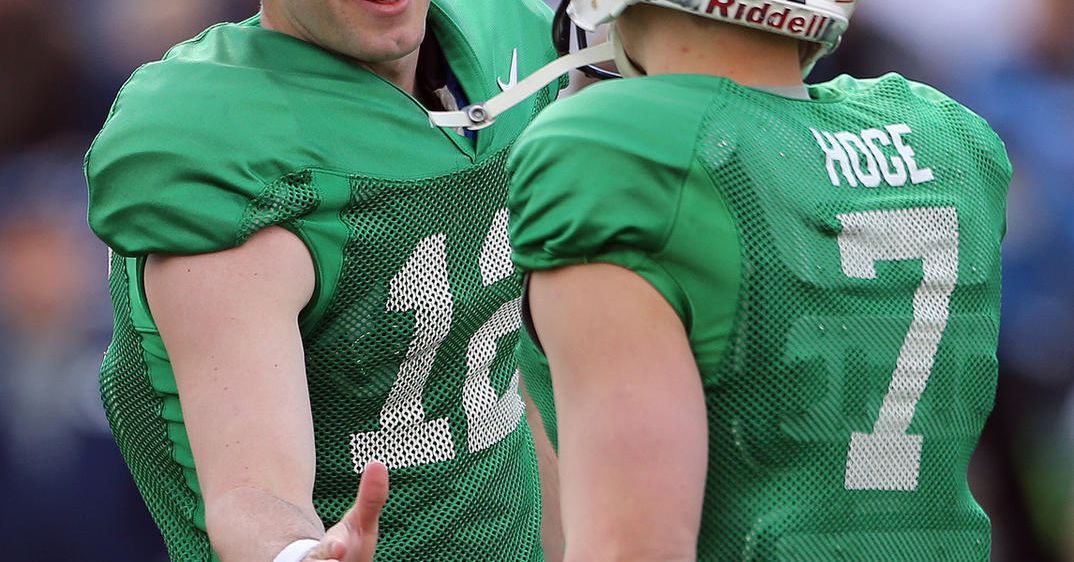 You do realize that they practiced without Jamal all week?

The report was he hurt his ankle in warm ups.

the report was that he tweek his ankle in practice at the first of the week and reinjured it in warm ups.

so the coaches should have prepared.

We rarely are able to recruit a player like Williams. You just don’t replace him.