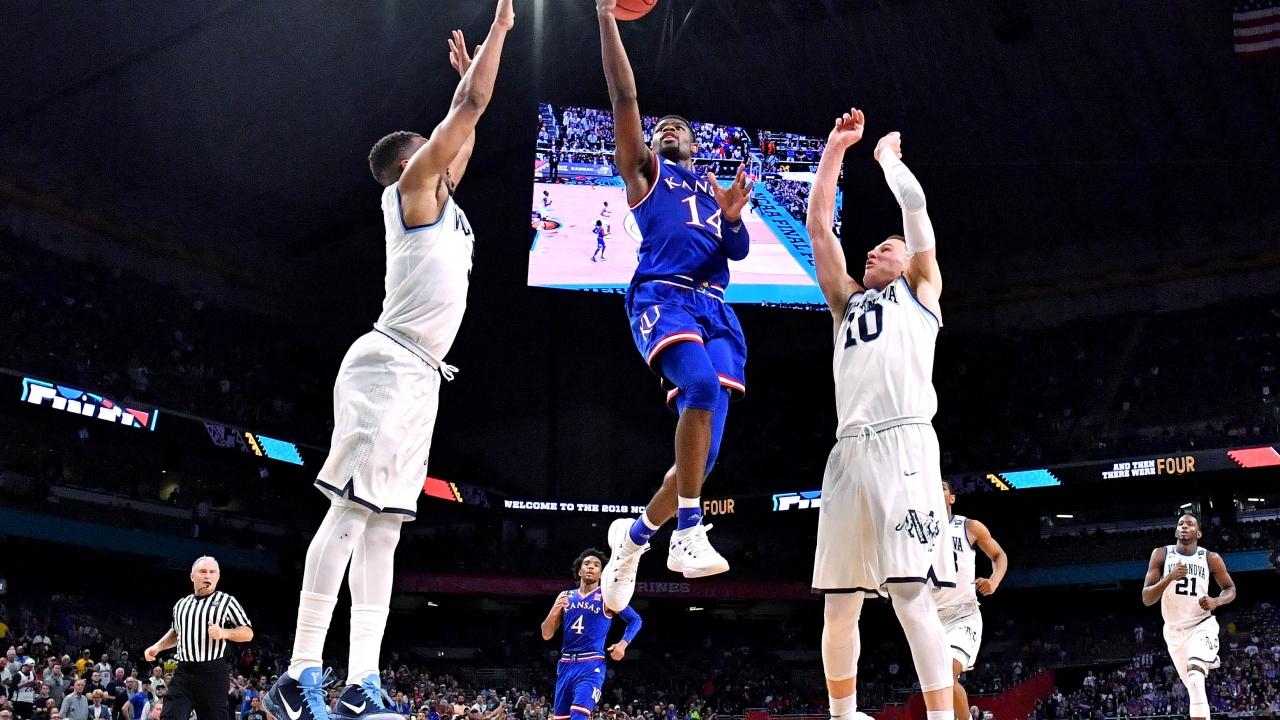 Here are Andy Katz' preseason college basketball rankings for 2018 and a prediction of how the AP preseason basketball poll might look.

Gonzaga- at number 3 in the country. The WCC will get two in the dance.

Then let’s be that #2 team and beat Gonzaga at least once!

Looking forward to another second or third place finish and a trip to the NIT.

Not really, but what else is there to say?

That is what will happen.

This season of bb comes with a few new faces and some welcomed athletes to Roses squad. The inability Rose has to recruit big men is going to kill this teams chances to have a good year. Except Mika, Rose hasn’t recruited any high quality big post players. We don’t have a true center on the roster again this year! Rose will mismanage the playing time of younger players, as always, and we will have kids leave the program to star on other teams down the road. The day that Rose retires will be a good one. He doesn’t get a single kid onto the BYU roster that wouldn’t have come there anyway. Lazy recruiter… when he does get kids from outside of Utah, they don’t get playing time … POY guys from WA and CO and other states and he can’t seem to judge talent. It is amazing he is still employed after the LP3 debacle. Shumway needs to leave fb and come play basketball because he was the one kid who played defense besides Mika on that LP team. If Haws gained more than 3 lbs of muscle this off season I will be shocked. Either he won’t go lift weights or he isn’t forced by Rose to do so … but he might gain 5 lbs of muscle over a 4 yr career at the Y. Datsrop, Calvert, Chatman, Beo (put up 50 pts in scrimmage at EWU last year) playing the pt, and countless other players who weren’t good enough to play at BYU … all point out the obvious about Rose. You know, I really think the issues in the big 2 sports are probably AD related issues. Tom Holmoe was never able to put together winners before he got to BYU but somehow he was deemed good enough to be hired as the AD with No experience except bad results. Hopefully he won’t interfere in volleyball!!

Well, this kind of analysis about Bronco got him to leave BYU. We went from 10 win seasons to a 4 win season last year. Careful what you wish for

Well, Bronco is a very good defensive coach. He is bad at talent evaluation and he can’t coach offense or even evaluate whether the offense is working correctly. If he was the DC we would be better off, I will admit that. Roses performance has been poor ever since Jimmer graduated. Bronco left because he blamed the school for being too tough to get certain recruits into. He thought his coaching of the program as a whole would be recognized and. proven to the public by moving on … and with the money he could make … it secured his retirement. He wasn’t a really good coach or even much better than average except on defense. He is a top tier defensive coach. Rose, as everyone knows, has had way too many kids that he deemed not good enough … leave the school and go on and be better players than Rose ever thought they could be. Some of them are better than players Rose kept and held up as a starter! His defense is embarrassingly bad. He generally can’t get a post presence and his recruiting is bad and lazy. Maybe that lack of ability to see talent hurts him while recruiting? I think so.

Anyway, I would not be sad to get another bb coach. I wouldn’t be sad with a new DC who has shown that he has talent and performance in the job. I wouldn’t be sad to see all 3 of the backup QB’s in action for the rest of the season and Tanner with headsets on until the end of the year. I also think Tom Holmoe needs to be held accountable for his job performance and not get a free ride. So if the DC leaves … or Rose leaves … or Tanner doesn’t play another down this season … all because of my remarks … you can thank me for helping the sports program along. BTW, I totally support the track, xcountry, women’s soccer, both VB teams, rugby, baseball, softball, golf and the diving team. Our coaching issues are Rose and the DC and our current QB situation.

How did that last year go with coach Reid? Be careful what you wish for. As far as Bronco being only a great defensive coach, that’s the way it is with almost all head coaches. They all are heavily better in one side of the ball ir the other. LaVell wasn’t a genius on either side as far as I saw. He simply was able to recruit great coaches who developed and coached innovative offenses and smash mouth defenses that were usually average defenses. Doug Scovell was an offensive genius for BYU. We just outscored other teams. He was able to manage practices and games.

That is the definition of a good college football coach … hire good OC and DC and let them do the job … while giving feedback and course corrections. LaVell did that and it worked great for 20 yrs. In the end he was too loyal and kept all the coaches on staff who weren’t good enough to move up and out. So the program went down hill. But when he was younger he had about as perfect of a program structure as you could have.

Sitakes first year here was a very good year with no blowouts or embarrassing losses. Just because things could get worse … doesn’t mean you don’t try to get them better!! Improvement is what is excepted and the basketball team over that last 8 years isn’t doing that. The FB team isn’t doing that either!