On the road, Pacific

Everyone knows how important this game is for BYU. Two guys BYU has to guard. Sr 6’5 Guard Tripp is the guy that makes this machine work. He can’t hit a 3 to save his life but he drives and gets everyone either fouling him to ast.s to he teammates.
The other guy to look at is Jr. 6’4 guard, Chivichyan, a true 3 point specialist. He has taken 101 attempts, far more then any player we have faced. There are 3 guys that shoot 40% or better from 3. For once, BYU is a taller team then Pacific.

It is at their house where they are very tough but BYU has too many weapons. Win BYU with or without Childs.

Congrats to BYU on a critical win-wish I could have watched it. Meanwhile SMC struggling against SF. Moving on to another critical road game!

Childs played and scored 26 points. Haws not so much. Toolsen has 28. Defense helped a lot to win this game. One down and one more tough one at SF!

Read the box score but that doesn’t tell everything. Looks like Childs and Toolson were stone cold players tonight👍

Should have been televised

It was televised here in Utah on KJAZZ channel 14. Great win, one down and one more agasint SF. SF lost to smc by 10 - 48-58, really low scoring game for that game.

ESPN should have televised it with all the money they make with BYU football.
Yep, big win and I hope Yolie’s finger will be ready Saturday. So, what was up with Haws that he shot very little and not many assists. 54 points from Childs and Toolsen.

It was televised here in Utah on KJAZZ channel 14. Great win, one down and one more agasint SF. SF lost to smc by 10 - 48-58, really low scoring game for that game.

the game in a nutshell:
BYU started out sluggish. Pacific jumped out to a 6 point lead. We started Childs, he looked very rusty. after 3 minutes, BYU was scoring but just getting by. we had 9 turnovers in the first and could not distance ourselves from Pacific. All of Pacific’s points came from Tripp or his assists inside as we were doubling Tripp often. But we made sure that their dead eye, Chividheyen, could not get an open look for 3.

2nd half. BYU was behind 51-53 when BYU went on a 20 point run, it was over 8 minutes of missed shots for Pacific, Toolson hits 5 of his 6 threes in straight possessions to put the game away. Childs was unstoppable once they focused on Toolson. Toolson also got into a shouting match with the Pacific coaches after he fist pumped to the crowd during a timeout. They had to be restrained by the refs on both sides. Only 1 turnover in the 2nd.

Now on to SF…they did not have an answer for SMC. BYU looks ready to roll with Childs playing strong. (WE have to clean up lots of lobs into him by various guards that were all picked off by Pacific)

Thanks for the brief. I wonder what was going on with Toolson and the Pacific coaches. What was happening with Haws in this game? SF lead most of the first half, but couldn’t hold on during the last 8 minutes of their game.

This from the Pacific fan board:

"Toolson is a tool - after nailing his flurry of 3-pointers on the way down the floor he went right over to our bench and purportedly yelled “Game over boys” like 3 times in a row. Leonard Perry, some of the players, and all of us sitting behind the bench jumped up and began yelling back at him and calling for the officials to give him a Technical Foul for taunting. It was a blatant show of poor sportsmanship and it went completely unnoticed by all three officials.

They reviewed Amari’s actions for a Technical Foul and they should have also reviewed Toolson’s actions. Things were very tense for several minutes after that but, in the end, Toolson was right because the game was over. In the handshake line afterwards, Leonard made a point of going right up to Toolson to have a little talk with him followed by a big bro hug. It was a teachable moment for Toolson and hopefully for the BYU head coach who should have yanked Toolson out of the game and sat him on the bench next to him after his cocky outburst."

Don’t know what might have been said to Jake prior to that to set him off, but it didn’t come off well to the Pacific fans and bench.

Sour grapes! This is sports, not a basket weaving class. What Pacific should have done is just made baskets and play harder in defense. Competition is tough.

Don’t know what might have been said to Jake prior to that to set him off, but it didn’t come off well to the Pacific fans and bench.

We tried to figure out what toolson was saying to the Pacific bench but they went ballistic so what is being said is most likely true and toolson is a tool for showing poor sportsmanship. he also got into it with the Utah bench. I personally think anytime a player goes after a coach it is extremely disrespectful. after his Fuego 3 point barrage. I did not see anything wrong with pounding his chest and shouting to the BYU fans. We just figured that pacific thought he was showboating and got after him. But if the Pacific fans are right and he was yelling game over to the coaches? I’d have him sit a game. As a player, if someone’s disrespectful and gloats. They usually got an elbow in the face or taken down. The unwritten rule of all sports is, if you are ahead keep your mouth shut and let your game do all the talking.

Sit an entire game and hurt the rest of the team? He didn’t get a technical. Why would you punish the players? Make him clean the toilets in the Marriott Center

I was thinking the same thing of what he said to Utah. He may have said it too soon “Game Over.” And we lost.
Yes, I like to see good sportsmen games in all sports.
Hey Chris (Fish), did you read this DN about what ESPN thought about having JAZZ should trade Conley for Westbrook from Houston? At first I said no way, buuut maybe why not because Westbrook is playing far better than Conley. “Sorry it was not about BYU sports.”

Hey Chris (Fish), did you read this DN about what ESPN thought about having JAZZ should trade Conley for Westbrook from Houston? At first I said no way, buuut maybe why not because Westbrook is playing far better than Conley. “Sorry it was not about BYU sports.”

Saw that…Westbrook to Utah, hahahaha, he hates Utah. I never understood paying, what, 34 million for an undersized Conley. I like the guy a lot, he is a class act but he ain’t worth 35 mil per year. Coach Hecker was his coach in Memphis for years, personal friend to Conley and he scratched his head on that payday. Will go down as a big brain fart for Utah. Shows how desperate NBA teams are for good point guards. Utah should jettison Conley, use the money to buy glue guys like undervalued Royce O’Neal. 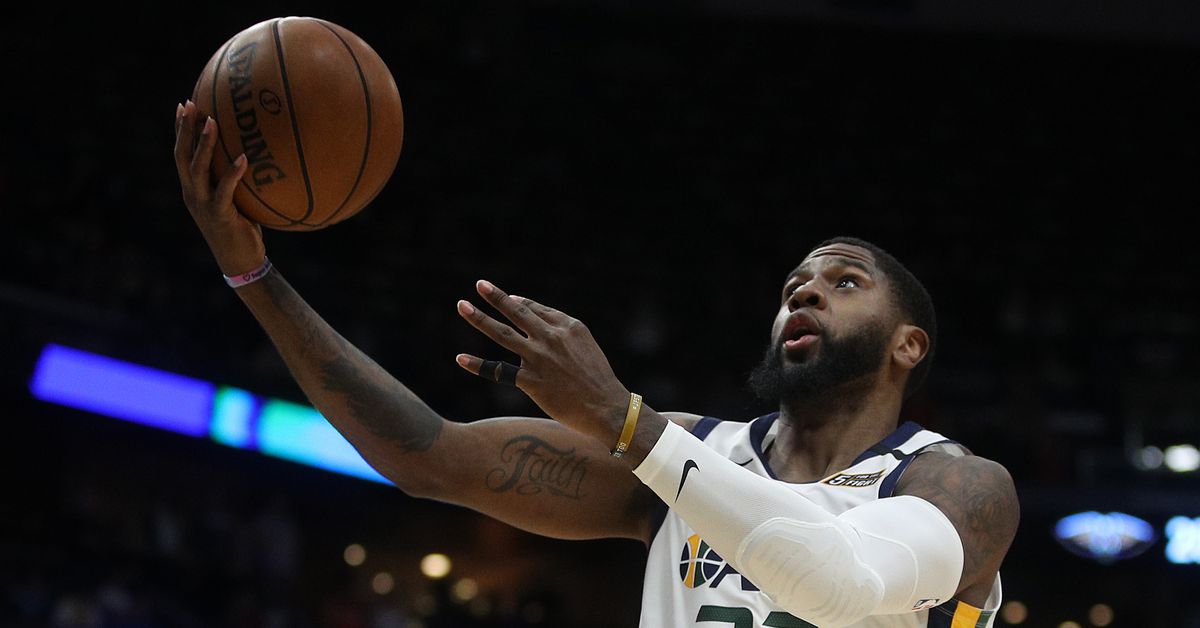 Utah committed to O’Neale with big dollars to keep him out of free agency this summer. The real pressure point is a couple of years down the road.

You know I’m only going to make this one comment and then leave it alone. Players get caught up in the emotional aspects of competition. I’ve been there myself-but there is a line to be drawn and if what the Pacific fans say is correct, then he crossed the line and should have been t’d. I’ve watched Toolson closely all year and he has always represented himself well, and one incident doesn’t define a player, especially when there may have been significant trash talking throughout the game. I appreciate your comments and consider you a good example of how fans should conduct themselves both in the arena and on sports blogs, much better than I do. Keep up the objectivity and you’ll always have the ear of legitimate sports fans-thanks🏀

Thanks
Toolson crossed the line by approaching the Pacific Bench. Can’t happen. I’d sit him a game