I have not done any serious evaluation yet, but have some thoughts:

These are examples of why Sitake can make BYU a legit player in the recruiting marketplace. In recent years we always finish in the 40-60 range, Bronco says, “Star ratings don’t matter,” then we go 8-5 every year. The teams with the best players win the most games and Sitake and Detmer may have the clout in the marketplace to get us over the hump and back to being a perennial top 25 finisher.

Too bad we couldn’t get the LDS 5 star Mique Juarez.

Yeah, his mother really tried hard to get him to be a Cougar. Well, he will be at LES this year but in the wrong uniform.

I can’t say I blame him for choosing UCLA. He is only a few miles up the 405 to get to school so he is close to home. I root for UCLA when they are not playing BYU. This allows a lot of friends and family to watch his games in person.

Here I go again… and this may be a rhetorical question, but is it possible that BYU is going overboard on the poly connection? I mean over half the signees have polynesian last names. I know they are all good players (hence the question about rhetoric) but will it keep other players away in the future?

Just a discussion point, not a complaint and I don’t necessarily need an answer to the question.

Not all were Poly… I think we got some really good players.

Valid discussion point. I want the best players who can survive academically and under the HC. If anything we have lacked diversity in the past, and the result is that BYU is bashed–every day–by recruiters and coaches from D1 schools telling kids BYU only wants white Mormon kids. Of course that’s a load of BS, but if Whittingham, who went to BYU, can make kids who are familiar with the church and BYU believe it, imagine how much easier it is for coaches outside of Utah to influence kids who know nothing about BYU. 17 year old kids who are stars and social focal points before they are old enough to shave will believe anything. Having a minority HC is a big deal, and having a Poly HC is a MASSIVE, BIG TIME DEAL. Sitake is kicking down the door on the lies and stereotypes that other coaches tell about BYU and he has already gained traction in the Poly community, but his message will resonate equally well with the black community, which has been greatly underrepresented at BYU and in the church. I think everything Sitake is doing is awesome. PS my 2nd great uncle was Frederick Douglass, my grandparents met when they lived in Honolulu, I’m in the middle of Michener’s one billion page long “Hawaii,” and I own a Kahuku Red Raiders 2015 Hawaii State Championship shirt; I’m biased here.

Roy, I think I just wrote the same thing you did without realizing it; sorry for the repetition.–you made my point for me.

Did a quick evaluation. If you count the Notre Dame TE transfer, we got 7 four stars, including the kicker, only 5 two stars and the rest all 3 stars (looking at the highest star rating each player had listed) No one below 2. I can’t remember a higher rated class or that many 4 stars… Great first class for Kalani, though in fairness, several of these were Broncos commits. Still, I think we only lost one of Broncos commits, so still a great job by the new guys!

Great posts…everybody. We have a REAL discussion going on here…for once.

Jim: Are we getting too Poly-ized? Great question. I will answer with a story; I boarded a flight to Samoa (filming marlin before the big Tsunami) I noticed the flight attendants grabbing armfuls of belt extensions. It worried me to the point that I hoped all these big Polys would be seated over the wing area as I did not want the jet to stall or something. Sure enough, they were all seated in the wing area. Massive people. BTW, caught my first marlin on a fly rod and was made a Matai, Samoan Chief, in a Kava ceremony. Also got chased by the Fa Fa Fini numerous times and lost several friends in the Tsunami even though they had moved more than a mile inland.

Having played sports with polys from my college years on I have found it extremely smart to go make friends before we ever stepped on the court. “You piss off one and you are in it with all”, and they always had my back. Utah has the corner on recruiting Polys and it shows in their famous D lines and I think there will be 3 Utah players in the Super bowl come Sunday. But I think BYU will more then hold their own going forward.

Utah’s rank nationally was #38…BYU’s #40 thanks to ESPN and Sitaki. The only regret I have is that we didn’t sign that kid out of Harriman High, Utah but as was the nature of Bronco, he didn’t even try…Sitake will.

Sitake got in late for this year’s crop and yet he was able to sway 3 guys. Sitake, along with Detmer will upgrade BYU’s recruiting in the same way the P12 invite has done for Witt and his 3.3 million income.

That ESPN and 7 or so nationally aired games makes BYU very relevant nationally so I see BYU’s stock raising. My only regret is that BYU does not have more black coaches (Gilford the only one?) 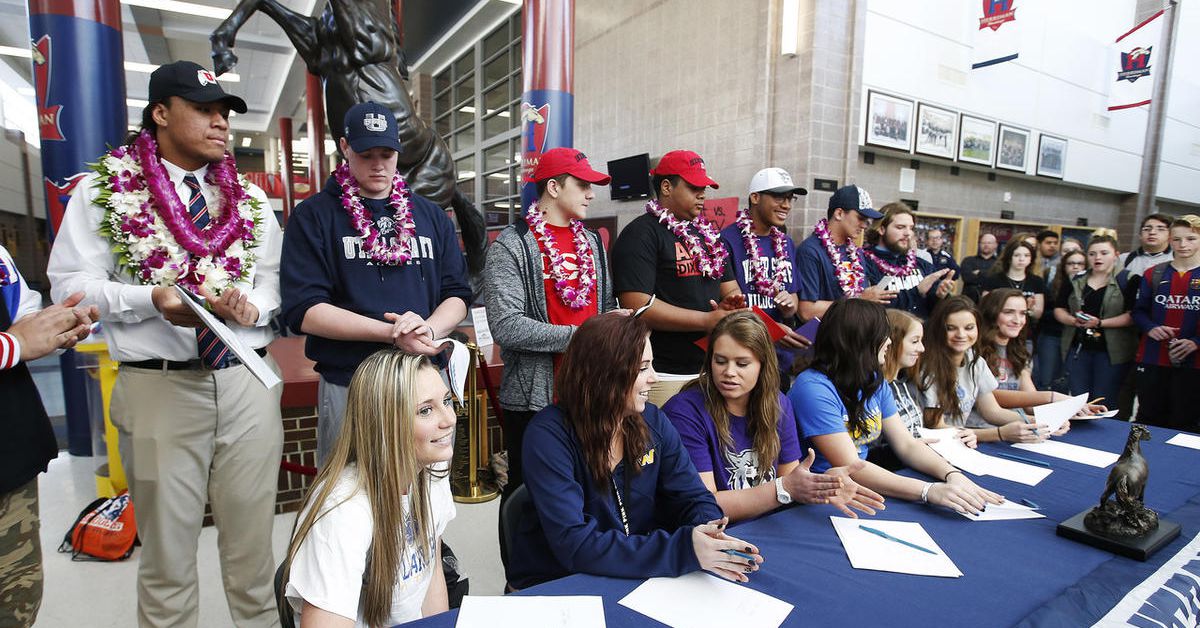 Does he not know how odd that sounds?

Fish, are you referring about Bronco M? Why worry about him and focus our new coaches and BYU FB!

Wow, we did better than Bronco this year in recruiting. How many walk ons did he get at uva?

Regarding coaching diversity, I wish we could have kept coach Holiday on staff. He seemed to bring a great attitude and perspective to the staff as someone who is African American and not LDS. He had a great personality. I am sure Gilford is a nice guy but in the interview I saw with him, he seemed very timid and not very engaging; a sharp contrast to Holiday. Regarding Sitake and the Polys, I am fine with it. We have a very strong poly community in the Church and Utah and other universities are skimming the best LDS poly recruits. Sitake should level the recruiting field for polys and help BYU re-establish its foundation of stout linemen. Detmer should give us a leg up on elite QBs and receivers. The fact that he coached at elite QB camps and his reputation with developing QB talent in the NFL and in high school will give him credibility. Now, if he can bring a dynamic offensive system, his recruiting draw will just keep climbing.