The following is from the article in today’s DN–by the way, I think the reporter must have been reading Cougarfan, because he’s just parroting what many of us have been saying all year:

“The return to crowds housed at arenas at UNLV, SDSU, New Mexico, Wyoming, Fresno State, Colorado State would be a major upgrade from embarrassing empty seats found in high school-sized gyms in the WCC.” 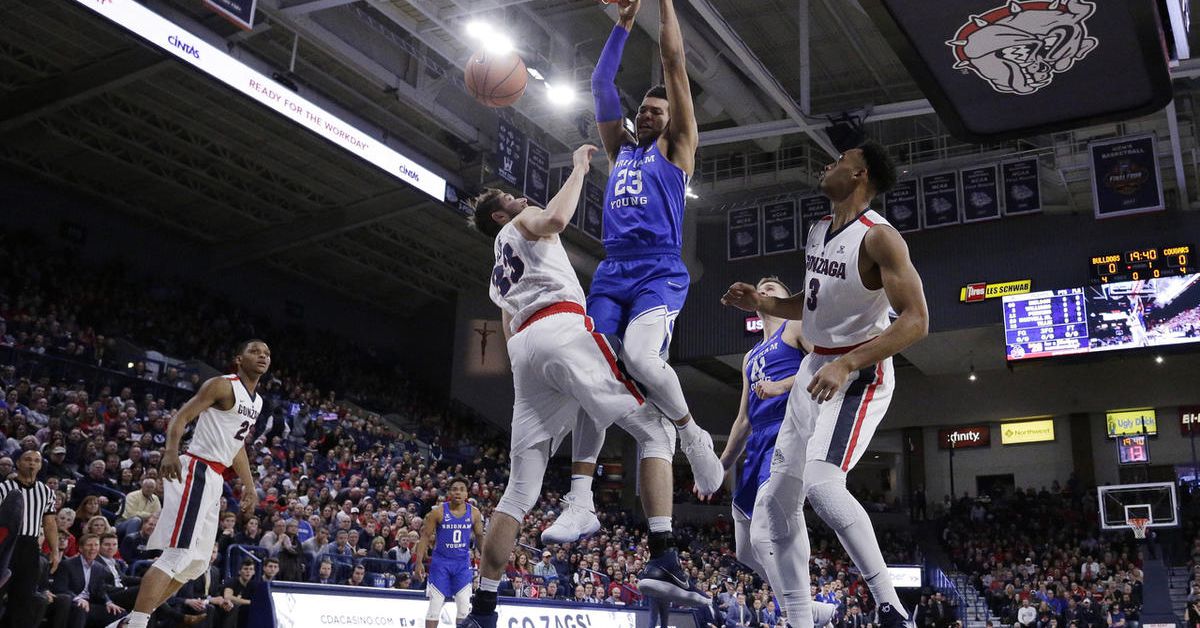 The San Diego Union-Tribune reported Wednesday that Mountain West officials have discussed with Gonzaga the possibility of the Bulldogs joining the league. BYU was mentioned in the story as a possibility to rejoin its former conference.

Harmon made it a point that BYU HAS NOT talked to the MWC.

This is precarious for us. I have a bad feeling. We could be stuck in a no win position.

How do you mean? I also have a bad, sinking feeling about this, and I’m not sure what it is. Is it that the MWC might take Gonzaga but not us? Is it that they might take both of us, but “be careful what you wish for?” Is it that we’re going to get stuck in the WCC but still not be able to win it?

We would win the WCC without Gonzaga. But it would not mean a thing

Clause - What’s your bad feeling??? A bad burrito for lunch?

If gonzaga leaves, we might opt to stay put in a much worse conference for political/fit reasons that I disagree with. A smaller chance, but they might not even ask us. Given that we don’t know what schools the MWC has talked to.

Then if we do go in, what will the TV/money look like? Say what you will of independence but those 2 things have been good.

I’m ok with the MWC + zags and frankly even St. mary’s with us as long as the TV gets worked out.

We would win the WCC without Gonzaga. But it would not mean a thing

Not all the time, unfortunately…

A bad burrito for lunch?

Actually I haven’t eaten all day. Headed to Red Robin!

So apparently the Zags are tired of pulling the WCC along

Grip on Sports: There is a bottom line involved with Gonzaga's flirtation...

A GRIP ON SPORTS • If you have any questions about “big picture” items in college sports these days, remember this one rule: It’s all about money. Money coming in and how that money is spent. Read on.