Collin wasn’t planning to take one of his five official visits to BYU, but BYU coaches convinced him to ditch his plans to visit Arizona and visit Provo instead the weekend of October 23. This was after he took an unofficial visit to BYU over the summer, had an in-home visit in mid-September with BYU coaches, and visited the BYU-ASU football game in September, where he was on the field pre-game with his girlfriend and Mark Pope.

The October 23 visit for Collin was crucial — BYU blew him away and made an outstanding pitch. Collin and his family attended the BYU Women’s volleyball game and Midnight madness, and coaches pitched development on and off the court, recent success/momentum of the basketball program and BYU athletics overall, Big 12, and BYU’s fan base. He and his family also met BYU’s players and spent time with them.

just in time for the Big 12

this dude is sick!

Perfect for Pope! Rarely does a HS kid have elite shooting and passing. NBA skills right there. watch his highlights.

Senior athletic dept official text to me at lunch today about Chandler signing: “Dude that was a good one. Actually one of the best of all time.” 'nuff said about Coach Pope.

I’m sure if they had ratings back when Danny Ainge was recruited, he would have been a 5 Start for sure. I remember a picture of Ainge with Magic Johnson and 3 others in a picture in Sports Illustrated as the fabulous 5 freshman…

Pretty sure Shawn Bradley was the highest rated recruit ever signed by BYU, but the current rating services (247 etc) started after he played. I think he was the 1st or 2nd rated recruit in the country.

Too bad he didn’t play a couple of years after his mission. I think his game would have been so much better in the pros. And, he probably would have signed for more money as well two year later. 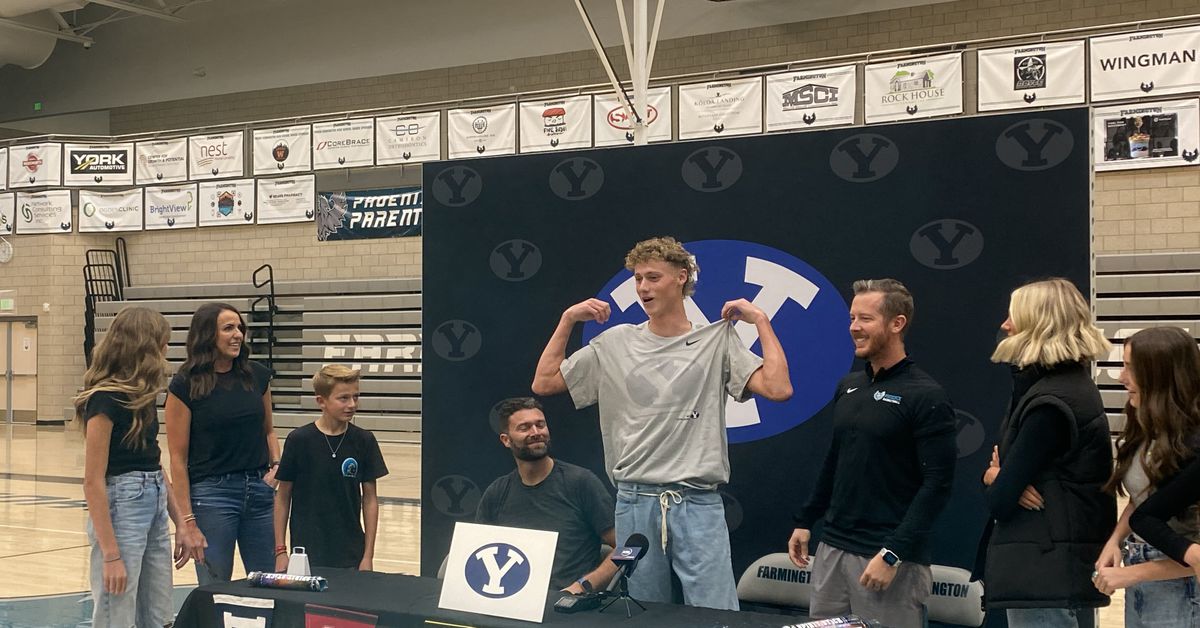 Why one of the top basketball recruits in the country ultimately chose BYU...

He narrowed his choices were Arizona Oregon Stanford and Utah. He was getting so close picking UTAH but he got excited when BYU got accepted to Big 12 conference.

He will join BYU after his Church mission starting 2024