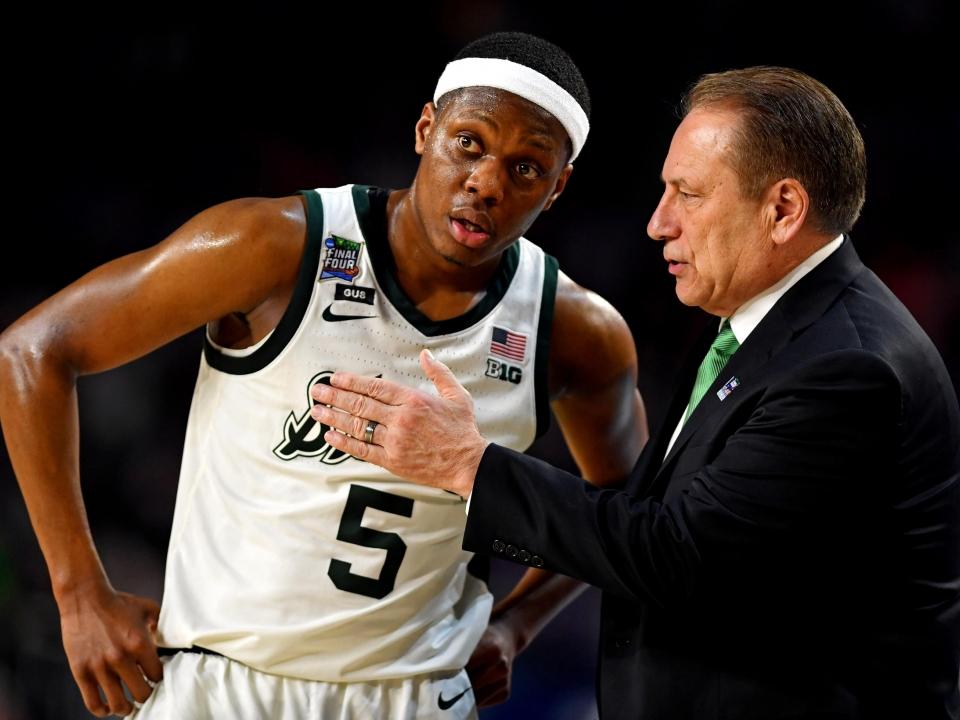 The early-entry deadline is over. Rosters can now be set. And so, too, can a new preseason Power 36. This is a projection of teams that have the goods to be in the field in 2020.

Zags are #13, I’ll run with that. Few will win the WCC as long as he is coaching there
USU at #19, A bit high for me just because he only has 2 horses…more like top 30. Remember when Nev was ranked in the top 10 for most of the season…I say BYU beats USU this year, what does that say about BYU and where it should be ranked?
SMC at #33. sure, why not? Again, BYU should be getting some love because with Childs returning, I think BYU is better then USU and SMC. but that’s just me.

I’m not the only one who gets frustrated about losing those bottom group of this WCC (except Zags & SMC). Will BYU beat those bottoms wcc fedders? I sure hope so.

As I was saying, with the growth of Baxter and the return of Childs along with outside shooting and a improved defense. Byu is going to win a lot of games and I don’t see them losing many to bottom dwellers I have the WCC
It’s interesting that the NBA told Childs that is a big hold back is his defense. I want to see what Pope brings to the table before I called Byu a contender but I do think they are a dance team
I don’t think USU is a 19 team but hey that just helps Byu’s numbers. This certainly is going to be a fun year

It’s interesting that the NBA told Childs that is a big hold back is his defense.

Could it be why that Childs was not getting any love because he didn’t have much to develop playing defense? The article below from KSL was interesting. Dave Rose did not want to play defense during his High School and College (JC & Houston) days. 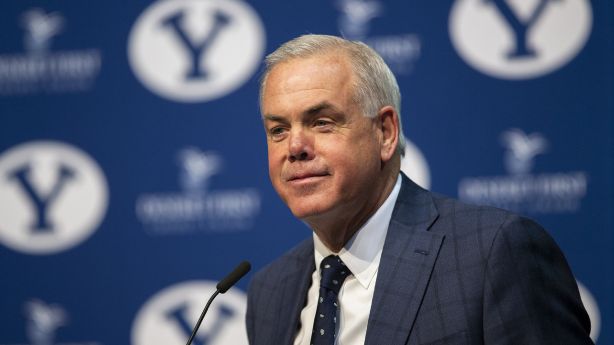 Former BYU basketball coach Dave Rose has noticed that players seem to care more about personal accomplishments as opposed to the success of the team. The

I’ve paid special attention to what Dave Rose said about Neil Dastrip. That’s a bold face lie when he says dastrup was all in until Childs decided to come back. The truth is Rose’s played Worthington ahead of Destrup. Let’s not lose sight of the facts ever. This is what you call trying to cover your butt. It never was about Childs. And 100% about roses love for Worthington

And 100% about roses love for Worthington

You are spot on about playing favorite. I sure hope Payton Dastrup gets to play a lot and do well.

It’s interesting that the NBA told Childs that is a big hold back is his defense.

It should be qualified, they said he needed to work on his “Exterior” defense in able to be true stretch 4 in the NBA.

He does fine underneath, but he is not as agile on the outside defending players.

You are spot on about playing favorite.

I would think “Not” since Pope basically gave everyone their walking papers.

I was not enamored with Worthington, but I remember Coach Edwards said about Brandon Doman.

When Brandon took over as QB the first game, Coach Edwards was surprised at how well doman did. He asked Bosco “Who is the QB?”, Bosco answered “Doman”. Edwards then reportedly said “He sure did not look that way in practice”.

Later I heard Coach Edwards say there are two types of players “Practice” and “Game Time”. Meaning some looks really good in practice, but when they are on the field the are not that good and those that hated practice, did not do well, and then played lights outs in the game.

Wonder if that might be the case with Worthington/Dastrup. NOT SAYING IT IS, but It might fit what actually was happening.

Worthington never earned a start. When every fan in the country is crying for Dastrup to get minutes and Rose still played Worthington over him (by the way, they very same scenario happened with Baxter/Worthington) it is on the Coaches head. The only reason why Baxter became a starter was his 25 that he laid on LMU’s heads and Rose HAD to play him or get run out of town.

The early-entry deadline is over. Rosters can now be set. And so, too, can a new preseason Power 36. This is a projection of teams that have the goods to be in the field in 2020.

We will see what they can do.

Is Worthington coming back with Pope

I have no clue. But he might but under Coach Pope instruction at practice. Can Luke W. teach???

so I wanted to look at BYU through objective eyes. We have 6 or 7 seniors and veterans at every skill position. 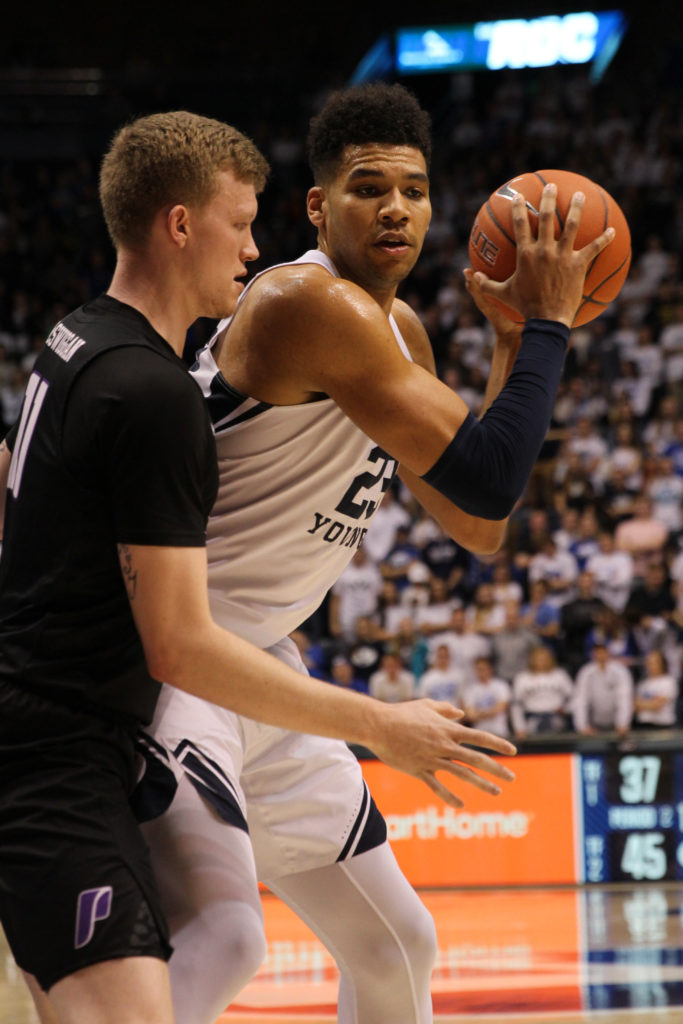 BYU basketball could be set to have their best season in recent memory with BYU star Yoeli Childs returning for his senior season and the addition of All-American Honorable Mention Jake Toolson.

With TJ at Point
Emery or Mr all Wac, Toolson at shooting guard
Harding or Seljaas at weak side forward
Childs at power forward
Baxter in the middle

Seven vets with major fire power.
Where Wade fits in?
Recent RM, former USC signee, Trevin Knell, where will he fit in, can he get any time with 3 vet guards and wade?
Pretty sure Nixon and Lee will spell the bigs.

What I see is a solid 7 player rotation with these others coming in depending of foul trouble, injury or matchups. One thing for sure, BYU is flying under the radar BIG TIME. Not one pre season poll has mentioned BYU.
Strengths-PG, SG and Inside scoring from Baxter/Childs. We have a shot blocker, we have up graded our outside shooting with Toolson. Baxter is a year older-wiser.
Major question make- Defense. If Pope gets BYU playing defense, BYU could challenge Gonzaga. for a title.

Agreed; TJ at Point. But he needs to stop those stupid TO’s
?No/Yes?: Emery or Toolson at shooting guard. Nick has been on & “off a lot.” I am sure Jake Toolson will do fine most of the time. Nick needs to step up on his defense “A Lot.”
?Yes/No?: Harding or Seljaas at (wing) weak side forward. No more Seliaas shooting at the BUZZER! Harding will do fine.
Agreed: Childs at power forward
Agreed: Baxter in the middle and he can shoot anywhere.

Don’t know: Where Wade fits in?
Corredion: Recent RM, former USC (wrong) - was from UCalBerkley signee, Trevin Knell, where will he fit in, can he get any time with 3 vet guards and wade? I gress stay tune till what Coach Pope will do for this guy.
Yup: Pretty sure Nixon and Lee will spell the bigs.

I don’t care what other media say: Not one pre season poll has mentioned BYU. I am looking forward to non conference games and see how we do.

Yes: Scoring from Baxter/Childs. We have a shot blocker: “A LOT OF SHOT BLOCKER THIS YEAR”, we have up graded our outside shooting with Toolson. Agreed: Baxter is a year older-wiser.
I wouldn’t worry about this one: Major question make- Defense.
No worry: If Pope gets BYU playing defense, BYU could challenge Gonzaga. How about the rest of those bottom WCC feeders, "No more losing to those bad teams.

Up grade inside with older Baxter
Up grade from outside with the addition of Toolson.

on an interesting note…Hashimora from Gonzage was selected 9. I never thought he was better then Childs.

Is it the same Toolson that left BYU and played at UVU? and now he is coming back to BYU?

I am hopeful he does well, especially choosing to finish his career at BYU instead of UNC or Duke… LOL! I remember seeing an article that said he was considering those schools… what a joke.

He is a good player but not at the Duke, UNC level. Sometimes these kids get it in their heads that they are so much better than they really are. The LP3 was the perfect example of that. It is a Utah Valley disease I think.

Yes same Jake Toolsen who was at BYU for two years and now coming back. Once he put the transfer portal (2nd time) he had Duke, Virginia & Stanford showing interest and he chose BYU and stick with Coach Mark Pope. Toolson should do fine this coming season.

Guard Jake Toolson began his career at BYU before transferring to Utah Valley University. The reigning WAC Player of the Year confirmed Thursday that he’s heading back to BYU as a grad transfer with one season remaining.

Jake Toolson and Payton Dastrup were playing in same region in Arizona. Frank Jackson who played for LP (transferred from 1 year from Lehi HS) and played for TJ Haws (Sr Yr). Jackson verbally committed to BYU during his Soph yr and then back out during Junior yr. Then Duke Mike K showed up at his home and then Jackson committed to Duke few days later.
Both Toolson and Jackson may have saw this writing on the wall saying Dave Rose was playing his favorite players.

I am hopeful and excited for Toolson to be a significant player on the team this coming season. I think everyone knows why he left in the first place but that’s another discussion.

Let’s be honest though, the notion that he was shown considerable interest from the likes of Virginia and Duke is a joke. If the most popular girl in school says hello to you, it doesn’t mean she is significantly interested. I think the Utah Valley situation creates a lot of delusional beliefs that have no basis in reality. Oh well, no matter now as it will hopefully be a good thing that he chose BYU over Duke… haha.