Prediction: Collinsworth will head to the NBA after this season 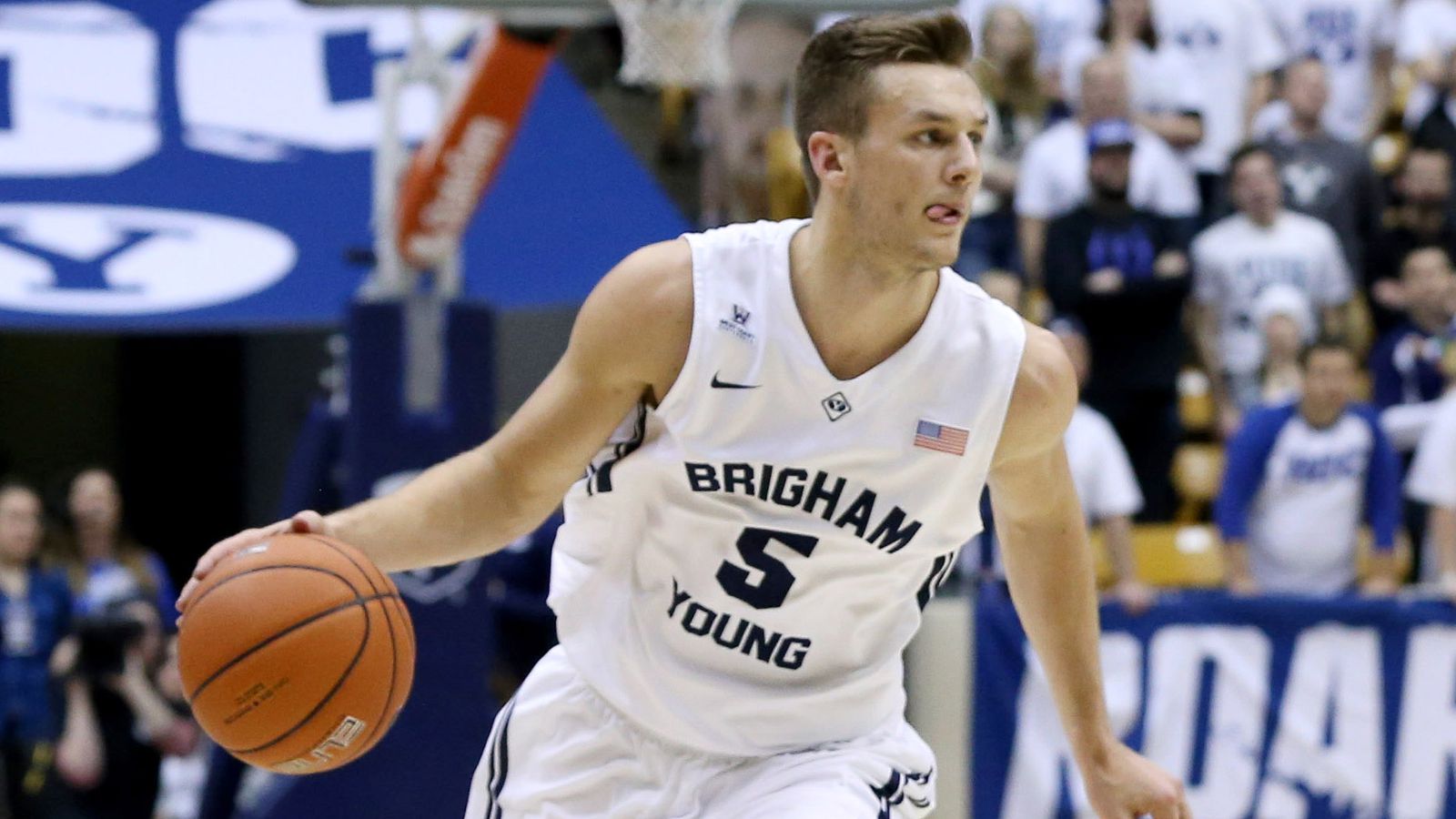 Triple-doubles are fairly rare in college basketball. Kyle Collinsworth is beginning to rack them up in the 2014-15 season.

Once BYU starts showing up with a ranking (so far we have been flying far below the radar) All the scouts will be coming to watch not just Haws but Collinsworth. The play of WInder and Fischer and their ability to hit a shot has allowed Collinsworth to back down his personal attempts to score and just try to find the open guy. The SF and SCU games are proof that Collinsworth no longer has to carry the team scoring wise for us to win.

At the rate BYU is playing, I would hate to have to defend this squad. Forget about the stuff we were writing earlier this season about how we are susceptible to long teams, I would love to face SDSU and again, as well as Utah and Gonzaga.

I’ll take that bet! I think without the injury he would have been gone after this year, but as far as the NBA goes-it has put him back a year. Look for him to keep getting better and quicker this year and next year his outside shooting will improve along with his ball handling Don’t see him being offered a great contract this year from the NBA.

His rebounds have really been up since Austin went down…exactly what BYU needed. After watching him during this early season, I would agree that he MAY NBA bound, but he really has to improve his outside shooting for that to happen. Maybe a D-League until that happens. I love his play right now, though.

When Austin returns, look for KC’s rebounds to go down IMO.

When does Austin return? I wonder if Rose will keep the same 4 guard rotation or if he will go to 3 and add Austin in with Kaufusi?

While Collinsworth has filled the stat sheet this year, I don’t think he is an NBA player, especially a 1st round draft pick, until he can develop a consistent outside shot. Teams will just sit back and let him shoot, won’t have to go over the top of screens etc. if they know he can’t shoot. The one NBA player he could compare to is Rajon Rondo, but I think Rondo still has a better shot than Collinsworth and that’s not saying much.

I do enjoy watching him play. BYU doesn’t win half the games this year without him.

I’ll play the devil’s advocate and say that KC isn’t going anywhere… until he can develop a consistent or decent outside shot. I don’t mean a 3 point shot, something more like 15-18 ft. Until then, nobody will give him a second look. Yes, he does some nice things for BYU and he has some plus factors in his favor but he is missing some critical components.

Somebody compared him to Rondo… he isn’t nearly as quick, nor does he handle the ball as well. He is more aggressive to the basket but he hasn’t had to go up against nba caliber talent yet.

For sure! At his hight, he needs to hit the midrange and the 3 ball too. He’s a guard in the NBA at best. A great college player but I don’t see the NBA at this point.

I’m with you on this one. I think Kyle stays for his senior year of eligibility. (Rick Schow)

chewing on the towel. I remember someone but a blue bomb under the UNLV seats at a USU game when Kon Smith was the head coach.