Here is a great article on Rose and what he was faced with coming into this season with too many scolly players. 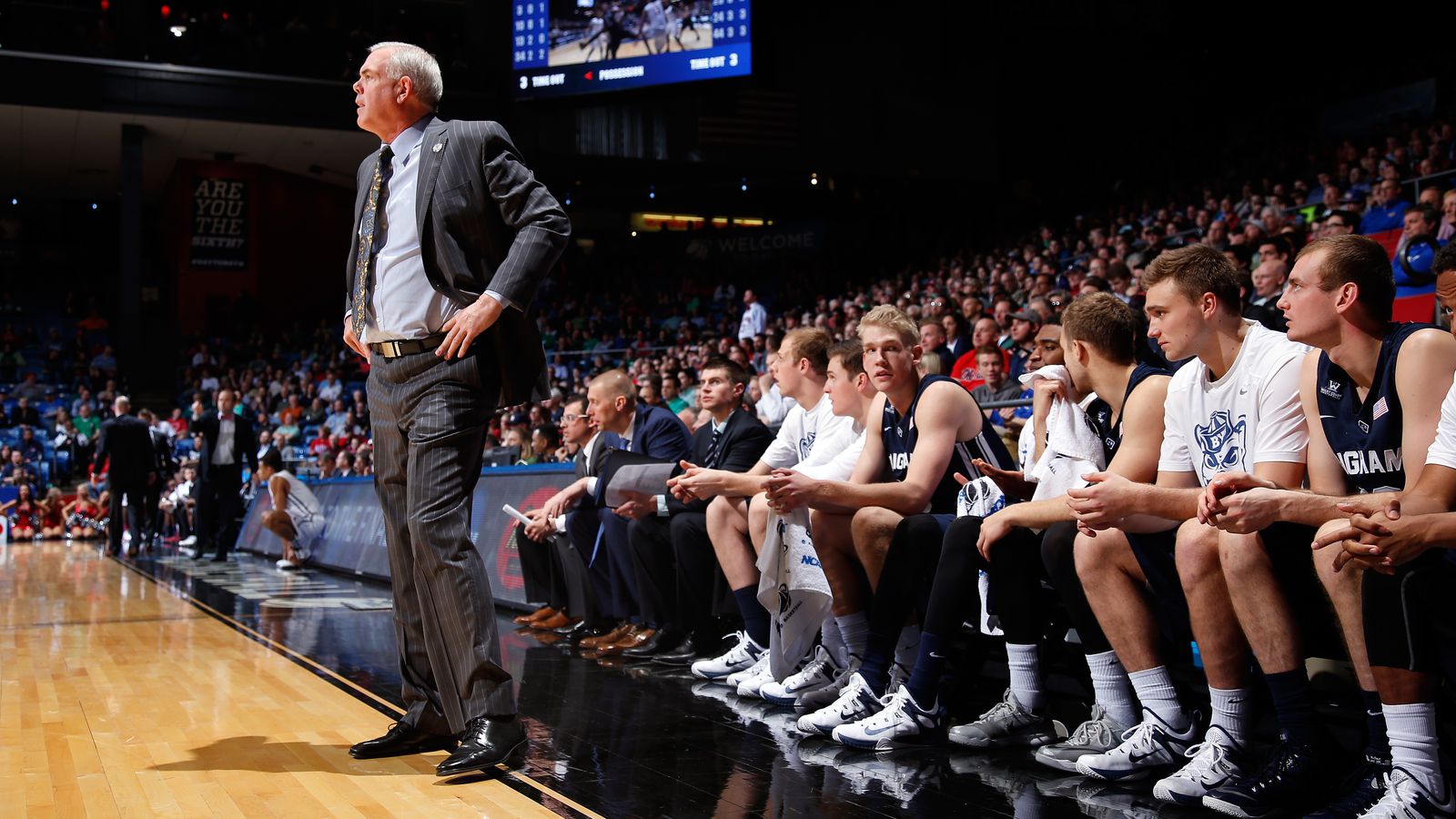 Mobs may combine, but BYU's roster is complex to juggle for Dave Rose

While it pains me to see Bartley V go and his athleticism but I have little sympathy for Nielsen. I think you have an obligation to work on your body especially in the off season if you have a full ride from any college. These guys that don’t hit the weights so that they can compete are stealing money from their respective colleges.

The writing was on the wall with Mika and Dahlstrup coming home from missions and the emergence of Kaufusi. Rose was candid with Nielsen and told his that there was little playing time.

As for the defense, We will see how Quincy addresses the dearth seeing as it can get no worse. Still stings to think of the Ol Miss fiasco.

I thought that was an excellent article! Everything in it is true. Cutting kids from teams is not easy to do. I coached frosh-soph basketball for 10 years and cutting kids at that level happens every year. I had the fortune that we could keep large numbers of kids, unlike the JV and Varsity. But, we still had to let some go. Many of those who did not get much playing time ended up cutting themselves by the next season.

I’m glad that Neilson believes he can get better. I hope he works at getting better. We see very few people in the workforce in general that try to improve their lot in life. But, he has to work a lot harder to get stronger. Not everyone can put on bulk without steroids. Mark Wilson was a prime example of that. He did everything he could to gain weight and bulk but never could. But, he did get a lot stronger.

Yes, where were the coaching adjustments for the second half in the Mississippi game? They didn’t happen Coach Rose and staff.