University was founded by Jerry Falwell. world largest, 100,000 with a stricter honor code then BYU (no dancing). Lynchburg, Va.https://en.wikipedia.org/wiki/Liberty_University

Oddsmakers have this game as a 90-94% win for BYU. They will score points and make for a game, but come on, its at BYU.

They have a high octane offense led by
Sr QB Calvert, 2600 yards and only 3 interceptions completes 74% of his throws. Throws to:
Sr Antonio Gandy-Golden WR, over 1000 yards, 7 TDs (our nearest guy is Bushman with 288 for prospective)
RB J Mack has almost 600 yards (our Williams has less then half that)

Remember USF and Toledo. Don’t overlook them. Sourthern Baptists don’t dance. Well, at least some don’t. Growing up, a neighborhood friend’s dad was the Sourthern Baptist preacher for the town and his kids got to go to the dances.

A side note: Whlie we had 637 total yards, we gave up 521 total yards. If Liberty is a better redzone team, and they are, we better be ready for them.
They aren’t going to rollover. They have faith. Perhaps you and the entire team should watch Facing the Giants movie to understand their faith and mentality about the game of football. To them, it’s all about the glory given to God. And we know some in here don’t believe this is the Lord’s Church.

So this will be a fun game to watch, too bad it is not on ESPN, would be a lot of scoring. It is on BYUTV.

Pretty sure the game is live on ESPNU at 5:30 Mountain Time. Repeated later on BYUtv.

great, BYU is finally super fun to watch. It would be interesting to play Utah and Washington with the group today. I still don’t we would beat Utah but Washington……. I would bet on it. and Next year, just think about it. 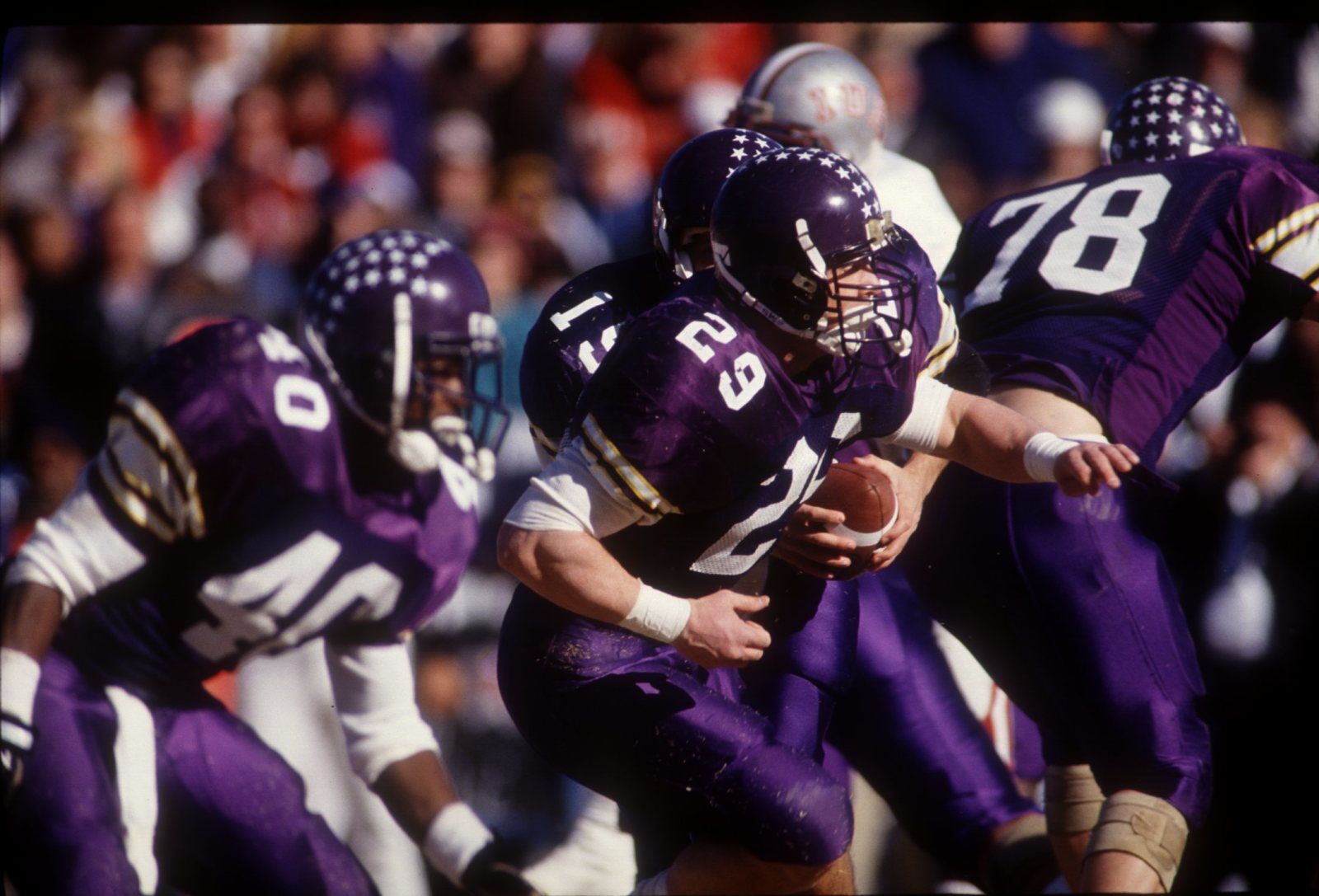 BYU Football will host North Alabama in 2020. The newly transitioned FCS team is the 12th opponent slated for that season. BYU Football now knows every opp...

I head that the game vs. Liberty was on ESPN-U and I heard it might be on BYU-TV. I hope it is on BYU-TV, maybe we can get some sleep with an earlier start. I can’t stand the ESPN late start for us in the Central Time zone. On the East Coast I believe it is a 10:00 PM start time. Somebody please let me know. I watch Cougar Nation almost every day,we shall see. BYU has to be alert, Liberty is no slouch. By the way Liberty has 15,000 on-campus students. Many on-line students have not paid their tuition and fees, a high percentage of defaults, jst saying, according to Wikipedia. BYU has 30,000 plus thousand on-campus students.

On the East Coast I believe it is a 10:00 PM start time. Somebody please let me know.

ESPN shows the game on ESPNU starting at 4:30 Pacific Time. BYUtv schedule shows a replay there starting at 8 p.m. or so Pacific time.

I’ll check when I get home to see what time the game starts in California.

5:30 PM MST on ESPNU. Every home game when shown on ESPN, then BYUtv usually rebroadcast it right after the game. But, I don’t know about when come from espn"U" network. I hope to see it too.

If ever BYU was going to use the 3-8 defense, this is a tailormade game for it. “In Calvert’s 31 rushing attempts, the senior has lost 122 yards, and average of -3.9 yards per carry.” Liberty isn’t Tennessee, USC or Boise State, but BYU expects to have its...

Provo • After hosting four well-known, ranked opponents, BYU will welcome a completely new — yet similar — team to LaVell Edwards Stadium on Saturday. The visiting Liberty Flames are also a football independent and the school has its own version of...

I do see some delayed stuff on D otherwise, BYU will just sit back and dare Calvert to pass on us. Three interceptions on the entire year is going to change today. Giving them 21 points may be too generous. Skill positions are off the charts but just how good is this team if they have to sub out when studs get tired?
Just look at the chart of teams played and who are their stars


One last thing. Their kicker, Probert, is pretty good, one missed EP on the year but Liberty has only kicked 9 times-all year…They go for it a lot.
grasshopper November 9, 2019, 3:12pm #13

The question is how healthy are we? Who is the QB? Critchlow? Don’t underestimate Liberty the ability to move the ball and score.

BYU has to be alert, Liberty is no slouch.

Yeah, they beat up on teams I’ve never heard of. The 2 tests against P5 teams were a 24-0 lost to Syracuse and 44-34 lost to Rutgers. They’ll move the ball on BYU because of our defensive scheme but BYU is a lot bigger on the line on both sides…and we sub a lot. Watch us move the ball down the field behind Romney’s arm, Katoa and Finau.

Liberty with most likely play up tempo to try to catch BYU of guard or with the wrong personal/matchups. If BYU sustains long Offensive series, this game will wear our their defense, game over.

Getting to know Liberty football: 5 questions with the News & Advance's...

To get to know more about the Liberty football team, Damien Sordelett, the Flames beat writer for the News & Advance in Lynchburg, Virginia, answered five question about the team

BYU should turn on the Sprinkler System on the field just like Oregon did several years ago. We should take out the Flames no proglem.

Somebody on the BYU-Liberty post game said BYU seems to play up to its superior opponents and down to its inferior opponents. i.e. up to P-5’s this year (except for Washington) and down to some G-5 opponents, i.e. Toledo and So. Fla. and Liberty.

So was the coaching. Some really dumb calls.

Somebody on the BYU-Liberty post game said BYU seems to play up to its superior opponents and down to its inferior opponents. i.e. up to P-5’s this year (except for Washington) and down to some G-5 opponents, i.e. Toledo and So. Fla. and Liberty.

Liberty surprised me. We knew they had elite talent at several key positions, QB and Golden receiver. But how is it that everyone knows Calvert was going to Golden and we still let him have open looks all night. The other thing that surprised me is that Liberty did not wear out and die in the 2nd half. Credit goes to them.
on another note, Romney looks human after all and he sure threw up a few ducks.
Lastly, we will live and die by that darned 3-8. It really bugs me that we only line up and rush 6 (and we got a sack) at odd ball times. Those 3rd and 2 yards, we are still in the ol 3-8, guaranteed 1st down every single time.

Well, I did warn you that we should not look past them. Same with the rest of the games.
I agree that the 3-8 doesn’t work if we run it every down. We mixed things up on the defense against Boise and USU and were more successful.
Wilson will be ready for next week.