Well, Here is KSL trying to put a spin on a “tough” Pepperdine squad. 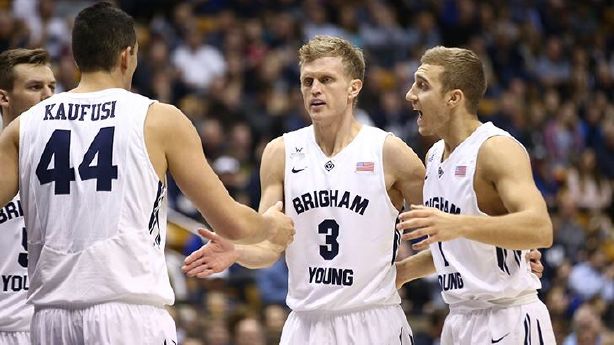 BYU hopes to be healthy against a tough Pepperdine team

The BYU Cougars are battling injuries and the flu as they prepare to host the Pepperdine Waves at the Marriott Center on Thursday night.

The reality here is that Pepperdine does not have one senior on the team and BYU has plenty. The other challenge for UP is that they are undersized with their top rebounders and scorers going 6’6 and 6’7.

It is true that Pepperdine is very good at defending the 3 but then they have not seen a team like BYU that launches anytime they get even a wiggle of a look. Even if BYU’s long shots are not falling BYU has the size to go inside and shoot over the undersized Waves.

The Waves stat filler is Stacey Davis at 6’6 and 245 lbs. but after that the team does not have the height or weight to compete with BYU’s bigger size.

Expect more of the BYU buzz saw and although the Waves have been able to keep most teams well under 70 PPG, expect BYU to blow that up.

Prediction: BYU will be the highest scoring game the Waves have allowed to date. BYU by 15 on ESPNU.

Fish = Chris Bailey… hmmmm… wonder where that came from?

Fishing is something that happens here frequently. Usually it is someone fishing, as in trolling, trying to bait somebody into responding. Floyd and Scott were always real good at that and KC was the “master”.

I know chris is a fishing guide…

Are you implying that some people are bait others around here with KC being the master?

Just giving Black some of his own medicine…

I would like to know where he is. He is one of the guys that admonished the rest of us to stick with this and make the effort to see how it would work.