Takitaki suspended for the season 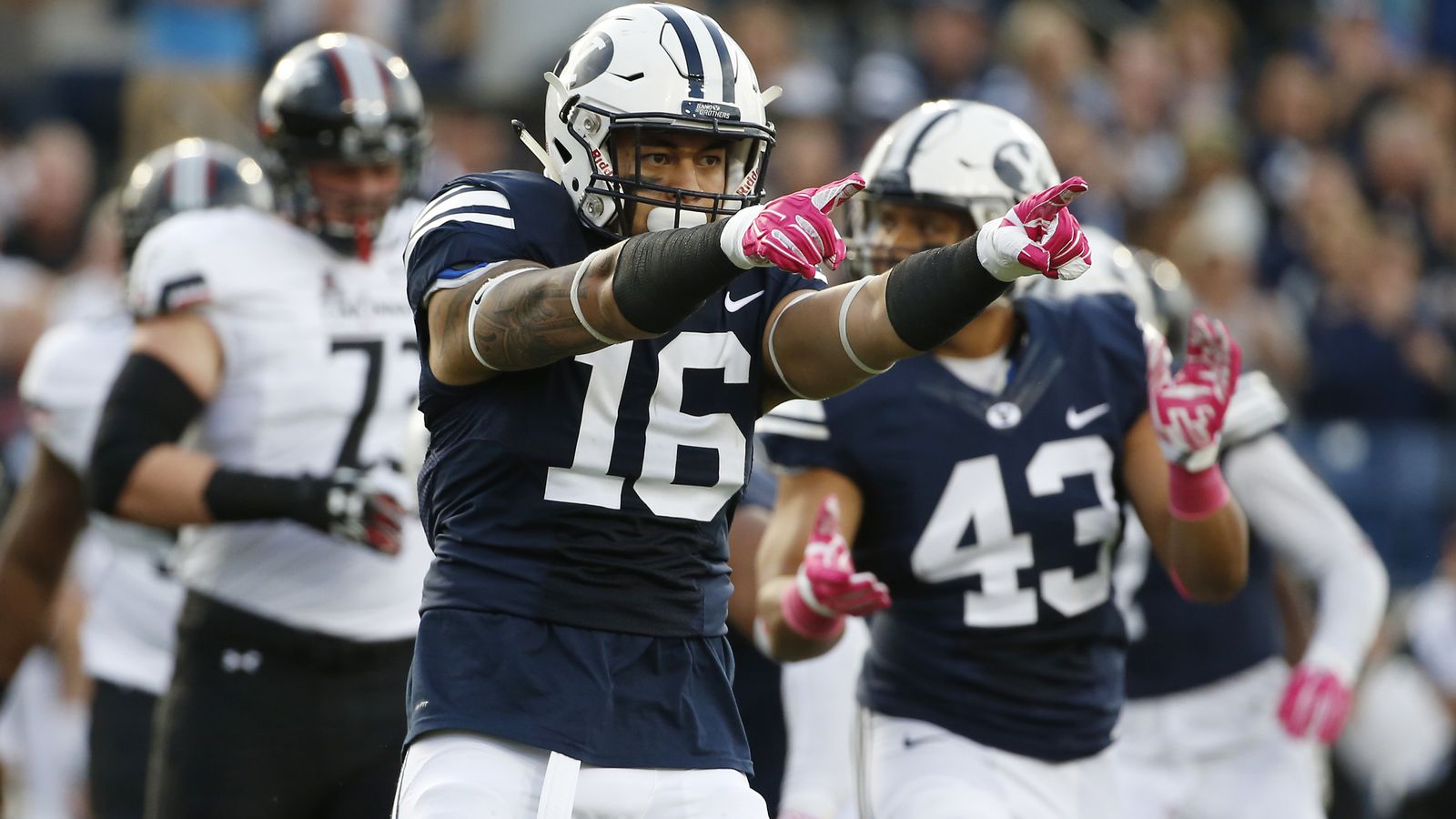 Ouch…that is going to leave a mark!

Unfortunately I could see this one coming based on his past behavior. He is a really outstanding player but he couldn’t seem to keep his nose clean. When I heard that he had been charged with a misdemeanor for theft this past summer I wondered how long he would last particularly after his suspension last season. BYU is a tough place for kids who want to test the boundaries.

Fortunately linebacker is position where there is a lot of depth on the team.

It appears he was given a pretty long leash. Here is a quote from the Deseret News article.

"In 2014, soon after arriving on campus, Takitaki was dismissed from the team for fighting in the campus dorms. Mendenhall later reinstated Takitaki. Later that season, Mendenhall suspended Takitaki for the Nevada game after he missed a practice.

Last summer, Takitaki was charged with two counts of class B misdemeanor theft after he allegedly stole property from the soccer and track teams while working a night shift at his job as a campus custodian. As a result, Takitaki was suspended for the season-opener at Nebraska.

Last week, Takitaki accepted a plea deal in court, admitting to misdemeanor theft. The other charge was dismissed."

I believe he has also picked up 2 personal fouls during games this season for reckless behavior. Too bad, because he really is a great athlete.

Reckless is the wrong word. Bonehead decisions, like the roughing the passer play were he slapped his arms across the qb’s upper body and knocked him over after the ball was long gone.

Too bad for the young man. I hate seeing players getting suspended. BYU will pick up the slack at LB as they have a lot of talent. I hope he gets things straightened out and doesn’t have any more problems. As far as personal fouls go-well-never mind-I don’t like cheap shots, but I like aggressive defense so your are going to get PFs occasionally.

Agreed, a definite ouch, but he kinda of left Bronco with no choice based on his behavior. He doesn’t seem to be cut out to live up to the standards of the school. Maybe he should think about going some where else that tolerates these kind of things better like… Florida State, or Utah.

His erratic behavior seems like he might be on something. Any word on this kind of matter?

Erratic behavior? A fight, missing a practice, minor theft, a couple personal fouls. Sounds like a 20 year old kid to me. He might not be up to BYU standards but insinuating that he is on drugs is a bit of a stretch.

I doubt he’s on anything. I think he just lacks self discipline. All of the things that have been mentioned that have left bad marks next to his name are discipline issues. Everyone has lapsed in judgement. The continued train of errors suggests to me that he simply doesn’t care.