This is Nuts/ Utah vs Oregon!

The PAC12 is a great league, isn’t it? Of course, the CFP nonsense is the root cause and it’s all political. Time to have a real playoff with 16 teams. At least expand to 8.
What will Witt do? What is the moral and ethical thing to do with all that money they and the PAC12 can make by fixing the games? If Utah does lose both times, will anyone believe they didn’t throw the games? If they win one or both, will the PAC12 kick them out?
The same thing could happen to BYU in their new league if there isn’t a better system in place like mentioned above.

Utah plays Oregon on November 20. But other than that the Utes have two layups against cellar dwellers Arizona and Colorado. Win or lose against the Ducks, the Utes are winning the P12 south and playing in the P12 championship game, where the winner goes to the Rose Bowl.

The Ducks still have to beat an above average Wazzu team to win the North (if Wazzu beats the Ducks, Wazzu likely wins the P12N). Assuming the Ducks beat Wazzu, it’s Oregon and Utah in the P12 championship.

So the key game for Utah is the 11/20 game, because if they LOSE on 11/20, they go to the Rose Bowl whether they win OR lose the P12 championship game to the Ducks. So the Rose Bowl could have an unranked 8-5 Utah team from the P12. So much for the credibility of “The Granddaddy of Them All.”

Many people would suggest otherwise as they are obsessed with capitalism and the pursuit of riches and money, but I am here to state that it is what it is… and that is the root of all evil.

People blame all the problems in the world on religion, those who seek after power and domination, etc. but I am here to state that all of those blames are rooted in the love of money and gain. A man who seeks after riches and justifies it by saying he is just trying to give a better life to his family is a fool. More often than not he sacrifices his family for the pursuit and love of money, material possessions and approval from society but not from his God.

I think I will stop there.

Utah also goes to the RB of they win both, so the incentive to lose only really applies if they lose the first one.

You almost made your point but felt short, again. The love of money is a root to evil. Agreed. But, a father or mother who prepares to support their family and ends up with a successful business or career doesn’t mean it’s evil. Nor is it evil to make a good life for your family and bless others because of your success.
It’s clear that through only capitalism can the poor be lifted out of poverty. Socialism hurts the working class and poor but never the wealthy. Inflation doesn’t touch the wealthy. I think I’ll stop now. 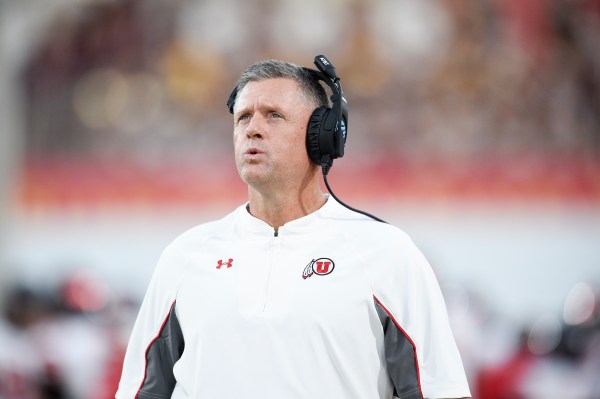 Pac-12 postseason scenarios: How Utah climbs into the Rose Bowl if Oregon...

The Utes could make their first appearance in the Rose Bowl by not winning the conference championship.

Not so fast everybody. If Utah loses all its games against Oregon it means it’s a five lost team. The Rose Bowl committee can then select anybody from the PAC 12 if they are ranked ahead of Utah.

why not take BYU to the Rose Bowl?

only capitalism can the poor be lifted out of poverty. Socialism hurts the working class and poor but never the wealthy.

You always look at issues as an either this or that so you fall short. I made my point and fell short of nothing. I wasn’t comparing the two, I was only talking about the love of money. I won’t get into a lengthy discussion about it except to add one last thing…

You can buy anything in this world with money but all that is really necessary is having sufficient for your needs. That perspective would be just fine, unfortunately we live in a worldly society that doesn’t understand what it truly means to be Christ like.

why not take BYU to the Rose Bowl?

There you go. I like that and it would be fitting seeing as Byu is the pack 12 championship this year

I think you should meditate on that verbal exchange more. It doesn’t mean that you can’t be successful and live in a mansion, fly jets and so on. If you did, you would probably by in a position to give many jobs to people so they would have sufficient for their needs.
I would also point you to scripture that says “wants and needs.” Not just needs. We don’t live under the United Order yet.
You are right that there are many who don’t give to the poor and needy when they could. But, we shouldn’t be deciding that rich people are automatically evil too. The one thing that is true since Karl Marx came up with the plagiarized concept of the United Order with Socialism is Socialism cannot work long term. Hardly short term because it demands tyranny and loss of liberty and freedom. Capitalism can also be misused and obviously is at times. But, it’s the only system for the world right now that allows for liberty and freedom in companionship with the U.S. Constitution.

But, we shouldn’t be deciding that rich people are automatically evil too.

Who is doing that? You are making an inference based on assumptions that aren’t accurate.

You can buy anything in this world with money but all that is really necessary is having sufficient for your needs. That perspective would be just fine, unfortunately we live in a worldly society that doesn’t understand what it truly means to be Christ like.

It sure sounds like you are inferring that to be Christlike you can only live within your means. Anything more is not Christlike but worldly. So, how much is too much?

I don’t think I will comment on that question because it is an individual thing unique to every situation. Of course that is how it works in every aspect of life really.

Yeah, better not to even think about it and just accept that it happens in every facet of sports. It boggles the mind the way gambling has made its way into every aspect of sports nowadays. It is almost like you can’t just enjoy the games anymore. Everything is about the line, the over/under, etc.

If Oregon wins both games, BYU is out.

translation - Regardless of what happens, BYU is out.