Time for another off-topic discussion

and this is it.

I want to know your thoughts about the news that BYU is going to buy the Provo high school campus for 25 million dollars. Is that the going rate for property in Utah county right now? 1 million dollars an acre seems high but maybe it isn’t. Also, they say they will lease the property to the school district while the new high school is being built for nothing. Seems like a pretty good deal for the public school system… sell an old property to a private university for more than market value, stay there for 2 1/2 years rent free and take the money and build a brand new school. I’m guessing the property for the new school didn’t cost 25 million.

So is it the right thing to do? I know that BYU gets way more applications and interest than they can handle and if possible the school could double in size tomorrow. Anyone have any thoughts on it?

Location, location, location. Yes, the property is expensive. However, where else can you add 25 acres to your campus without buying out a bunch of houses, engaging in costly rezoning and fighting neighborhoods for the right to expand there? The fact is, a grocery store or a shopping center would recoup their investment very quickly because the location is right in the middle of student housing as well as right across from campus. In other words, they had competition. They paid market value and long term, it was a good investment.

New building(s) for the Engineering Department.

bingo…by the way @ 25 million, BYU was not the highest bidder but the school district and city got a 30 month rent free period that gives them time to build south of I 15. Everybody wins

As long as we’re on the off-topic section and this particular subject didn’t drum up much discussion, I’m going to move to something else. Has anybody seen this? 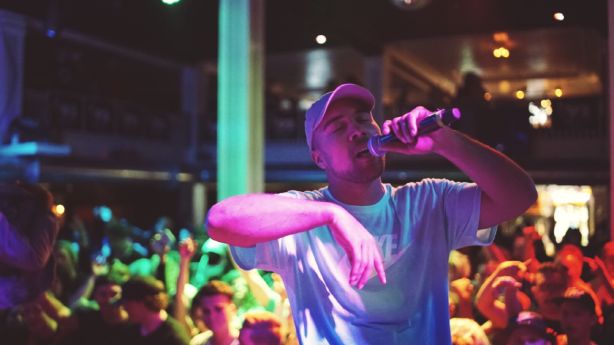 Coming in ahead of mega hip-hop stars Drake, J. Cole and Kendrick Lamar on the iTunes top hip-hop/rap album chart is an artist with a unique name and local ties: Jamesthemormon.

First off, what do you think of the rap guy and what he is doing and his popularity.

Second, what do you think of Sitake getting involved in the “motivation” video/song?

I am okay with it. I’m not really into rap as a music genre but I like the fact that they are kind of portraying the idea that rap can evoke goodness/values, which is something that is desperately missing in the world and this type of music specifically.

Jim, this is a Gem. good job

I hate rap by the way but I not only listened to the song, I read the entire article about James the Mormon and his rap. This is very good for the church, especially loved the part in the song where all the kids are jumping around the bedroom and the parents are “Representing”

Jim H: To me it looks like a pay back to Provo to help them build a new school or two. BYU’s BOT might believe that Provo is truly a happy valley and so BYU is willing to help the school district out. Ever read the book, “The Art of the Deal?” Perhaps this is how Trump’s business grew to such a huge operation. Maybe Trump will make new deals in reverse if he becomes President. All power elites have many options, a deal is a deal.

Good point rblack. The art of the deal.

Jim, it was just announced that BYU needed a more appropriately sized gym for their basketball games in the WCC and they feel with the Provo High School gym they have a better chance to win the league championship.

No… this will not give them a better chance. This will worsen their chances. Too many of the teams they play would be too comfortable playing in the Provo HS gym. In particular, the rec. league officials (as so many here call them) would be way too comfortable too. Most rec. league games are played in high school gyms.

So while it would make them more accepted, I’m not sure it would increase their chances to win the league. The only way that happens… well, it isn’t going to happen as long as they are in the same league with “america’s team”.

The Dallas Cowboys are America’s Team too and they don’t win their division every year. I just think that is an excuse toke you feel better

I just think that is an excuse toke you feel better

No excuses… facts are facts and it doesn’t make me feel good at all.

No… this will not give them a better chance. This will worsen their chances. Too many of the teams they play would be too comfortable playing in the Provo HS gym.

What Kay was saying is that BYU will PRACTICE in the Provo gym to get ready for WCC play.

It’s a shame that they just spent all that money on the new practice facility next to the Marriott Center, when the Provo High gym makes much more sense. Maybe the practice facility can serve as overflow for devotionals.