How trekking up Y Mountain is fueling BYU guard Jesse Wade’s return to the...

Ascending famed Y Mountain every day during the pandemic has served as a metaphor for Wade’s comeback from a knee injury.

Great story. With that attitude maybe he will surprise us and be a significant contributor.

Been there. I had my first lateral release surgery on my right knee while at BYU. It took a year-and-a-half to get back to feeling full strength and not having to wrap it up heavily before athletic play. However, I was able to get out and do things with it heavily wrapped 4 months after surgery. Inter mural football and some volleyball. Couldn’t run full speed or jump high, but I could work out. I got to where I could do 210lbs on the leg extensions with just one leg. It takes time to heel. He should be ready to go.

Acknowledgement is the first step in coming to terms with it. This helps explain my trampoline comment as the true reason behind your 38" vertical jump.

I understand you needed your height to touch the rim. I used athletic ability. Only knee surgeries could limit my jumping abilities.

I understand you needed your height to touch the rim.

I could dunk a volleyball but I had little or no jumping ability. I had good timing so I could block shots pretty well. However, I digress… let’s call your reply what it is… a retort from someone who suffers from short man’s syndrome.

I’m glad you are honest about your lack of athletic ability. Imagine if you had my jumping ability. You would have started at BYU. 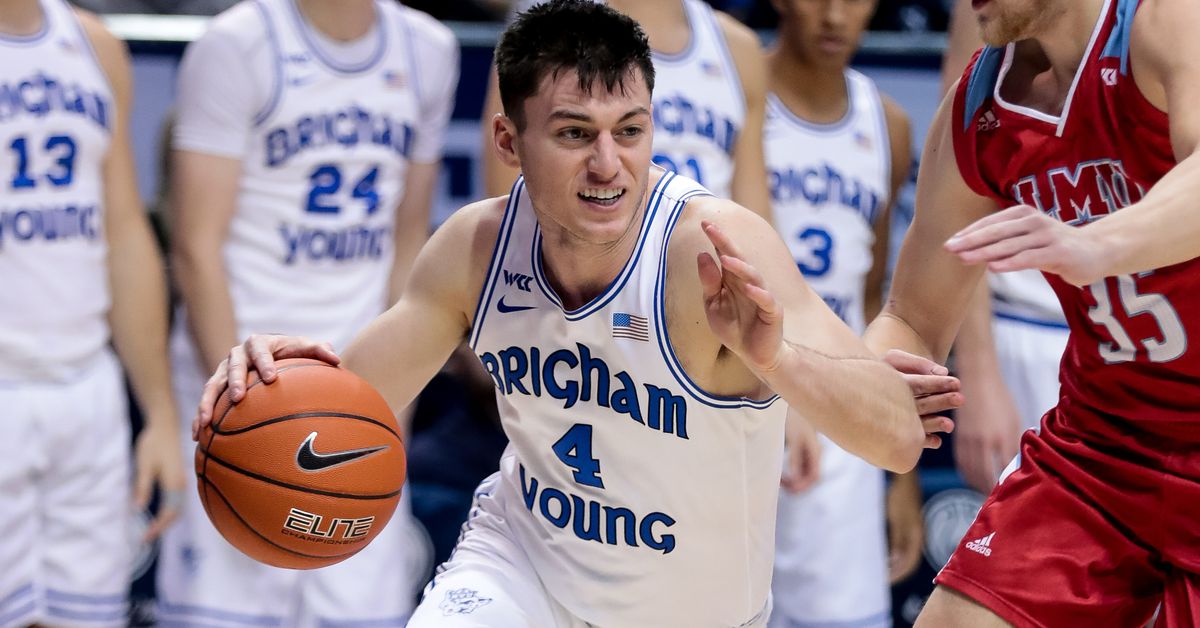 Alex Barcello is looking forward to pick-and-roll possibilities with this year’s team like he had with Marvin Bagley III in high school.

So AB was playing point with a top NBA talent.
It has been a long time since I have seen so much talent on the team from all positions.
I am still a bit concerned about the point but with AB and Jesse Wade, who both played PG in HS, the team should be ok this year without picking up another point. Though I think it would still be a good idea. Especially for next year, as Wade would be the only experienced point.

AB, Connor Harding, Trevin Knell and Jesse Wade and transfers, Gideon George and Spencer Johnson together make a solid set of guards.
The bigs, Haarms, Baxter, Lee, Hayward, and Lowell also make a fine set. Especially if what AB said proves true: “Wyatt is a lengthy guard in my opinion. He’s got guard skills to be able to shoot and dribble and get by defenders. He’s another guy that, at 6-10, who’s going to guard him? He’s a guy that can shoot. It’s a hard matchup on the wing.”

Every single player a legit Division 1 player, hasn’t happened for too long at BYU.
And then the name I love, Townsend Tripple, another big iff he doesn’t do the mission trip thingy.

Still don’t see Wade doing much on this team. Not a point, and there are a bevy of shooters (Knell, Harding, Johnson) that are 6 or 8 inches taller.