What we learned from the BYU football media coverage

Ed Lamb said that he talked to J Williams. Williams stated that he was super excited to return to BYU football.

Coach Tuiaki says that they all get along great.

Lamb said that he and Sitake had talked years ago about working together.

Detmer says he feels the weight of calling plays on the college level. Says he is a quick learner

The coaches are busy recruiting the current players as well as new ones. They are very happy about the way the process of hiring new coaches is coming along

Detmer said he wanted Taysom back and no one, including Tanner is guaranteed. I took that to mean a position and playing time not guaranteed. Spring ball will be where many things get worked out. I am OK with that. I want Taysom back and I want him to have a monster year. He is a great young man and an incredible talent. I would like to see him get back on track for NFL stardom.

Tanner has plenty of time to play. Spending some time learning and backing up are not bad in my book. Somehow Wilson and McMahon both did well and survived just fine.

Having a healthy JWill back would be awesome!

Floyd, It would be good if you provided news links with your posts just to help us get to the facts without having to look for them. 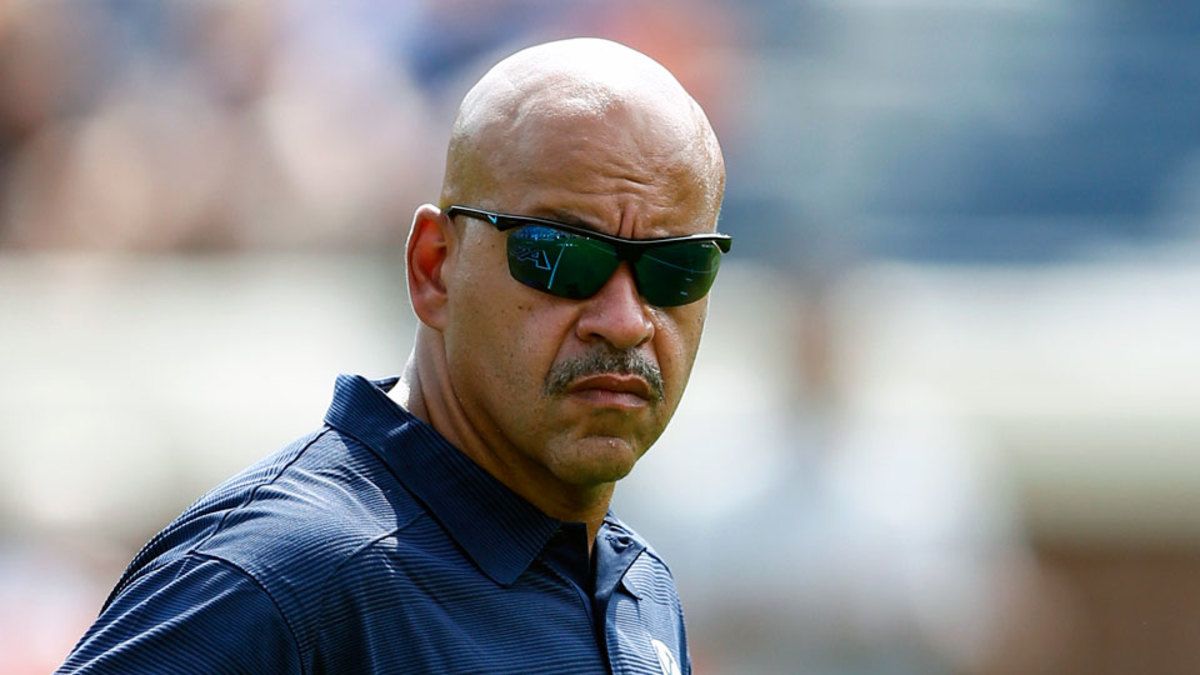 I had heard as much but hoped Holliday would stay. It may be that BYU wanted Holliday to stay but that he accepted an offer from Utah before Detmer got here? Just my thoughts.

Utah offered more money than the Y was willing to pay.

I thought since it was on the site News page, people would know about it…

How do we know Kalaini was not interested? When was that said by someone with knowledge and authority? May or may not be true but want to separate conjecture from fact.

My conjecture right now is Utah offered more money and that more than anything was the deciding factor.

I hate losing Holliday. By all accounts he is a great recruiter with very solid relationships in Texas. And not LDS. And the only black coach on the staff. And a guy who loves BYU’s culture and HC. And a guy who sent 20some guys to the NFL. I will never forget Jordan Leslie saying, “If I had any idea how much I’d love BYU, I would have come here in the first place.” Holliday could sit in a living room in Texas (or wherever) and say, “Ma’am, I’m not LDS, and I love BYU. And don’t believe the recruiters who tell you your son won’t be happy there. I have been treated great and I’ll take care of your son.” I heard recruiters say that to me about my son and I can tell you it matters, and matters a lot.

Now that I got that off my chest: for all I know Detmer has somebody as good or better in the works, so I’ll withhold judgment on whether we should have coughed up more dough to keep Holliday. Best of luck to him at Utah–he’s a good man.

My conjecture right now is Utah offered more money and that more than anything was the deciding factor.

So it is ok for you to conjecture, but not me?
If Kalani was interested in keeping Halladay would it not stand to reason that he would have “Told him” he was going to be retained? I believe Kaufusi is being retained…

Simple logic says " Halladay left because he was not told he was going to be retained" as well as he just bought a house in So. Jordan so I think he wanted to stay in the area…

What do you think about Calhoun coming back…

Is he coming back? I think Cahoon would be great–a BYU guy with a great pro pedigree. I am mostly just sad to lose the connections that Holliday has in Texas HS football, and I think hiring an experienced, non-LDS black coach was a great move by Bronco, because it matters to recruits. We have signed several non member players from Texas (plus Gulley from Alabama) in the past few years, and we can largely thank Holliday for that. Getting Detmer will offset much of that, because although he has 20 fewer years of recruiting experience, he can put his Heisman down on the kitchen table when he talks to recruits. “I’m sorry, Junior, let me move my Heisman over a bit so that my view is not blocked.”

Sorry if you took offense Floyd. The difference is I identified my conjecture as such.

I am fuzzy on Calhoun. My memory is failing me. Who is he?

On the other hand I think Ben Cahoon would be awesome. He was a great route runner, amazing eyes, and glue for hands. I thought the receivers were improving under this coaching. I honestly didn’t see the improvement under Holiday as I expected. Mitch had the body to be great…perhaps elite but he struggled with the over the head catch, getting separation, staying in bounds, etc. All things I though good coaching could fix w/o too much effort

What about Glen Kozlowski? He was an amazing receiver that played with fire and caught well beyond his apparent natural ability. He is already a HS coach. Perhaps he could teach how he played?

But I also think he have a point with Coach Halladay being black and non LDS has some serious tools to help recruiting.

Your right I should have typed Cahoon (darn fat fingers)…

Koz would be good, from what I remember he is coaching HS in Chicago somewhere… he would be great with the inside receivers… I remember Koz statement years ago “If I can touch it, I can catch it”…

Koz was one of my favorite BYU players ever. Here is an interesting stat on his NFL career: his rookie year he only appeared in 3 games but had 15 catches and 3 TDs. He played 4 more full seasons and one partial, but never had another TD catch. But anyone who lasts 6 years in the NFL is a Real Man. And an NFL team only keeps a marginal role player 6 years if the staff and GM truly love the guy. I loved his passion on the field at BYU. Krystowiak would have hated Koz and said that his aggression posed a risk of serious injury.

I’m told by the proverbial Dude In The Know that the delay in naming position coaches is not that we “can’t” get the guys we want, rather there are just a lot of good candidates wanting the jobs.

He also suffered some significant injuries in the NFL that hurt his playing time. As Floyd quoted, if he could touch it he could catch it. That has to be taught to the receivers. They need to believe it and do it.

Also, Deion Sanders had the same type of opinion and when the ball was in the air he said it was his. Our DBs should be taught the same…not just try and prevent the other guy get the catch - turn the tables. Make the other teams receivers have to defend the pass from our DBs. I have always thought they had the wrong mentality. They could do better if they took some attitude from Deion. 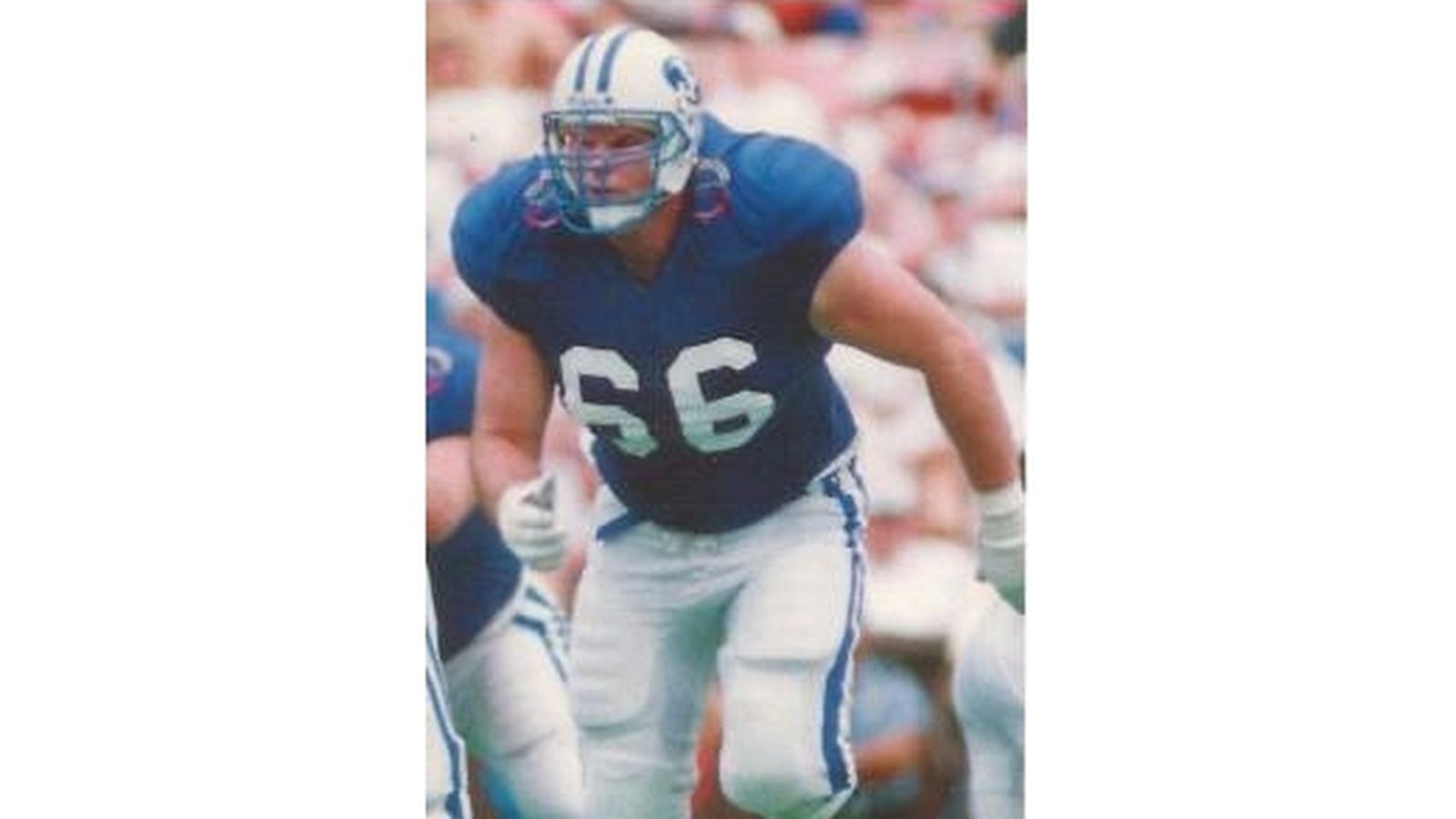 The former Cougar and BYU coach is reportedly set to rejoin the school for Kalani Sitake's staff.

I have no context on Empey but we really need an outstanding coach for these positions. Someone who can get great talent AND can do amazing things with whatever talent he has.