Why Utah won the game 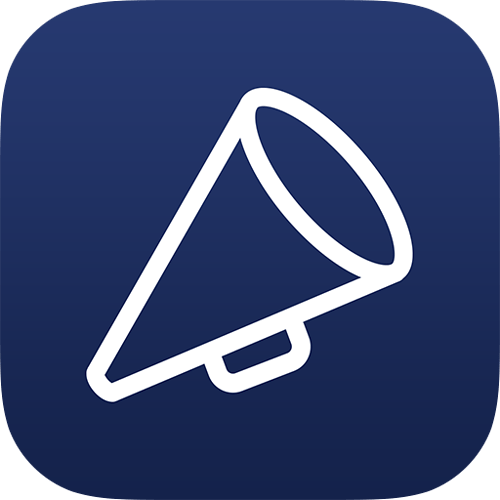 Why Utah won the game

While this pains me and I have to wash by buddies truck in Ute garb (down graded from a halter top at the last second), I have to give props to the pukes. I could complain that the homer P12 refs did their best to hose BYU by tick tacking every call...

Fish: Great post. To me Hill did not look like he was up to it. I think it is time for Tanner Mangum to play at QB for BYU.

I am not sure that Hill is playing a little bit hurt or he could not over come the Utah defensive pressure. I think its time for Tanner Mangum at QB.

TS: I agree with most of your post, but this is maybe the worst I have seen Hill play under pressure, ever. Time for Tanner M at QB for BYU.

Exactly. So maybe the replay guy should be fired. If you don’t know what you are doing, call Pereira and ask him what the call should be. I would also fire the guy that turned a blind eye to the facemask pull by Utah. Sometimes a play like that can be missed when it is in a crowded group but that was out in the open and the only way an official doesn’t see it is to turn and look the other way.

Now if one of Utah’s best players had been treated the same way Nacua or his backup was or if the Ute running back would have had his head pulled around by the facemask with no call then we can talk about who the “better” team was in this game.

We can nit pic about this and that but Utah won even though they had 6, count them 6 turnovers. BYU had chances to win the game going away and they were not up to that task. On KSL game highlights, I saw a horse collar by a BHY player that was not called. Both side can bemoan missed calls by the officials. U of U won and with 6 turnovers. Gotta give the devil his due.

Nobody gets fired…But I will buy your conspiracy argument on Nacua’s ejection…I presume these were PAC officials, because my understanding is they will not play us in home games without their own officials…anyway, the officials are conference officials, beholden to the conference and the conference alone. My understanding is there is zero NCAA oversight. A rising tide lifts all boats, and the officials make more money and have more job security if the league succeeds. I saw some absolutely TERRIBLE calls in this game, and all but the non-facemask call can be rationalized or reasoned away. Nacua’s ejection, however, was not a “call”–it was a reasoned decision, with video and time to burn, by a person who had to decide whether to enforce the rule and potentially harm his employer, or ignore the rule and potentially benefit his employer. But I DON’T think Nacua’s ejection, or the refs, caused us to lose the game. I think we lost the game because 1) the left side of our OL was terrible, 2) our QB’s accuracy was terrible, and 3) we excluded our best player from the game plan.

I like this quote I saw in the Herald: “BYU fans are the worst fair weather arm chair quarterbacking idiots I have ever had the misfortune of listening to. I was part of the team which saw Robbie Bosco get booed less than a year after leading us heroically to a national championship. This offense typically takes a full year for a QB to mature and master. Think Steve Sarkisian. He had a decent year his first year in it. He had a wonderful year the next. Taysom is doing a great job managing the offense and will only get better. Ty is doing an amazing job installing a very complex offense and it will do nothing but improve. If anyone here thinks that the results would be different with Tanner under center then they are showing their complete lack of football knowledge and intestinal fortitude.”

Calls to bench Hill for Mangum are wrong. For those who have forgotten, Mangum went 25/56 in the bowl game last year.

Great quote-thank you! Barring injury I expect to see Hill the rest of the year and BYU just get better

hardly, Utah gave up 6 turnovers and still won the game. If anything, their lines deserve more credit.

I agree that the refs screwed us any chance they got but hey, it is in their interests to have Utah win.

I think it was the correct call. Sitake knew that we could not stop Utah and our Dline was gassed. In overtime Utah likely would have scored a TD

The real damage in ejecting these two players is that this bias reffing crew just stuck their fingers into our next game…which also happens to be a P12 game. If BYU losses to UCLA, especially because they pass for some scores in the 1st half, I will be pissed.

I will also be laughing when Utah losses to Arizona, as they have for the past 4 years.

Look, no one here is calling for Hill to be benched. I have not read a single posters who has inferred as much…what we are saying is that Tanner is burning a year for the team and that his arm is stellar. Hill’s is not, the ball was high, low, behind (first play). On a team like Utah, where their line is going to stop the run, Tanner should get in for some plays to get that ball in the air and down field.

While I don’t believe in a 2 QB system, I do think that you can use Tanner for a designed play now and then.

I agree you weren’t, Fish, but txcoug1492 sure sounded like he was: “Fish: Great post. To me Hill did not look like he was up to it. I think it is time for Tanner Mangum to play at QB for BYU.”

Are you aware the BYU is the only teams in the nation to not have a passing play of over 20 yards. What does that say about Hill’s arm. No doubt he is an absolute stud and if the refs would have done their job, BYU most likely would have won but we do need to see more of Mangum. He should of won the UCLA game had it not been for UCLA running wild on us in the 4th. I still remember Bronco blitzing when he should have called for LBs to just sit in the lanes and win the game but no, we blitz and they score.

Just a little Tanner here and there, that’s all I ask.

We would have had at least one if a certain tight end hadn’t dropped it, and no, I wasn’t aware of that. I understand there’s a trade-off between the two, but with our weak offensive line, I would take Hill’s mobility over the arm strength. I’m a big Mangum fan, and I believe he will be good next next year, and probably great the next, but he will need a good line to help him get there.

Thanks for the quote–it gives good perspective. I think the former player is being a bit harsh, in that fans of EVERY college football team with high expectations are no better or no worse “fair weather arm chair” QBs than BYU fans. That said, I think Detmer is a genius and that Hill is a once in a generation athlete. My point was simply that in the Utah game, Hill’s throws were literally all over the place. He couldn’t even complete simple, short, open passes without stress. In that case, when we have an embarrassment of riches with a potential All American QB sitting on the bench, I would have given Mangum reps. Using two players at one position in one game for lack of execution on the part of one does not rise to a “benching” in my book. If I were talking to that former player quoted in the Herald, I’d tell him that I agree that Mangum was off in the bowl game, and that had a healthy Taysom Hill been sitting on the bench, I’d have called for Hill to get reps at Mangum’s expense in the bowl game.

I did rolled my eyes when someone on this board wanting TH to be set aside and put in TM to lead the rest of the way. Well, we are not the coach here for BYU football. I did thought for a moment in the 3rd or 4th qtr when TM going to be inserted for one or two series which it didn’t happened. I trust our coaches and TH and we have to be patient. Maybe this Saturday might happen if something not working with TH. I was fine with TH the whole game bu at the endt timing and unexpected blitz going for 2 points was painful. And, of what happen in the 1st qtr at LVBowl was really painful and we didn’t see it coming on TH last Saturday on first play.

Please we are not going to see another Pac 12 ref for this Saturday. Anyone know?