On Sports Nation today it was announced Wilson will start. I hope we don’t start conservative and just run the ball.
I also hear that the defense will play a lot more man to man. That should stop the quick releases that kill us.

While I welcome that, without a healthy Canada, or someone to step up in his place, and an improved defense, I think it is likely we will fall to Hawaii, too. Wilson looked better last week–smooth motion, savvy in the pocket, elusive when running the ball, but he was playing against a late game defense, after the game had long been decided. Reminds me of when Critchlow came in last year. He looked better than Mangum, too. But when he started games; not that much of a difference.

Wilson very well could be the future–I’d like to think so. But there are so many other factors that need to be addressed, I’m not optimistic. I feel for my beloved Cougars. I want them to do better, but I’ve lost confidence. Actually started thinking about following another team, but I don’t feel like I could be invested in any other team more than I have been the Cougars. It’s a bummer.

True fans stick with their team in good and bad times. I think the change will be good. I also would like to see the tight ends be used more. Especially Bushman.

On Sports Nation today it was announced Wilson will start.

There’s a human pride element, and the baggage of “he clearly won the starting spot in camp” and “we’re not going to yank him if he plays badly.”

On the other hand, when coaches of any team start saying, “Every player at every position is being evaluated in a start-from-scratch competition this week,” that is coach-speak for . . . we’re going to be playing different people.

You are waiting for fake news? LOL!
No, BYU Sports Nation knows more.

While I welcome that, without a healthy Canada, or someone to step up in his plac

Very excited to see what young Wilson can do.

Wilson has had John Beck training with him. I think that it was a poor kept secret that Sitake was going to start Wilson after the Washington game regardless if we were winning or losing.

Tanner has served his purpose getting us through that murder’s row, Wilson will take hold and never look back.

BTW, The starter for Sat. has not been stated. Whoever is spreading this rumor should knock it off. Wrubull just tweeted that he would like to know who the starter is on Sat. minutes ago 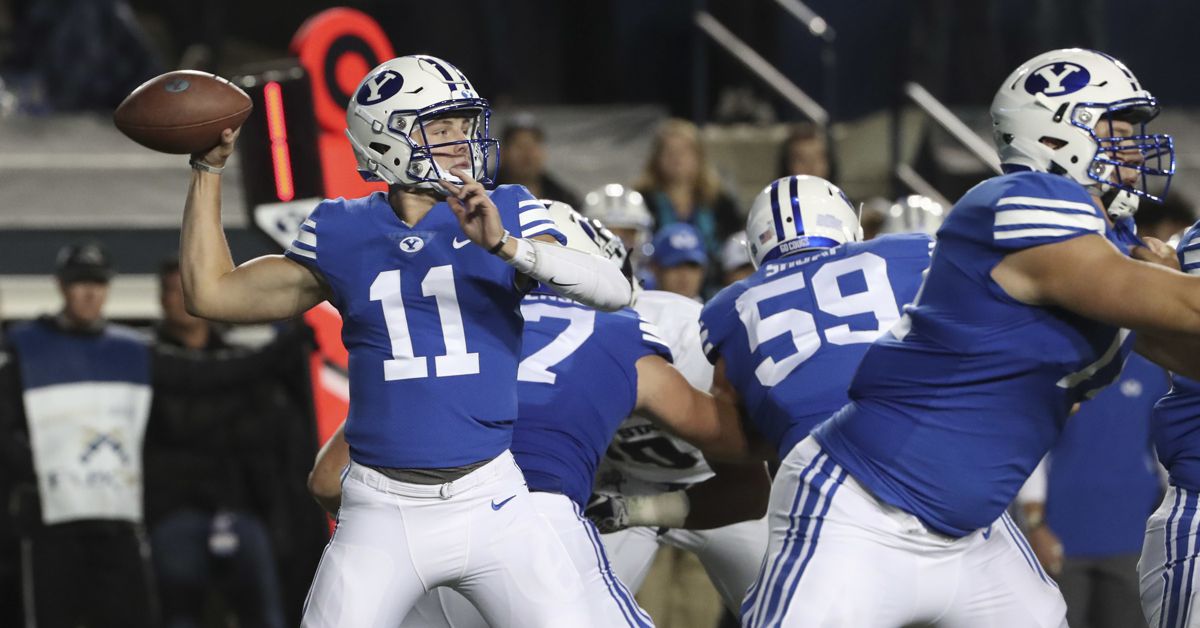 As he approached a gaggle of reporters after Wednesday's practice, anticipating questions about the quarterback situation involving senior starter quarterback Tanner Mangum and freshman backup Zach Wilson, Grimes made a statement.

Once again the coaching staff has failed to do what is necessary to get the right players and schemes going to develop any momentum or consistency for this team. The talent is obviously there, as evidenced in the Wisconsin game, but the proper utilization of talent and game planning is sorely missing.

Why is this an ongoing problem for this program?

Too much politics, too much favoritism and nepotism. It is the same things that have plagued this program since the beginning of time. Having said that, I doubt it is ever going to change… just like the problems that require a sports psychologist… it is not going to change.

I echo John Brady’s sentiments. I want to find another team to root for because I am weary of the way this team messes with my psyche year after year, but I don’t know if I could be as invested with any other team. The frustration of being a BYU fan just goes with the territory. 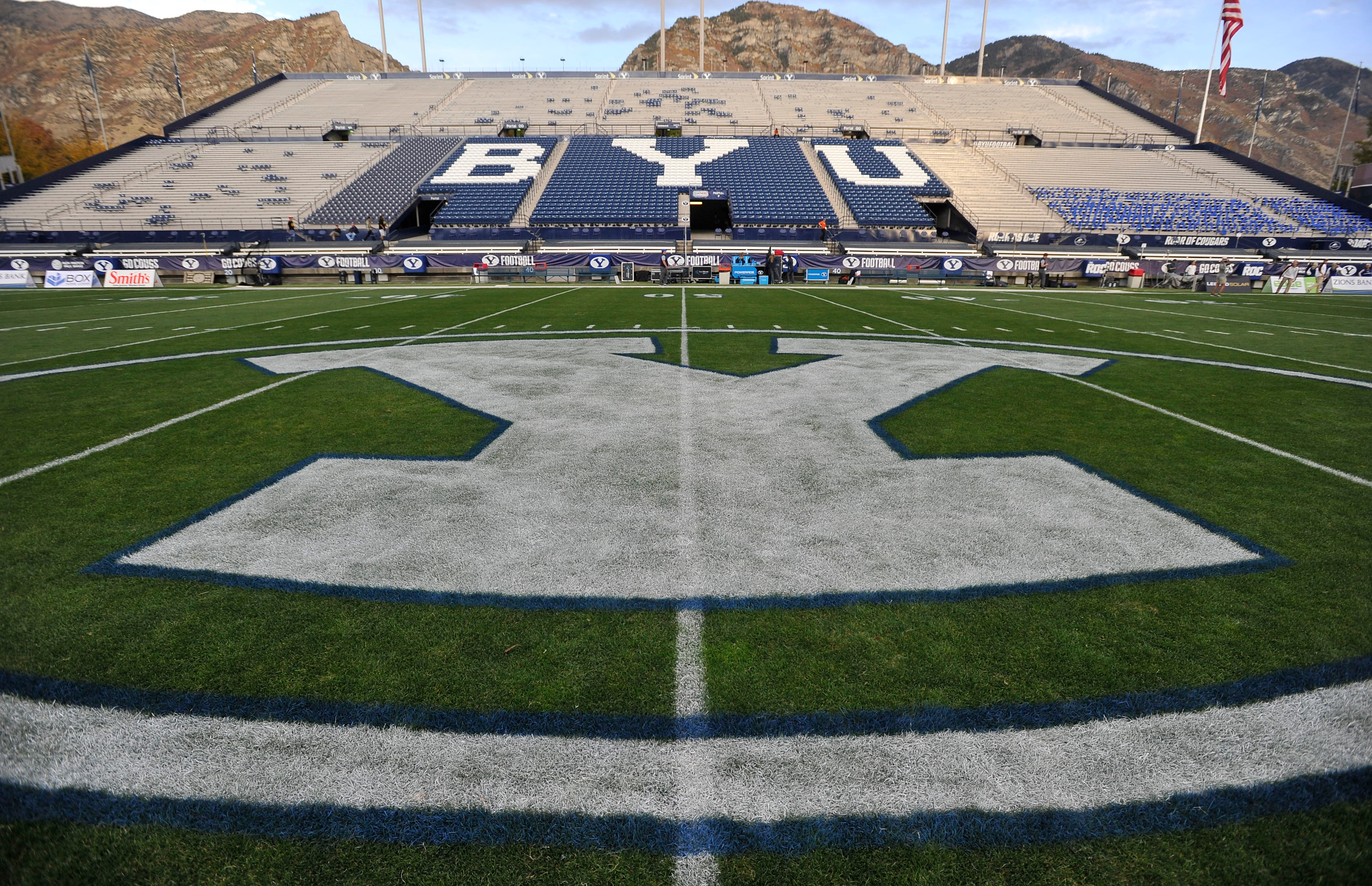 BYU Football: It’s time to give Zach Wilson his shot as starter

Tanner Mangum has done well so far this year, but not well enough to make up for other holes in the offense. It's time to give Zach Wilson his shot. This i...

in the next article, USU’s starters are listed. I agree with everything that Adam Gibby writes, every single word.

One of the biggest counter-arguments to Zach Wilson's success against Utah State is that BYU was playing in garbage time against backups. But is that right...

I am so tired of hearing the coaches … mainly Grimes complain about the performance of Wilson in the USU game by reminding everyone that it
Came against the USU reserves … shouldn’t count for as much etc! There were 8 USU starters on the field when Wilson entered the game. If it was so easy to throw accurately and run through the reserves against USU … why wasn’t Tanner doing that? You ever see Tanner complete a beautiful back shoulder throw 30 yards down the sideline this entire year?? Nope! UW and USU had some 2nd team players in most of the 4th quarters and Tanner couldn’t do a dang thing against them because he isn’t that good. He is just inaccurate enough to keep our receivers off balance and when they pass the 20 yd downfield mark they know that the odds of a well thrown ball go down to 10%. When Wilson performs or Hall performs or Critch performs … there will be a lot of credibility issues on Grimes and Sitake.

Probably a good time to acknowledge Tanner’s achievements since Wilson will be the starter from here on out. Beating BSU, Neb. on hail marys was how legends get started. No one can ever take the Wisconsin win away from Tanner. But he simply put himself into the situation he is in. Can’t move and can’t make a big play. So a big thank you to Tanner.

I remain, an decided, as to whom I believe should start vs. Hawaii.

Having said that, I remember that Tanner was able to play and win
vs P5 teams like Nebraska, Arizona, and Wisconsin. He has been successful
vs Boise State, and Wilson is probably one of the best High School QB’s in the
nation, with virtually no college Division 1 experience.

With Canada and other key players out or extremely limited, as players of the game,
and with our lack of success in both Washington and Utah State, it is more than obvious
that changes must be made. I am not sure that the change should be a QB, nor am I sure
that it should not include the QB change.

Ron, someone has to make a decision and get off the fence! Status quo isn’t going lead anywhere but down. And the coaches will be the last ones out of the stadium because all the fans will leave first if Tanner starts and we get beat by Hawai’i. The coaches don’t want to be shown up … in their desire to say that Tanner was the best option … so they are in a difficult spot. If Wilson plays and does well … fans and the team will be happy … but the coaches will have their football talent IQ questioned and they don’t like that. This is the reason we haven’t seen Wilson in charge or really even put in … except for 4 min this year. The coaches jobs may be on the line if we flame out against the rainbow warriors … so they will probably try to walk a fine line. They should start Wilson but they will probably start Tanner and hope that things go well and they save face. If Tanner starts and things start downhill they will be forced to put Wilson in the game. We will be treated to a human nature viewing experience on a Saturday!!

I agree with almost of of your reply to mine. When I say that I am undecided as to who should start the game, it is because I do not see Tanner as the main problem, but instead, I see him as the scapegoat for the main problem.

It has already been determined that Wilson will be the stating QB for the Hawaii game.

I agree with that decision, not because I think that Tanner could not do as well as Wilson, but because I can see that a Change, must happen to survive. (Scapegoat or not).

I do not favor Tanner because he is a senior. I believe that the man that brings us the most hope for a win should be the starter. I don’t favor Tanner for the experience of having defeated p5 teams and a very talented Boise State, but instead, I favor the best athlete that gives us a chance for win. I like the dual threat QB over the Pro Style Pocket QB. I like what I see in Wilson. I like the fact that he was one of the best QB’s in High School football.

I have nothing against Wilson. No starting division 1 QB has ever started the game being an experience starting Division 1 college QB. Growing pains are A pre-requisite for greatness.
I get it. I just see Tanner as a small part of a large problem, all of which need changing.