With the death of Cernan, America lost the last big dreamer 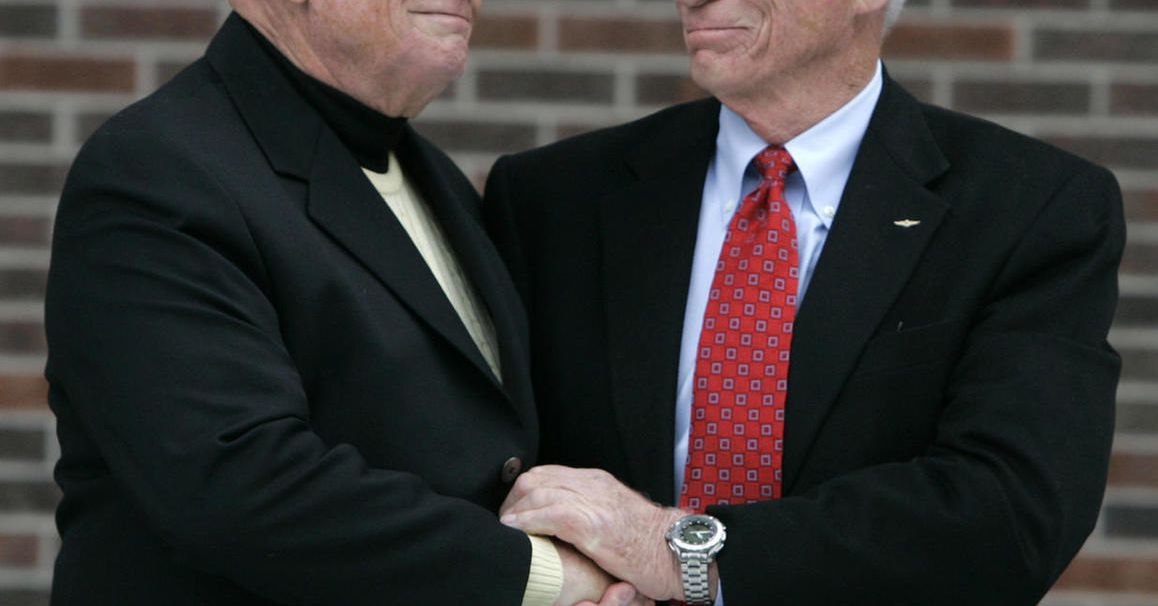 Gene Cernan, last astronaut on the moon, dies at 82

Former astronaut Gene Cernan, the last of only a dozen men to walk on the moon who returned to Earth with a message of "peace and hope for all mankind," has died. He was 82.

Its been 45 years since we walked on the moon. I remember well, sitting in my grandfather’s TV room at the age of 12. It changed my life. I grew up in a time of space travel, anything was possible…now all we dream about is world peace or how to take a selfie.

Great points about Eugene Cernan. Too bad BO didn’t realize how important NASA is and what people like Cernan and John Glenn were who knew a whole lot about American’s space program. I hope that President Elect Trump gets NASA back to what it was before BO screwed it up.

maybe the 2nd 4 years, it will take his first term just to drain the PC swamp

It was actually 47 years (47.5) to be exact, wasn’t it Fish? I had just turned 11 and we were all glued to the TV at our house. And we watched every single lift-off of the Mercury, Gemini, and Apollo programs that preceded the moonwalk. It was an amazing time to be a kid. And in my naivete, I was sure we would be beyond the moon–maybe to Mars!–by the end of the 70s or 80s.

Gene Cernan is a real American hero and a true model of a U.S. Astronaut. Too bad we had snowflakes take over NASA and the left-wing Obama Administration. They tore the manned space program apart, tearing the guts out of the U.S. space program. Obama and his lefties retired the Space Shuttle and took away the capacity for the US to fly up to the International Space Station. Now we have to pay millions of dollars to hitch rides on the Russian rockets just to get up to the International Space Station. Cernan and other U.S. Astronauts and for the fact even Soviet and Russian Cosmonauts have set the example for what it means for real gutsy men and some women to go into space. Even some of our Space Shuttle Astronauts have set an example. My all time space hero is John Glenn to flew on Friendship Seven in 1962 and then much later in his life flew on the Space Shuttle and became the elder statesman of Astronauts. Others like Jim Lovell and the other two guys on Apollo 13 are also great heroes, plus the ground engineers who put them up into space and helped bring the Apollo 13 guys back alive to earth. To me space men and women are some of my all time heroes. I truly hope that we get our act to together and get our space program back to where it was when we went to the moon. There is so much that the space program can do for the advancement of mankind.