Worst election I have observed

For those of who have been on the boards for years, you know that I have always said I was left of center. Over the years I have voted Democrat, Republican, and Independent. Each time I could justify to myself why I voted the way I did. This year I voted McMullen even though he is very far from me politically. I could at least embrace the moral values he stands for. It will be interesting how many people in Colorado vote the same way. I don’t know many who are enthusiastic for either Hillary or Trump. Most people I know were for Bernie or Cruz.

Jim and Scott,
I helped a friend move to Ventura a few weeks ago and am going to have to visit with you guys when I get back out there.

My son just went off to vote just to get this over with (Utah). I asked why vote now? He just want this out of his head and going with McMullin. Too much to do with college and work.

It is not that simple for me. We are in fact, voting for the next Supreme Court Justices. We area voting on how America interacts in the world and the future of our children. Politicians are all bought and paid for and our future is compromised. Trump may be crude, disgusting but He promises to “drain the swamp” of DC and he cares deeply about America and its future.

A vote for McMullen is a vote for Hillary. I will plug my nose and vote for Trump

I am with you Fish. We have to vote for the platform. Which party platform is for life, pro-2nd Amendment, for building up our military, and facing up to terrorists, And yes, who wants to make America great again? It’s not only about Supreme Court nominees, it is about District Appealite Court appointments. BO made 33 Appealite Court appointments and changed them from 7-1 right of center to 7-1 left wing. Wake up Utahns, don’t waste your votes.

Suggesting that a vote for Trump is a vote for a conservative Supreme Court makes two assumptions. First, it’s an assumption that Trump would actually nominate conservative judges. Mr. Trump has spent all but the last year of his public life living as a liberal democrat, endorsing liberal candidates and liberal policies. I, for one, am far from convinced that he cares about conservative beliefs. The second assumption is that the rest of the four older judges will die during the next four years. As of the moment, there is exactly one seat open. I don’t trust Trump or Hillary to put in a conservative or moderate.

A grand total of 9% of Americans voted for Clinton and Trump in the primaries. Almost the same number voted for other candidates. Fewer than 4.5% of American’s nominated Trump to represent the “conservative” political party. Why on earth does that mean that the rest of America, more than half of whom have strong dislike for both candidates, can’t vote for a third party candidate? If every voting adult would actually vote based on who they want in office, not just to prevent someone they dislike more from getting in office, there is a very good chance that neither of the major party candidates would win, because they DON’T represent the will of the people.

We tried to explain it. It’s all about the SCOTUS. Trump gave his list and they are all conservative. Enough said.

Let us know when you are out here

Will Michelle Obama will ever run for President? 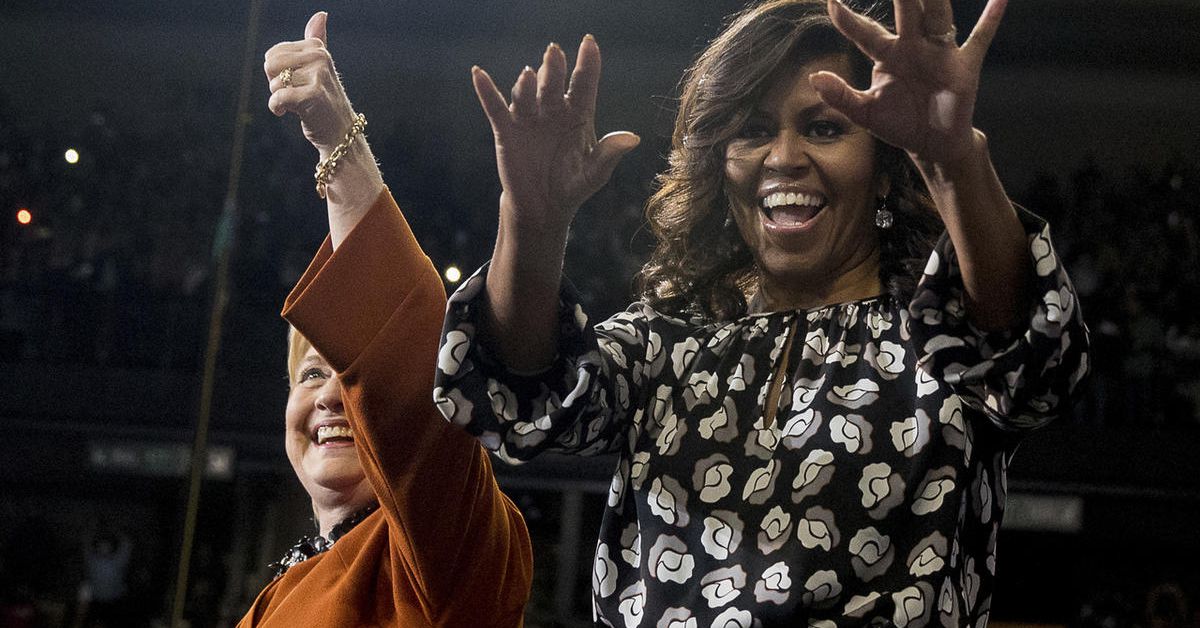 Will Michelle Obama ever run for president?

We're less than two weeks away from the presidential election. So why not fuel speculation about the 2020 race. Should Michelle Obama run?

This historic election, where Trump not only ran against Dems but also Reps and won big will change the face of both parties. It is sweeping the world. Globalism and Liberalism is being smashed by Conservatism worldwide