You say Barcello, I say dancing 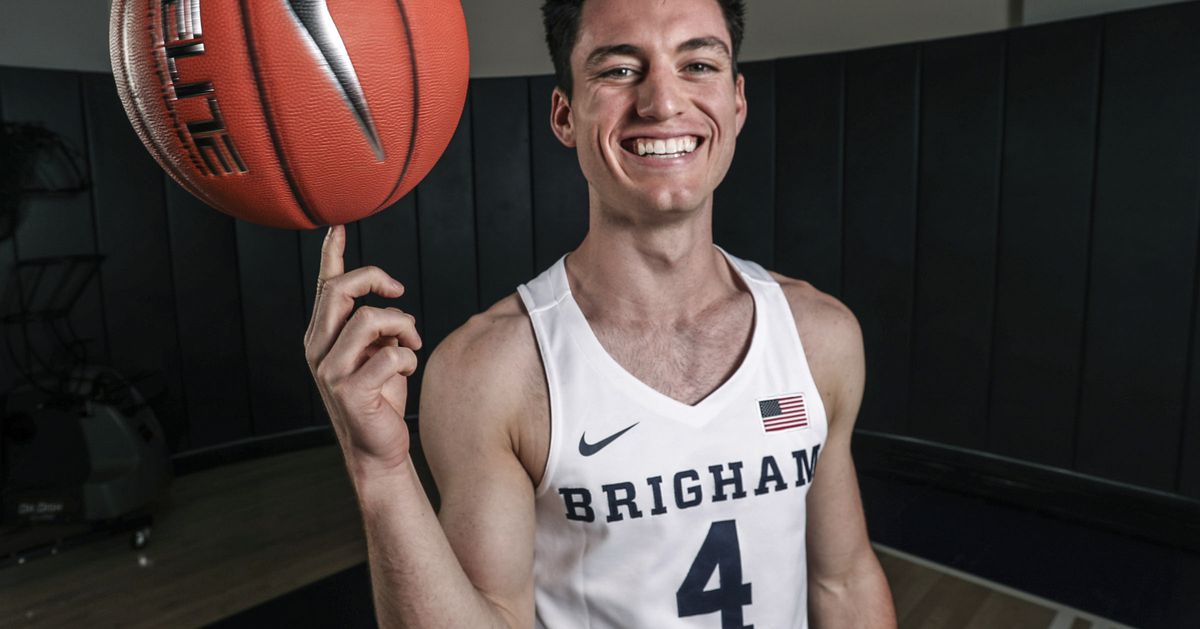 SALT LAKE CITY — A lot has gone wrong for the BYU men’s basketball team before it even plays a game under first-year head coach Mark Pope, but something that will likely be significant went right...

read til the bottom where it says he scored a whooping 2.9 points per game for Az. hahahaaha, big game changer, right?

Probably just the biggest “Get” since Yo sighed. I’ve been watchin him.

Whether or not Barcello starts alongside Haws is probably irrelevant. Both will play a whole lot of minutes and I can see a scenario where both are closing at the end of the game.

I don’t know if Haws can give up his perceived “I am the man” status to allow someone else that role once in awhile. That has been an issue his entire career and I don’t see it changing…

Now he gets his chance.

I don’t know if Haws can give up his perceived “I am the man” status to allow someone else that role once in awhile. That has been an issue his entire career and I don’t see it changing…

Yes, that was the case with Coach Rose and the LP3 experiment. Haws is the last man standing and I think he has proved himself, especially last season. Pope is in charge now. Very different vision and certainly no favorites. That Plague is long gone as well. We will see plenty of Barcello. He will POP from the very first game.

I don’t know if Barcello will be good or not for BYU.
But what I have learned watching the Jazz over the years, is that the system used can or can not help a player develop.

I can n as me four or five players who did well in Utah only to flame out on other teams. Because Sloan’s system benefitted the player.

I’ve been to 2 basketball practices so far this season and when I go, I look to get to know players that I know less about. I’ve personally worked out Haws with the NBA coach.
When I go, I have specific things I want answered in my mind such as:
1 in the past, why Dastrup could not get time on the floor
2 what was the real reason Emery retired
3 who are the new guys and how will they fit in
4 Injuries

The 1st thing I saw when I walked into the 1st practice was Barcello. He is a different level of athlete. Solid, head up, crisp, intelligent, knock knee defender, not the kind of player BYU is used to signing.

2ndly, Pope runs his practices similar to other coaches…the 1s run against the 2s. All drills are run with the starting 5 working together, then he mixes it up, matching the 1st off the bench guys with the 1s. Guys like Harding are running with the 1s 50% of the time. Knell, 50% of the time. Lee, 50% of the time, that is why we have been seeing articles written about Lee. Because of Baxter’s injury, Lee has been elevated to starter or 1st in when Nixon comes out.

Thanks for the update, I not into basketball as I am football. But it is nice to know that Pope is doing some thing different, like holding “two a days”, Hated those when I was in high school.

With 7 seniors on this year’s team, there will be little room for youngsters to get into games- unless they are really really good or the season can’t be saved, no chance for WCC title or dance and Pope is getting ready for next year.
So who are the starting 5?
https://www.espn.com/mens-college-basketball/team/roster/_/id/252
Starters:
Haws
Toolson
Seljaas
Nixon
Childs (Lee, 1st nine games)

The players were extremely excited about Barcello playing. He will get a lot more playing time. As I understand, he is a very good defensive player as well as with the offense.

When you were in high school, they were using fruit baskets to throw the ball in. And, you aren’t up to date with football either

Well, I felt that way cause I’m bored right now. And you came up

Where is Wade at this point? And, is Seljaas healthy and ready to go?

My guy, who is very close to the situation, and who knows more about BB than I could learn in 10 lifetimes, was in practice the other day; he texted me last night “I thought Alex Barcello was the best guard on the floor. Coaches are high on him.”

How about Wade. Where is he at this point?

This may help you answer your question about Wade 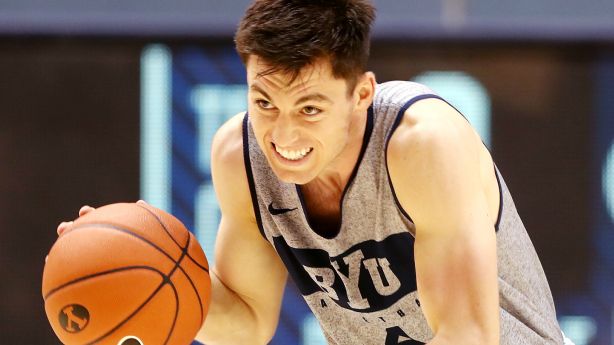 With the recent experience that BYU men’s basketball has had with the NCAA, it’s hard to blame the Cougars if they didn’t expect to receive a waiver for Alex Barcello’s immediate eligibility.

Apparently Haws is moving to the off guard so Wade and others will have more PT.

Good. He should be scoring from the 2 or 3 position more. He won’t get as tired either.

Apparently Haws is moving to the off guard so Wade and others will have more PT.

Haws and Barcello will be PG duties with Blaze (if he can get any time) Wade seems to be the odd man out with much bigger guards playing the wing, both Knell and Harding will take the minutes behind Toolson and Seljaas.

With Childs out for the 1st nine games, we need rebounders and players that can slow down a forward. Wade would get walked all over. Losing Baxter hurts the team more then anything. Hawaii is gonna be painful.

How about Barcello? reported to be a knee knocker defender, deadly shooter and team leader. Was it an over hype to say he is a big get?

My guy, who is very close to the situation, and who knows more about BB than I could learn in 10 lifetimes, was in practice the other day; he texted me last night “I thought Alex Barcello was the best guard on the floor. Coaches are high on him.”

I thought he did a pretty good job for being a newbie to the team. I think he is a big pick up for the team. Haws looked under control for the most part. Knell played some quality minutes. Toolson looked out of sorts, and out of control at times.

I liked that Pope is focusing on defense and movement of ball on offense.

Who was the “big” guy on the team that looks like he is around 40 on the team? “Man among boys” LOL

Who was the “big” guy on the team that looks like he is around 40 on the team? “Man among boys” LOL

That’s Lee…looks completely different this year, don’t you think. He has been putting in a LOT of work. Never will be able to shoot but he is a low post workhorse. Man we are soooo lean down low this year without Baxter.