A statistical breakdown of why BYU sucks

This all starts at QB. Tanner Mangum 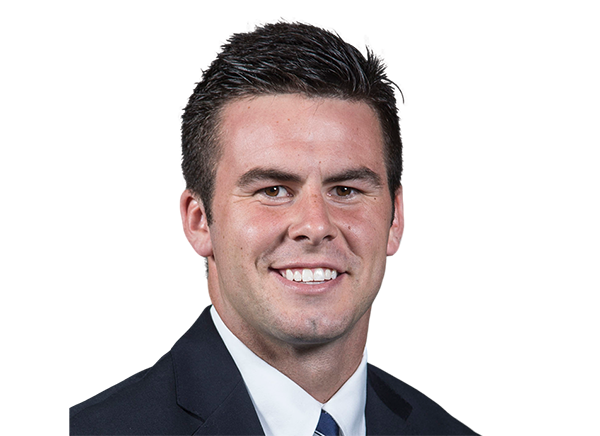 Get the latest news, stats, videos, highlights and more about quarterback Tanner Mangum on ESPN.

At receiver our top guy is a true freshman, Matt Bushman with 13 receptions, no TDs
next, Hifo with 9, 0 TDs
Pau’u and Dye have 1 TD, enough said, we have a ton of very green receivers who don’t know have to play the game yet. Our lone Sr, Trinnaman is a complete bust, speed but no hands. Hifo and Tanner both dropped balls in that last series in the Utah game, either one would have given BYU a 1st down.

At Running back, Sr Canada is a total bust, 109 yards in 3 games, Hall is injured, Burt has switched to DB. We have a total of 2 TDs from the running back position in 3 games…enter Tolutau and he carrys 6 times for 28 yds and a TD. This is our biggest disappointment of the season and the Oline is a big part of the problem. They are not opening holes.
One more thing: Detmer is not using the RB to defend the safely blitz. We fake the hand off and the RB in not there to pick up the blitz (how many sacks did Hanson get on Mangum?)

On Defense, Huntley shredded our zone defense in the middle all freakin game long. Other than that BYU played well enough to win the Utah game.
On Offense, man do we suck…Tanner has been MIA. Line is not able to create holes, Running game has been MIA, passing MIA but I think we are seeing some light from our 4 quarter production. Tanner was throwing much better, Tolutau came in a ignited the whole team with his running and Dye made a heck of a TD catch.

Wisconsin will beat BYU but we will start to move the ball. Low scoring game. BYU will do better than Vegas thinks, our D will keep us in it and our O will start to breath a little bit. Call me crazy but I think we don’t lose another game after Wisconsin. I think Tanner is coming out of his big fog, RB to me is Fonua and Tolutau moving forward with some Dye and Hall when he is healthy, I still don’t know why Burt changed positions. Receivers will not be dropping so many balls.

The line is actually blocking well. As the commentators said, it’s ip to the running backs to pick the right hole and be able to quickly change directions to hit an opening. Tolatau is the only one I’ve seen do it. Everyone else tippie toes and falls down.

It all starts with #12. He does his job and the running game gets better. The defense gets better because they aren’t on the field 66% of the game. Magnum looks slow, because he is. He doesn’t look smooth setting up to throw. Compare him to the 1st year Utah qb-no comparison. Trade Utah’s qb with ours-uh guess who wins. Yes all your points about OL, receivers, corners, rbs, are valid, but a great qb makes all those players better. I hate changing qbs right now, but LSU and Utah were blitzing us so often that Mangum was a dead duck. I wanted so bad to reach through and Insert Hoge into the game so he might be able to elude the blitz like Hill did and create something positive. Ugh-worst offense I’ve seen at BYU in a while

I have to say I didn’t realize how immobile Mangum is. I guess watching too much Hill and expecting more. Tanner is pretty freaking slow on his feet.

Blitz pickup by backs is quite horrible. Again, Williams was fantastic at that so maybe just expecting too much.

I don’t see how this week can turn things around for us. I think the D will show up, but I expect another almost zero yard rushing performance and maybe 100 passing. Surely after the Wisconsin game our team will be ranked dead last in offense in all of Division I football. We have steadily sunk from routing top 5 offense in the 80’s and 90’s to a low point bottom dweller. Sorry to say that doesn’t make for interesting football to watch and it wouldn’t surprise me to start seeing empty seats all over the place at the stadium. I mean, really, who wants to pay good money or waste away an afternoon or evening for that kind of performance.

I don’t think the OL is that terrible. Our RBs make them look bad tip toeing around or hitting the wrong hole. Except for Tolatau. He needs to start.
I agree about putting Hoge in and maybe duel QB. Have to do something different.

I wasn’t happy Hill was starting last year. Now I know why. Mangum just doesn’t have a handle on this offense. Watching the practice they had in St George last spring made me wonder about Mangum. He couldn’t move the ball at all. I don’t think he made a single completion during 11 on 11. But when Hoge was in there, the defense couldn’t stop him. I don’t know why they are keeping Mangum in there.

agreed, a whole lotta rust out there…Talked to Stewart’s father (Saved our year when Hill went down at USU) QB…he said that the worst thing we could have done was bench Mangum so that Hill could start last year. Probably at lot of truth to that statement. I see Mangum coming around, as he did in the fourth quarter. By the way, I said we would beat Boise…but I forgot about MState, we lose that one on the road.
Go cougs

We don’t seem to have a problem with players competing for playing time for RB or other positions. Why do we worry about the QB. Start Tanner. He looks bad again in the 1st Qtr, put Hoge in the 2nd Qtr. Tanner isn’t comfortable with the pro style offense. Hoge apparently is.

Will see. Hill playing had no affect for this year. Tanner just doesn’t get the offense. Hoge does.

One issue that you may not realize is that the defense plays a “bend but don’t break” defense. They do not want any big plays over the top, so they allow the 10 - 15 yard pick up between the red zones.

BYU defense has pretty much stop any big plays over the top. I think we have a really good defense, although It bugs the crap out of me watching them give up the 15 yard catches between the 20’s during the games.

Scott G. says the O-line is doing good, I am not sure what he sees, but from my point of view the issue is that the tackles are slow off the line and the DE’s are able to get around to Tanner Mangum.

I don’t think they open the holes long enough for the RB to get through.

Backs have to be willing to run hard and quick through the hole. Tolatau does.
The line gives Tanner enough time. He and the receivers just aren’t that good. Receivers run with the ball before they catch it and drop the ball.

LOL, good ole Scott… Never admits when he does not know what he is talking about…

They generally go up through the Guard gaps…

The others do better with off tackle runs or sweeps …

You also have to realize that of all the RB’s only Ula Tolutau weights 255, which makes him the strongest runner up the middle. He can lay lumber on LB’s which he did against Utah.

No the O-line is not doing their jobs, they are allowing the defense to hurry up or sack Mangum. Watch this game closer… you will see…

Tanner has had time to pass. He just isn’t very accurate. The OL if fine. Coach even says so.