Any Final 4s in BYU's future?

here’s some ammo for Jim. 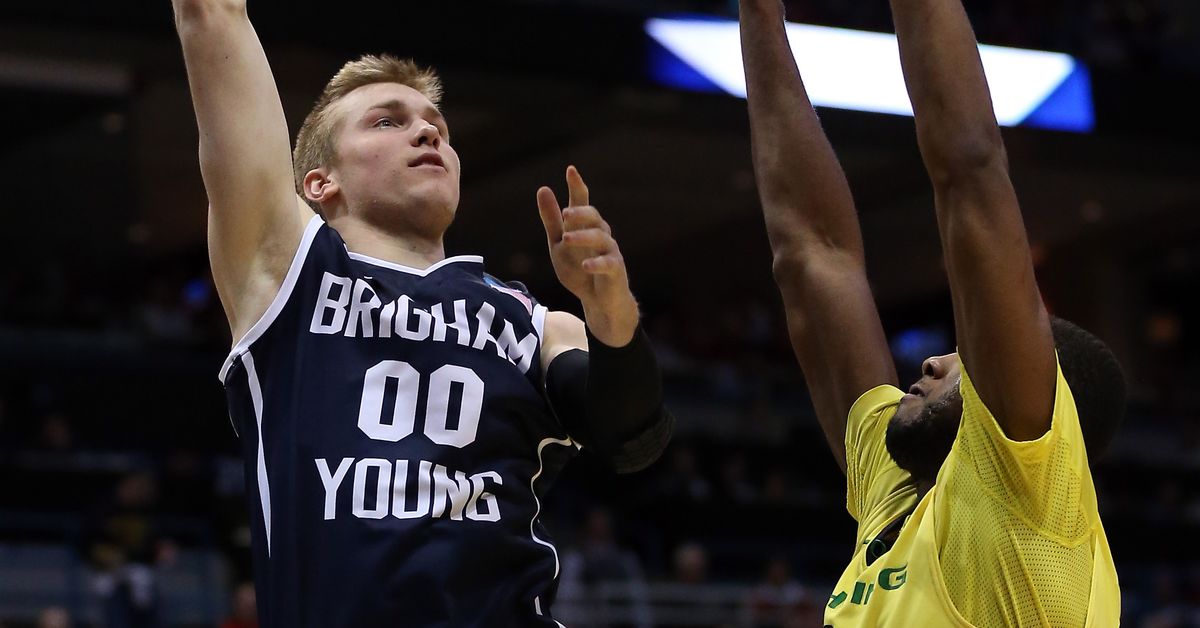 BYU basketball in the Final Four? Not so fast.

Making a Final Four is difficult. What does it take to get there?

For BYU to even be considered seriously, they will need to beat Gonzaga in the WCC, end of subject.

I read the article much differently.

BYU has beat Gonzaga almost every year in regular season. Coach Rose has easily the best record against Coach Few of any of the coaches in the conference.

The only thing BYU needs to do to make the final 4 is the same thing that every other team does.

To do that
a high seed helps
NBA caliber players help
previous successful experience in the tournament for both players and coaches help.

The best part of your response was to win 4 games in the NCAA Tournament. That’s it! That’s the ticket!

Here are some comments about seedings.

Therefore, the magic number for an NCAA seeded to obtain is 7 or higher.

so while I agreed with your general impression of the draft, I wondered how accurate the impression was…my impression is that obviously there is a kernel of truth but that Washington has as many one and done as Kentucky and that their are 12 schools represented in the 14 students…the kernel is just a kernel and not the whole truth.

2 days before football season begins and I am posting in the basketball section.

My opinion is that, much like BYU’s national championship in football, it would have been a lot easier to make a final four appearance 30 years ago than it is presently.

Sports’ has gone completely mad in today’s world… the money, the obsession, the focus and priority that our society has placed on “Sports” is out of control. There is way too much at stake for the ncaa or anyone else involved to allow a team like BYU to make it to the final four, let alone win a title.

I don’t want this next comment to be harsh or to dash the hopes of BYU fans, but I find many Cougar fans to be delusional a lot of the time about what to expect. I think it is okay to hope for the best but too often BYU fans expect it. So here it is…

BYU will NEVER make it to a final four and they won’t win a football national championship again. You heard it here first.

Every D1 school gets 13 scholarships…roughly 3 or 4 new scholarships per year. Most schools have 2 or 3 walk-ons and carry a roster of 15-16. If you have a single 1 and done every year, and then force a low-performer to transfer that could allow the school to sign 5 new players every spring. I am sure that programs like Duke count on this happening.

There were probably a lot of other underclassmen who played more than 1 year taken in the draft as well.

If a player really can make it in the NBA, why stay in college and put off making some big money until you have a degree? You can use your NBA money to get a degree. (As if that is going to happen.)