Any updates on Zack Wilson’s injury?

What is Wilson’s injury and will he be in spring ball?

Didn’t hear he was injured… where did you hear this?

He was at the basketball game with his arm in a sling. On BYU Sports Nation they said it. They interviewed Grimes but he had nothing about it. Use your journalistic magic and find out

Source? No report at my local news in Utah. You must be having nightmare which we hope hopper.

He was at the basketball game with his arm in a sling. On BYU Sports Nation they said it. They interviewed Grimes but he had nothing about it. Use your journalistic magic and find out 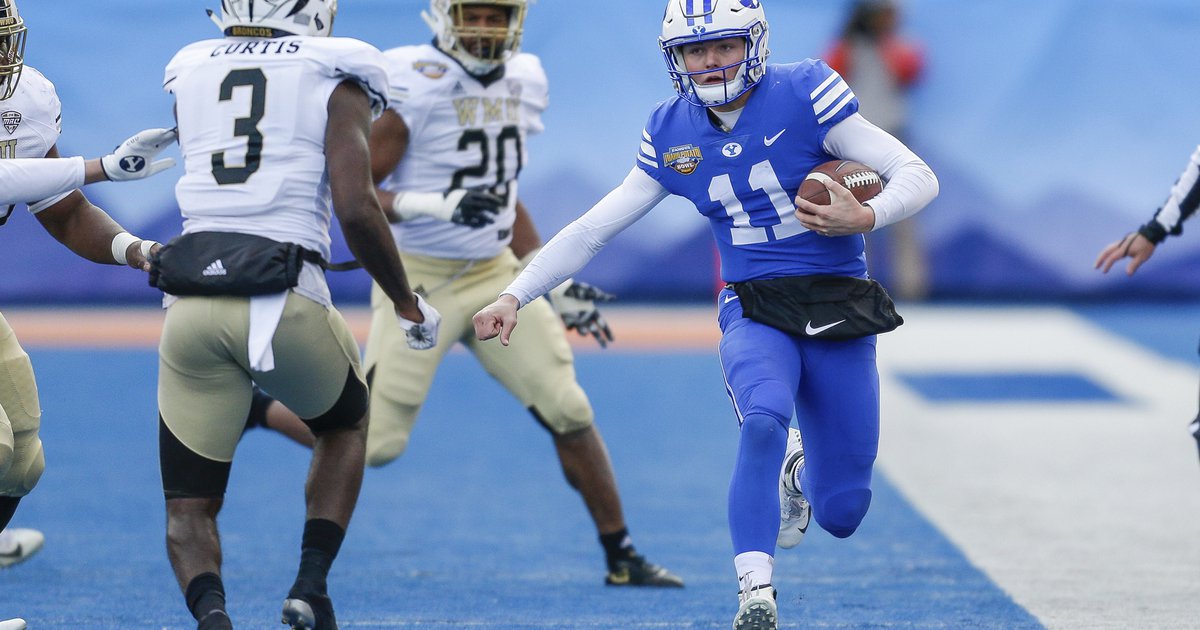 BYU quarterback Zach Wilson had shoulder surgery for an undisclosed injury, will...

Provo • BYU quarterback Zach Wilson had surgery on his throwing shoulder last month to correct a condition that has plagued him since high school and will not participate in contact drills in spring camp next month.

it was to fix a previous injury from Corner Canyon

His injury was real, the coach likes him.

It didn’t look like the injury was affecting his throwing. Hopefully, this wasn’t an unnecessary surgery that morphs into something worse.

He went to Hardnett’s surgeon, who specializes in NOT treating injuries but making it look like there was an injury.

That explains why I didn’t see it. I don’t read Salt Lake Tribune. Zac should be fine.

It didn’t look like the injury was affecting his throwing.

How would you know that? According to the Desnews article, it limited what he could on the field…

Shoulder surgery will prevent BYU quarterback Zach Wilson from passing the ball in BYU's spring football in a few weeks. But he will have a similar role during drills as Tanner Mangum did.

18 for 18 in a bowl game. Excellent touch. Zip on the ball and three deep with accuracy. On BYU Sports Nation today his dad thinks he will throw with more zip. But, will that really help him? Will he still have the touch and accuracy?

Of course, we don’t know if it was painful as well. Didn’t seem so. And, why did they wait a month and a half after the bowl game?

He was on the Sports Nation thing today… He said it has bothered him for about 2 years. He is going through recovery and will be working with John Beck in California regaining his throwing motion and stuff.

Nope. Just as long as he has the same touch on his passes. What he did in the bowl game would tell me not to change a thing. No pain no gain

It’s a good thing Sitake had the guts to put him in as a starter whether he was ready or not… and over a senior with tons of experience.

Maybe Kalani should have waited a few more games until he was “ready”.

Ummm…he was ready, Jim. That’s why he went into the game. But, notice other QB’s didn’t go in as they weren’t as ready.
Just because Wilson was ready has no bearing on whether Baxter was ready. He wasn’t. The coaches knew it and most of all, Baxter knew it too.

Well by your assertion Baxter shouldn’t have been playing many minutes… if any becasue until this last game he wasn’t ready. The coaches, Baxter himself and most importantly grasshopper all said he wasn’t ready until the LMU game. So why did he play in any games? I mean players shouldn’t be seeing the court until they are ready, right? Isn’t that how it works? You have to prove yourself in practice, you know because practices are exactly like games and you can’t know if a player is ready to start or play in any games unless you see that magical moment in time where they prove themselves ready in practice.

Ummm…he was ready, Jim. That’s why he went into the game. But, notice other QB’s didn’t go in as they weren’t as ready.

He had the most talent, skill and potential. That is why he went into the game. Why don’t you take a moment and think back to many of the other great quarterbacks at BYU and try to remember what their first or second or third games or even more, were like. They probably weren’t that great. They probably threw a lot of interceptions and made a lot of other mistakes.

But they played anyway and they stuck with them, gave them the experience in game situations that they needed to get up to speed faster. You don’t hold back on talent and skill because you don’t think they are “ready”. It may sound like we are mincing words here but you are the one who has been obsessive about the term.

I don’t buy it, regardless of whatever interpretation you have made about what coaches, players, etc. have said. BYU is headed to another NIT or worse bid and it is because they are taking too long to get the right players the experience they need and wasting their time with players who have little or no skill or potential to make the team better.

That is the bottom line.

No, he went in because he knew the plays better than the others. Along with his better talent, that’s why he went in. If you don’t know the plays it doesn’t matter about your talent.