Love it or hate it, we’re getting a new OC.

Setting aside all the emotions flying around, who are the best options and who should be brought in for which positions?

My assessment is BYU will bring in either a D1/P5 position coach looking to ‘move up’ in title even if it’s not money, or they bring in HC/OC from the lower ranks.

I know some wish we’d throw money around to get a bigger name, but I want to keep this realistic. So I don’t see us bringing in an NFL guy or on the other end of the spectrum, I doubt we go after a high school coach because of the PR nightmare.

Also I would like to focus on specific aspects of how these coaches think and what are their philosophies and how do they execute them?

I don’t have a favorite yet, but I ran across this video from Bob Stitt which got me thinking about this topic.

I like some of what he said, but I reserve making an opinion about him yet. I’ll start looking around for what other options think and do.

No indication if he’s a system or player coach yet.

Tape shows boiler plate spread (read option/GFGH) with what looks like normal packaged plays and mostly short throws and go routes. Can’t say for sure but looks like he focuses on the passing game when he can Nothing particularly exciting. Seems like he understands Xs and Os but his team struggles to execute evenly and that concerns me. Seems like a nice guy… Not sure if I mean that positively or not.

The guy is 53 years old and was just fired from Montana for failing to make the playoffs and spent his entire career at the lower levels. Including 14 years at Colorado mines. I was confused on what generated the interest in him for this position until I checked his Wikipedia page. Apparently Dana Holgerson credited him with designing the fly sweep play they used to embarrass clemson in the 2012 orange bowl. He has some interesting ideas but looks like he’s missing what it takes.

4:30 mark for him talking through a play

This is Montanas game against washington, so decent competition, and they got lit up. That being said, this game was this year and you can absolutely tell Stitt reshaped his offense to less of a read option and more hybrid Air raid is the best I can describe it. Additionally, while they still made a lot of execution errors, I’m willing to say he signficantly improved his offensive system and trained his players. So he may not be a complete system coach. His defense was horrible but that’s not the OC’s job. I still wonder about the stuff outside of the Xs and Os with him…does seem like a decent play caller but I haven’t watched enough. Also, Stitt might be a guy we could keep long term.

nice bit of research the Mr Claus. I have been digging into Perterson from Snow College. Another guy to keep your eye on.

Lot of hype about him too.

These guys are making the argument for Paul because he’s experienced, innovative, and provides a pipeline to potential
JC recruits. 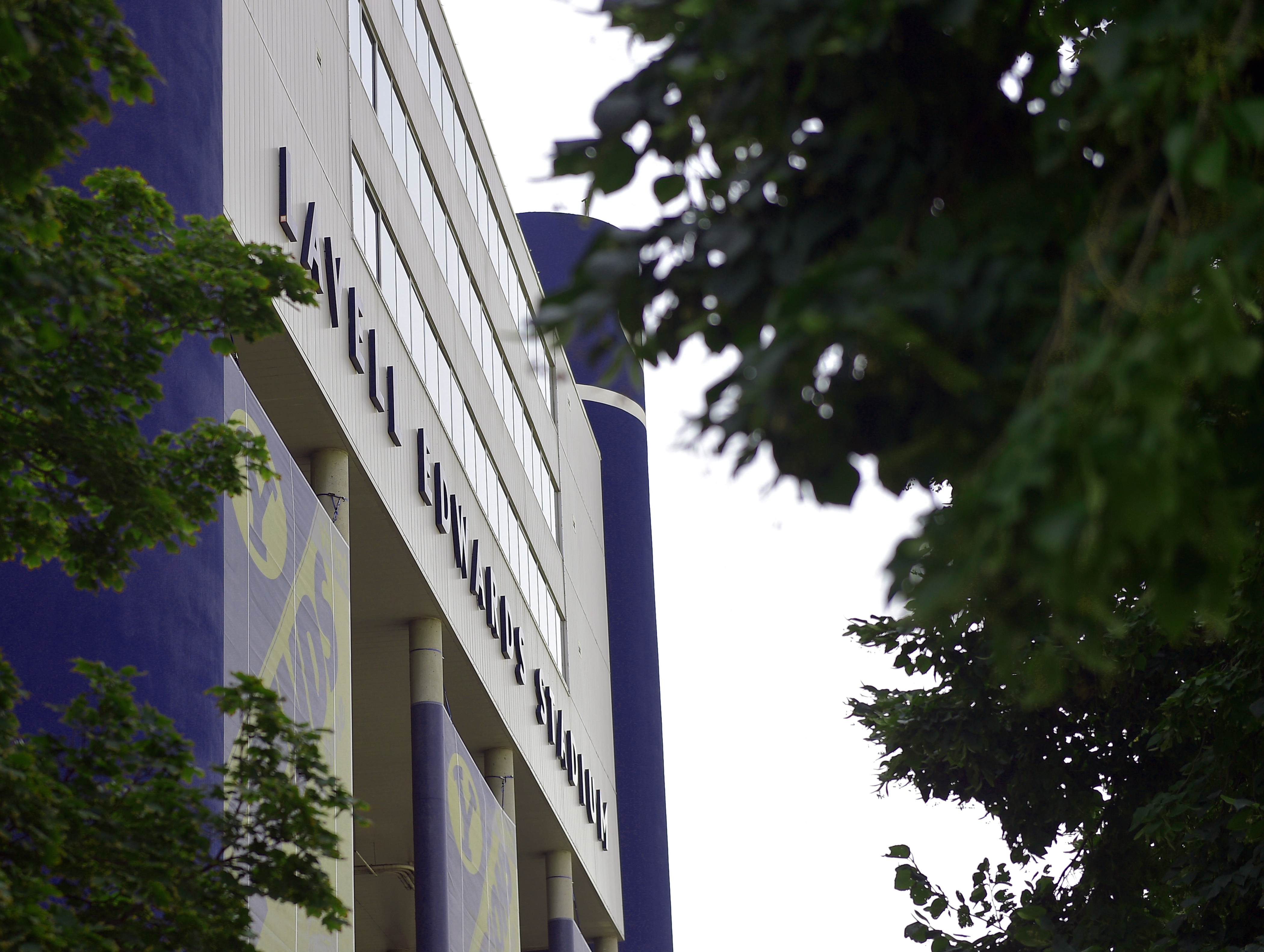 BYU football: Three reasons why Paul Peterson should be the new OC

BYU football is searching for a new offensive coordinator. While the Cougars have tons of options available, the top guy should be Paul Peterson. Though th...

I checked and he’s been the HC at snow for a year (Jan). They averaged ~50 ppg, a ~15 point bump from last year, but it should be noted the JC game is totally different and any system he uses there is not really applicable at least in the way he uses it. That does show some effectiveness. Also, he was the OC at a jc in sacramento but didn’t put up great numbers. So some experience yes, but not a lot and it wasn’t amazing. Not really seeing ‘innovative’ either. I guess some of his stuff is new mashups but it’s pretty recognizable. As to the pipeline…I don’t know how much I care about that temporary benefit. Maybe there’s some one there right now who is a phenom?

None of his plays (this is one of the easier to follow games) or play calling seem particularly outstanding. It looks like he’s found a way to win for this team quickly. That problem solving is relevant but how he did it is basically irrelevant. Honestly, it looks like high school…

His system, for what it’s worth, is an up tempo spread that’s probably one of the fastest at their level. Nothing flashy, other than it works for his team. Uses a variety of backfield actions, formations, and concepts. Read option here and there, especially of the RPO variety. Hard to say anything about this guy without knowing more about his philosophy from his own mouth. These guys make me nervous because transfering from JC to D1 is tough especially if you think your stuff is the best thing ever…so who knows. 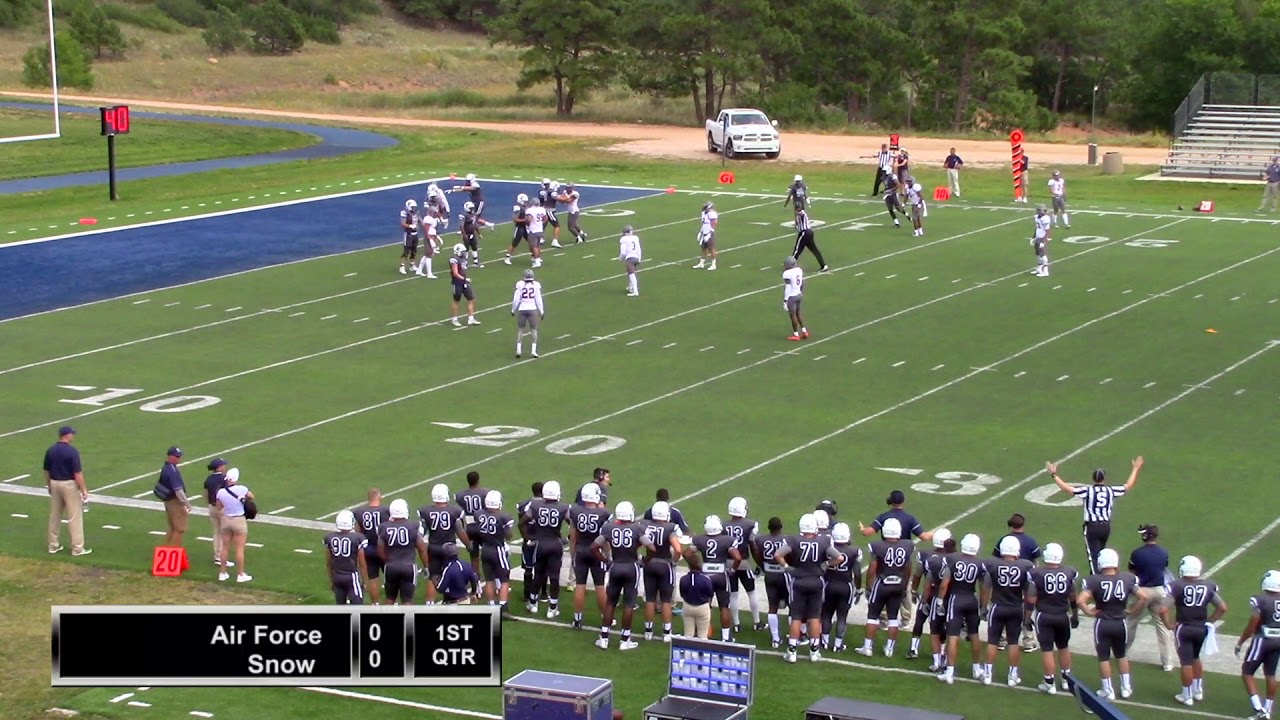 I’d love to track down some footage of him talking at a clinic or something along those lines.

Jay is the Weber state HC, while Fesi is the OC. Jay might be a long shot as he’s well respected and could have other offers. Fesi is problematic as he’s Kalani’s cousin, and if you thought CB was insane lately, if Fesi is named OC they would explode.

Jay was STC and coached several different positions from RB, TE, CB while he was at utah over 12 years. Over the last 4 years, his teams have gone 2-10, 6-5, 7-5, 10-2. Given his time at Utah, it makes sense that a lot of his stuff looks like a lot of their stuff. Without knowing exactly how they call plays and organize things, it’s hard to describe the theory of the system and how they think. Not a ton of game film is posted either.

Fesi was WR coach and passing game coordinator at SUU before going to Weber with Jay.

No idea if either can be described as a player/system coach. Jay has a masters in sports psychology for what it’s worth. Given Jay and Fesi run things somewhat similar to what BYU was trying to do and what Utah has done successfully in the past, there’s a good chance Kalani views them favorably. Also, he coached with Jay at Utah.

This is the offensive cut-up from the Weber Cal game. without knowing a ton about the individual make up of Weber state, I can only cautiously say I like the play calling. The execution is pretty good other than the blockers are clearly over-matched in pass blocking but the run blocking is decent and some good technique.

They go from double TE play action pass from under center I formation to speed options with the QB. Granted, Cal isn’t a great team, but they are a clear step above Weber in recruiting. Honestly, Weber might have won this game if not for 2 bizzare fumbles and a PI no call. Also, these guys might have a few players I’d be interested in stealing…

This was a fun watch. Trick play around the 11:30 mark for the touch down is a cool design.

This next one shows is a short highlight and shows some good play calling, particularly on 3 sequential 2 point conversion plays that was good manipulation.

My friend, who is the AD at our high school, is a UM alum and former 10 year starter in the NFL and coached at Montana a few years ago. He left a year or so before Stitt showed up, and doesn’t know him personally, but told me that he and Grizzly Nation were not overly impressed. For whatever it’s worth, but I expected a strong endorsement and instead got a big “ho hum” from the only guy I know who would be real close to that program.

He got a lot of hype, but I wasn’t impressed with how he ran things or his offense in general. But he does have some interesting play designs. But that’s the last reason to hire a coach…

The other guys I haven’t look at yet are ARod, for obvious reasons of not being able to separate what he does from what KWhitt wanted, and a couple D1 position coaches.

It’s tricky because so much of what matters are the things that come out at coaching clinics about how they think. That reveals a lot about potential problems like if they lack the technical expertise to operate at a higher level of football or if they are bad at the logisitics of coaching.