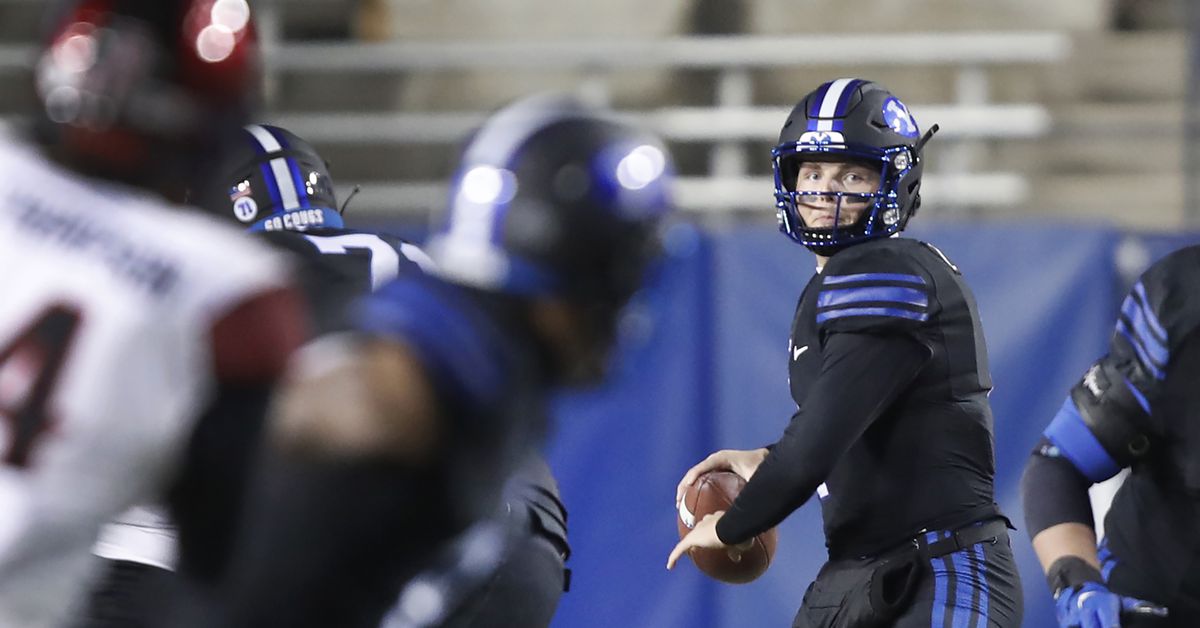 The Cougars will play UCF of the Athletic American Conference in the Boca Raton Bowl on Dec. 22, with a 5 p.m. MST kickoff.

According to the D-News its CFU in the bowl game on 12/22/2020. That gives the team plenty of rest and plenty of prep time. CFU was real good in the games I saw and playing in Florida probably gives them somewhat of a home field advantage. I think the game will be a challenge and if BYU can win it they might have an outside shot at finishing in the top ten. Of course the date the game is played obviously rules out another game this year but I think that was a foregone conclusion anyway.

CFU really throws the ball well and the game could be a shoot out like the Memphis Beach brawl a few years ago. The one common opponent is Houston and both teams beat them decisively although CFU’s margin of victory was more. They beat Houston 44-21 and BYU beat them 43-26. Looking at CFU’s record you will note that they give up a lot of points but score a ton. They give up 31 points per game but against better competition than BYU played.

Too bad about the loss to CC that cost BYU a NY6 game but I think the game they got was the best of the available matchups since most of the Bowl games are under contract to conferences.

I hope Romney and Allgeier are available. Anybody know why they didn’t play Saturday? According to the announcers Allgeier not playing was a surprise to them. That worries me a little since nothing has been said or written. I didn’t hear anything on the BYU postgame TV show either although I didn’t watch all of it. I hadn’t heard that he was injured.

There is some talk that because of COVID19 there’s a chance of BYU playing 2 bowl games. One of the Jan. 1st non-new year 6 bowls.

I hope Romney and Allgeier are available. Anybody know why they didn’t play Saturday?

Romney had concussion symptoms from the hard bounce in the CC game. (high catch and landed on his back, did not return). Algeier was fighting illness, that is all they said.

We should be healthy for the UCF game. We will need Algeier
Zach Wilson utilizes different weapons, defense rises to lead BYU past SDSU - Deseret News

We will need Romney as well. Hope he’s well. This is why we didn’t score 42 against SD.

Glad to hear it was just illness for Algeier. The announcers may have said that but I forgot. I always worry when a player doesn’t suit up and there is no mention as to why. I always wonder about honor code issues. I know BYU tries to keep those issues confidential these days (rightfully so). If he has COVID his quarantine should be over by the 22nd.

I thought Katoa had his best game of the year and he is a great backup but I would rather have them both. Algeier is as good as any BYU back ever with the exception of Jamal Williams and Luke Staley and if he sticks around he will probably end up on a par with them.

Hopefully Romney will clear the concussion protocols for the bowl game.

Hopefully Romney will clear the concussion protocols for the bowl game.

Did Romney have a concussion last season? my recollection is that this is his 2nd bout.

I’m pretty sure when Romney was out last year it was for a hamstring and not a concussion???

yes, the hammy.
Excited to see a barnburner of a game with UCF.
Who are the UCF Knights? Meet BYU’s opponent for the Boca Raton Bowl - Deseret News

There is some talk that because of COVID19 there’s a chance of BYU playing 2 bowl games. One of the Jan. 1st non-new year 6 bowls.

I actually think it would be a great idea if the winner of the game (BYU or UCF) got to play in a January1 game. It creates additional national interest for the Boca Raton Bowl.