Breaking down the BYU win over Oregon and what it means

To go up to Portland and smack Oregon hard in front of their home crowd on National TV:

1 Granted, neutral court, brilliant! that BYU got them away from their home gym, negates Portland’s ridiculous forest ( I liken it to BSU’s smurt turf when they go all blue)…OU’s sizziling hot 3s were more of a fizzling dud. It’s not like they missed them, more like BYU locked down on D and they could’nt get an open look.
"BYU is the first unranked team with a 30-point win away from home — road or neutral site — over a top-15 opponent since Nov. 29, 1993, according to ESPN Stats & Info.

The 32-point margin of victory was BYU’s largest ever over a ranked team.

Williams was the lone player in double figures for the Ducks, who came into the game with five players averaging 10 or more points. It was Oregon’s biggest loss ever as a ranked team, and only the third loss of 30 or more points under coach Dana Altman." ESPN

2 Barcello shot a near perfect 25 points in from of many NBA scouts there to watch Oregon’s talent, no double…what this means, Although Barcello is undersized, he will rocket up the Naismith watch and be a solid NBA pick.

3 This win sets up BYU’s season in the same fashion of BYU’s blowout of Navy in football. National game, Check. Wilson becomes the 2nd pick, Barcello comes back for one last year, Check…sure feels that way.

4 So how did we do it? Getting our knees knocked off by Clev and SDSU made Oregon’s press seem tame. They only time BYU turned the ball over was when Lucas got impatient.

5 have been saying it all along…BYU has such great talent everywhere that it feels like we should be playing the NBA game and that is exactly what Pope is doing. Few teams out there have 5 good players, high pic with Lohner or George, lob for a dunk, or…Lucas/Barcello drive hard and when their D has to help or it is layup city, a kick out for an open 3…Repeat. I acutially believe that BYU can beat Gonzaga today. but it’s early and I may be barfing in my breakfast.

6 George is Jeky.l/Hyde with 2 bonehead passes then he just murders them with timely blocks, flying dunks and smooth shooting, it is what it is.

7 And then comes his replacement, Seneca Knight. I was totally wrong about this kid. early on, I thought he was over rated, duh…The last 2 games, Knight was been everywhere, tearing it up on D and 6 rebounds, several he just zipped in there and came out of the scrum with the ball. And I really think he will be our 3rd best scorer but WOW!

8 Baxter/Foos. There guys are making teams look before they shoot. Bax goes 7pts, 6 rebs, 2 blocks in 16 minutes…Foos goes 10 pts, 6 rebs and 2 blocks (feels more like 10) in 20 minutes. These dudes are ball hawks and the center is back at BYU baby.

9 Johnson is sooooo cool and confident out there, hits the NBA 3 then the no look to pass to Foos was ESPN stuff. Makes Knell’s disappearing act easy to swallow, and I do think Knell will shine but when you have athletes line George and Knight, it is hard to get minutes if you are a 3 point specialist.

10 Lucas tied Barcello for 30 minutes played…12 points and 2-3 from long range along with 3 assists. Could be best combo out there right now.

11 BYU’s outside shooting! I said we needed 30% to have a chance, we hit 40%, granted Barcello had 4-6 but seeing Lucas and Johnson both hit 2-4 was big. Both Lohner and Knell will settle in and hit their averages eventually, finger’s crossed

12 Now it might be that Oregon was grossly overrated or just unprepared but BYU is going to rocket up the rankings. Buckle up. BYU is for real. Lucas, Knight and Foos are only going to get better.

So much good to say about the way this team has started.

Part of Pope’s plan is to be the most aggressive team in the country in the transfer portal, but then to schedule tough opponents early to figure out how to weave the new guys in with the returning players against legitimate resistance.

Nobody dreamed that Lucas, Foos and Knight would fit in so well. Lucas and Knight are Sr’s so that was not a stretch but Foos? May be our best pick up.

Anyway, We can use the next game to get these guys rested before our Utah matchup and maybe get Lohner and Knell 3 point practice…we really need them to have confidence in thie long shots to win some of the tough games…BTW, How cool was it to see Johnson hit that NBA 3? and to see him with his younger brother on the court together…I had hoped the younger Johnson would transfer to BYU after the Mish.

Speaking of highly recruited bigs, remember that Gavin Baxter was a 4 star with lots of big-time offers. Last night he showed glimpses of why he was such a big “get” for BYU. Pope is stretching him out little by little and if he can stay healthy I can’t wait to see more of him and Fouss on the floor together instead of just subbing for each other.

So happy for Bax. To be injury free and play like he has, he must feel like he is flying. Doubt that they would play much together. their game is so similar.but then Foos plays better far from the basket on high pics, so it could work and I hear he can hit a 3. I know Bax can

Baxter isn’t a back to the basket player. Fous is. I can see them 4 and 5 at the same time.

I had hoped the younger Johnson would transfer to BYU after the Mish.

I imagine the conversation during the game last night went something like this:
Johnson’s mom to Johnson’s dad: “See honey, I TOLD YOU SO!”

Well it is happening. Byu goes from unranked to number 14 overnight

Who? AP hasn’t been updated to week 3 until next week.

I noticed Sagarin has BYU at 11 and as the only team that has beaten 2 “Top 50” teams. I’m disappointed in myself that I didn’t drive the 10 miles to the Moda Center and watch the game live. What was I thinking???

IDK, maybe everyone thought that BYU was going to be runover up there. Pre season polls, and the fact that Oregon had almost everyone back from last year had me. I also think that we may be getting ahead of ourselves.
Analyzing BYU’s Remaining Non-Conference Schedule After Oregon Win (msn.com)

AP hasn’t come out and we are still #29. See what happens by next weeks AP ranking.

John: I also decided to watch this one from home. From Salem would have had to brave Portland rush hour traffic and be rewarded by wearing a mask for nearly 3 hours. No thanks and no thanks. This was a great one to watch on TV, especially with a really good broadcast crew assigned to this game.

Sean and Archie Miller talk about BYU, AB and what the Oregon Victory means… 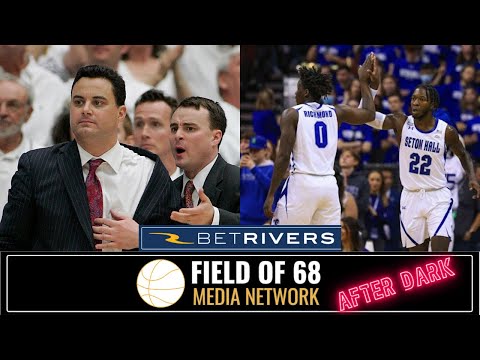 Goodman ealier commented on the SDSU victory. He ranks BYU so high based on current resume, not the polls that are taking last year into account.