I find it interesting that no local media has released this yet!

Great article, Floyd. Not any real surprises, but nice to see it all organized with a few footnotes that were very helpful. Nice to have the roster before the game. GO COUGARS!

BYU should be real good with a ton of guys having played in the Covid year. When was the last time we had 2 QBs that played at a partial season and won games? I hear the separation from Hall and the rest was substantial. He has been working out with John Beck.
BYU quarterback Jaren Hall pulled a play from Zach Wilson’s book. Will it pay off? (sltrib.com)

They all put in the work
Wow…I’m so impressed with Zach (cougarboard.com)
So, There is little doubt that BYU is solid at QB. I even watched some of the kid that transferred from BSU.
Boise State QB Transfer Cade Fennegan Commits to BYU - Vanquish The Foe
Cade has wheels as well as an arm. BYU is in great shape at QB

2- BYU has veteran talent at RB. possibly NFL talent with Allgerier. forgot to mention Miles Davis, who may end up at slot receiver.
BYU running back Miles Davis is turning heads this fall (sltrib.com)
3- Receivers are possible the best we have ever had.

4 DBs are said to be solid.

If our lines are solid, BYU is going to win a lot of games.

There has been a lot written about just how good our D ends will be. Hunter Greer was on track to back up Batty. He tore his labrum, but has been cleared to practice with the team this week. He was on track to Push Batty so if he can stay healthy, he will see plenty of play.

2- BYU has veteran talent at RB. possibly NFL talent with Allgerier. forgot to mention Miles Davis, who may end up at slot receiver.
BYU running back Miles Davis is turning heads this fall (sltrib.com)

He is not on the depth chart, rumor is that he had a serious injury that no one is talking about.

BYU releases depth chart for opener against Arizona. Here are the biggest surprises

How progressives are preparing for battle over Dems’ $3.5T megabill

Contrary to some of those internet rumors that always seem to be prevalent this time of year, BYU football coach Kalani Sitake expects to have a healthy, academically eligible team Saturday when the Cougars face Arizona in Las Vegas.

Sitake released BYU’s depth chart for game week on Monday in conjunction with his weekly press briefing (via Zoom) and said, succinctly, “Everybody on that depth chart is cleared and ready to play. … Everybody is expected to participate and contribute in the game.” 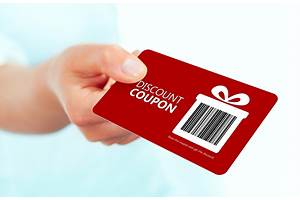 Yes, receiver Puka Nacua, the transfer from Washington who has been rumored to be battling a lower leg injury, is on the depth chart, right there with his brother, Utah transfer Samson Nacua.

“We feel good about the guys that are going to play. I just like that the guys have all improved. I give all these guys a chance to make plays and earn a starting spot.” — BYU coach Kalani Sitake after releasing the depth chart for the opener vs. Arizona

“Yup,” Sitake said, when asked if he expects Puka Nacua to be ready to go on Saturday at 8:30 p.m. MDT at Allegiant Stadium. The game will be televised by ESPN.

Although expected RB3 Miles Davis of Las Vegas is not on the depth chart (BYU listed only one RB spot, with stars Tyler Allgeier and Lopini Katoa listed as co-starters) and rumored to be out with a fairly serious injury, Sitake reiterated that receiver Brayden Cosper is the only player who sustained a season-ending injury in camp.

“We have been pretty fortunate with only one setback as far as a season-ending injury, this fall camp,” Sitake said. “We have had guys get banged up because we run a physical program with a lot of 11-on-11 football. So we are going to have guys banged up.”

Allgeier, defensive lineman Uriah “Lopa” Leiataua and receiver Gunner Romney also spoke to reporters Monday, and Allgeier elected to “pass” on a question regarding Davis, who was the star of BYU’s first scrimmage of camp but apparently got injured shortly thereafter.

Allgeier said freshman Jackson “Cheese” McChesney and sophomore Hinckley Ropati are competing to be RB3 right now. Both were injured for all or most of the 2020 season.