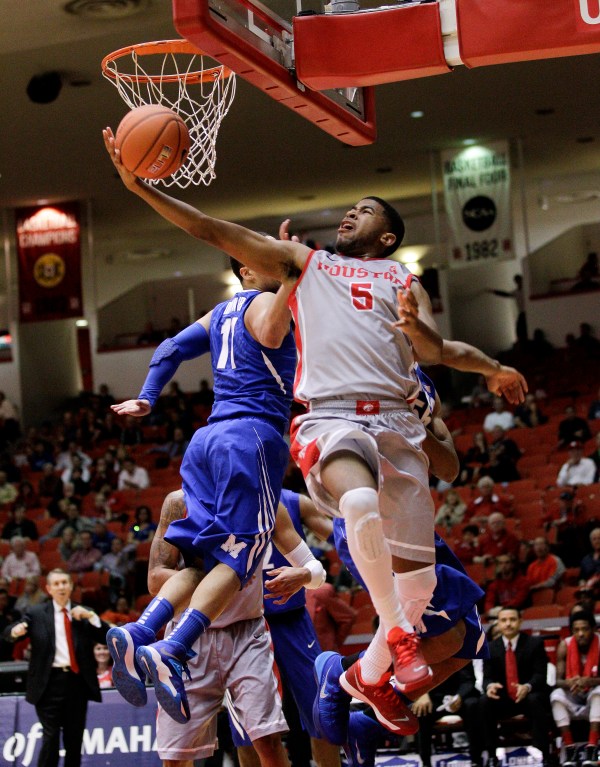 BYU bolstered its suddenly thin backcourt Wednesday night. The Cougars received a commitment from Houston graduate transfer L.J. Rose, according to reports. Rose averaged 9.8 points and 5.3 rebounds per game as a junior in 2014-15 before a foot...

Amazing that Coach Rose could get a former ESPN 100 athlete to sign this late in the game. BYU just got a whole lot more experience.

I was going to ask–is this a net upgrade for the team? To lose Chatman, but gain L.J. Rose? As much as I liked Chatman, on paper, I’m thinking this could bode very well!

If Rose can stay healthy. I hope it’s not another Aytes situation.

agreed, he has had foot problems for the past 2 years but the kid is a player.

Do the transfer rules require that he sit out this season–or will he be allowed to play immediately?

He is a grad student so he can play immediately.

LJ’s foot problems kept him out of all but 2 games last year. This smells like another Aytes situation.

I’ll make sure to check LJ out, if he’s there, in two weeks when I’m coaching at BYU’s Basketball Camp.

Ahhh… more fuel to throw onto the hype bonfire. Just because he is on the team doesn’t mean he will play all that much. Interesting that the name Aytes is brought up as well. I remember quite a few posters talking about what a beast Aytes was and how he was going to dominate the inside, how he was a physical specimen, etc. yet even when he was healthy, there just wasn’t that much there. I will give Aytes some credit, as I do any player on last years’ team not named Fischer, Emery or Collinsworth, for being stuck in a situation where even when he was on the floor, he didn’t touch the ball that much.

The best opportunity and hope for this years’ team will be if they can learn how to play as a team again. With only one of the three musketeers back, it is possible.

Aytes does pass the eye test for a solid D-1 player. Unfortunately, that’s about all he can put on his resume at this point. Maybe if he can gain a bit of confidence, he can still salvage his college career but its looking doubtful at this point. I hope Rose can fare better than Aytes but I won’t get my hopes up too high.

All he has to do is fill the spot Chatman would have filled. If he is healthy he should do so. He was a starter at a decent program and averaged nearly 10 points per game. Sounds like a good pickup to me. Health seems to be the only issue and not ability. He has proven he can play. If he can stay healthy enough to be a depth player on the guard line he will be worth scholarship.

Aytes, a physical beast with no low post moves. Seems to me that Rose did not look at any film on this guy before he offered.

Rose is a whole different player with plenty of game film so hopefully Rose will know exactly what his game is.