Talk about a turn around… 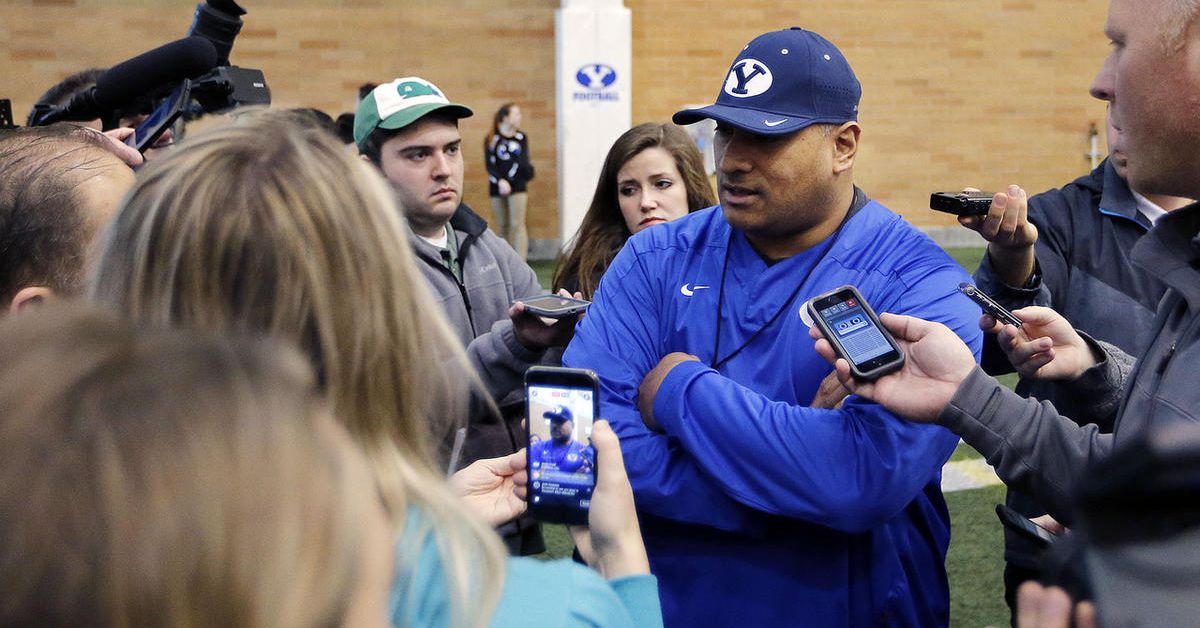 We go from a core of coaches who a Zero experience to this core. Grimms, who is the OC seems to be the only guy to have not been a previous OC, pretty funny when you think about it. But I love that he was a linemen coach before he got this job. Its in the trenches that you win and lose games and Gimmy has the cred.

Roderick, has 10 years as a coach, 7 as a coordinator from Utah. He will have to get used to BYU as a pass happy school vs. Utah as a running school but his roots are as a receiver from BYU so he knows…he knows.

Fesi Sitake is a proven OC from Weber where they won 11 games last year, and the Big Sky.

A lot of coaching experiense here. now if we could just get Tolatau back. Go Cougs.

I thought you might have some nonsense answers about every thing. .

Coach Sitake and Grimes are not saying. 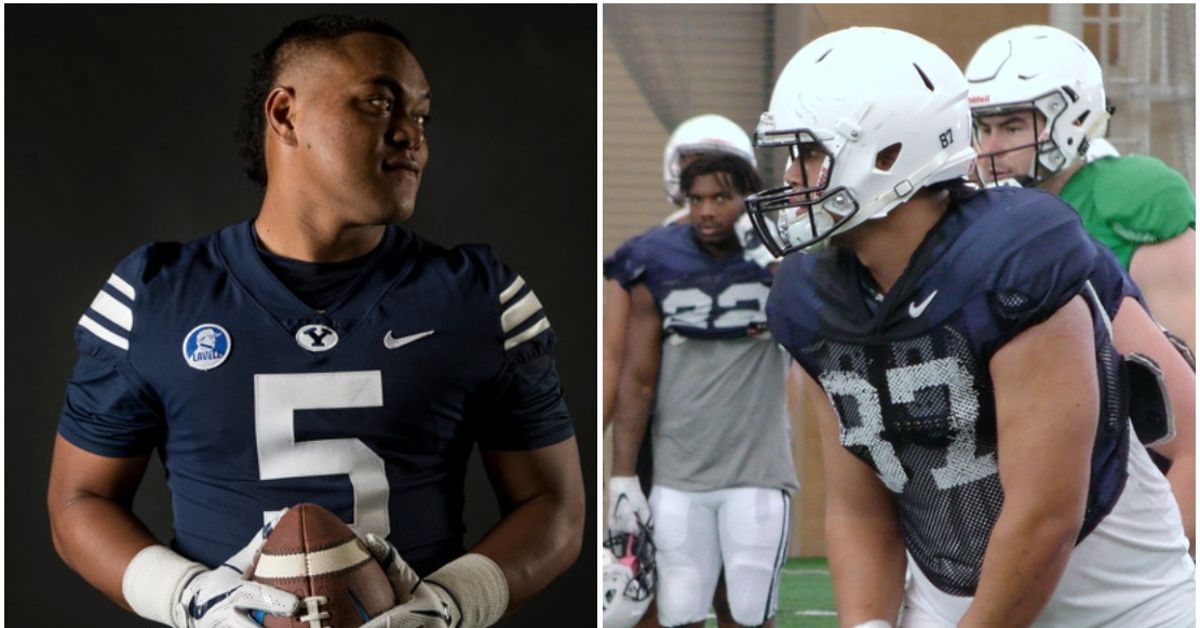 At Friday's media day event, the Cougars provided a depth chart and roster, which did not list two notable players.

They must still be on their trips

he is dealing with getting busting for marijuana possession. From what I hear, his excuse is that he suffers from high anxiety and the weed helps him cope, which I could believe. There are a lot of people who use medical marijuana as a way to cope with anxiety issues.

But who really knows these days?

So does a glass of wine or even a regular cigarette. So does other things but none of any illegal use in Utah. Even if he went elsewhere the Church does not support any use of marijuana. Medical doctors can help him. The Prophet is a medical doctor. So is the Godhead.

One thing, “Medical Marijuana” use and “Recreational” marijuana use is two different things, having watched my dad go through his battle with cancer and the pain it caused him, I FULLY SUPPORT Medical marijuana (AS dispensed by a medically trained doctor) use in this state.

Sorry to bust your little medical belief, but in MY OPINION, Medical Doctors are one of the main reasons we have an opioid epidemic in this state and country. “Have a problem, POP a Pill”.

The Brethren support medicines prescribed by licensed medical doctors. What patience do with the drugs is up to them. I’ve had several surgeries and injuries where I was prescribed strong pain medications. I’ve never come close to being hooked on any of them. I rarely have finished the prescribed amounts.
My father also went through Chemo a couple of times. It wasn’t easy for him but he never asked for drugs. That was back in 1979 and 1983. He took what was prescribed. The problem with medical marijuana is it’s really just opening up a can of worms. Now, it’s legal to use it recreationally in many states. The Democrats at it again trying to attack the Church and destroy our spirits.

You do realize that Medical Marijuana is not the same as weed, Right?

It comes in pils, liquid as well as dried… The difference is the THC has been removed.
Second, The church has acknowledged that too many members of the church pops pills to fix medical issues… In the last little while there has been some discussion on the abuse of opioids. To say “what the members do with it is up to them” is absolutely stupid.This comments really shows how little empathy you have for your fellow man.

by the way, the CHURCH DOES SUPPORT Medical Marijuana, they backed the bill that just past the legislature to allow terminally ill patients the right to use it to ease their pain. They also supported the bill that let people who suffer from epilepsy.

I know you like to throw grenades to illicit reaction, but this is a serious issue. Many people could be help ease chronic pain, help deal with issues medical science is unable to deal with. The Church does not support recreational use, but they absolutely do support medical marijuana research and controlled by qualified people.

Do some research and come out that holier than thou cave you live in.