Christian PoPoola Jr. is a 6’4” 185 lb. point guard prospect for BYU basketball’s Class of 2017. PoPoola started his prep career at Bishop Gorman (NV), where he played as a freshman and helped the Gaels to a Division 1 state championship. He then...

BYU is in the driver’s seat for 2017 combo guard Christian Popoola.

another lone peak pickup… not even a top 100…so tough to get too excited about it. But he definitely looks better than some of the more recent three star recruits like toolson for example…or for that matter liefson or beo…

I expected this from Jim, not you Harold. Pop plays for Bishop Gormon in Vegas, a farm school for elite ball players. UNLV and Az sign multiple players out of BG every year.

When I say, Oh No, another Lone Peak player, I say it completely out of jest. Rose nor BYU have never seen the quality of players signed these past 4 years and it can all be traced back to Emery, Mica and TJ. They are the reason Dahstrup changed his commitment from OSU, Why Childs and Baxter signed. All of these kids could play for any team in the country and yet they chose to play together.

Pop could play for Duke, he is that athletic.

definitely a step up from the most recent scholarship acceptances…that he already knows Coach Q and has worked with him is a strong plus…wish Gorman had closer ties to BYU. Wonder if Hartsock being in the area will help…

Wonder if Hartsock being in the area will help…

Is Noah in Vegas?

Noah is a head coach at one of the vegas area high schools.

What happened to Jakob…I thought he showed some promise this last year…another Chatman, Calvert, Toolson, who saw the writing on the wall for lack of playing time or scholly pulled?

schoollie not pulled on any of the 3. They all could see that it would be LP3 plus Davis, Rose, Elijah, Dastrup or Childs.

I have not heard Jakob Hartsock leaving? Source? Chatman, Toolson and Calvert left the program that is all I know.

Greg Wrebell tweeted it today. It may be that they all will end up at UVU with exception of Chatman, he landed at BC.

It was tweeted today - wow. And I wonder why or what happened?

I thought hartsock would fit well in Rose’s system and that Shaw would be the big to go.

Found it at KSL about Jakob and this new pick up today from Georgia. And the complete Roster. 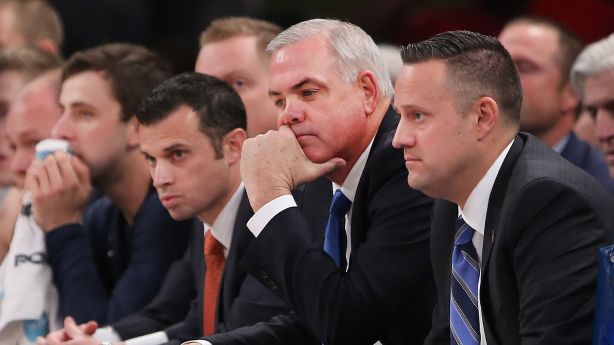 Lee Cummard left BYU as one of the more versatile players in the school’s basketball history. Now, he's coming back to Provo as a member of coach Dave Rose's staff.

I don’t know how set the depth chart is but I was surprised to see Corbin on the 3rd team. Is that because he is playing football and will be unavailable to start the BBall season? I was also surprised to see Yoeli Childs listed as a center. He is listed at 6’8" which is taller than I thought he was but still seems a little small for center.

where did you get this breakdown? it seems reasonably accurate, for a projection

The LP3 have played together since they were 12 or so. They will be the starters by the end of the season Add Davis, a senior and Rose, a graduate senior…there is a lot of experience there.

I would be fine with Emery, TJ, Bryant, Davis and Mica as the starters with Rose as the 6th man followed by Dastrup and Childs off the bench. Kaufusi in when we run into some monster. Leifson is another guy that should get minutes.

Aytes? Has his game improved? hopeful but doubtful.

Expect another Rose team that comes close to leading the nation in points per game. I don’t see a lot of defense coming out of this group.

What has happened to Zach Frampton’s walk on status. Was the list complete or just of the schollie players? 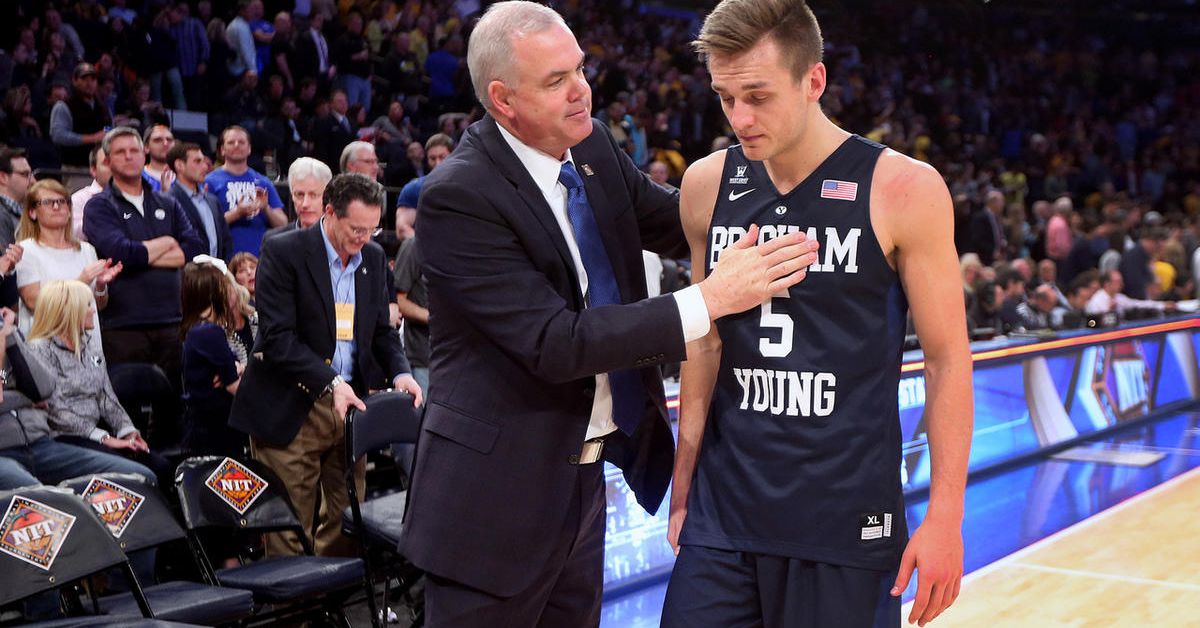 With the return of the Lone Peak Three, Eric Mika and TJ Haws joining Nick Emery, he believes the core of the Cougar team in coming years is set with players who will be around and develop together.

I don’t see how this team going to be this year but next season going to be better as long those players are still around. Another year for the Zags Darling Team again.