Does anyone know what Dylan Collie decided to do? Is he coming to BYU? It qould be a pretty good WR group with Gunner and Dylan.

It qould be a pretty good WR group with Gunner and Dylan.

Dylan said sometime in March will decide. He is choosing btwn BYU & Vandy. He saw Vandy got something that he likes about in grad school program
. 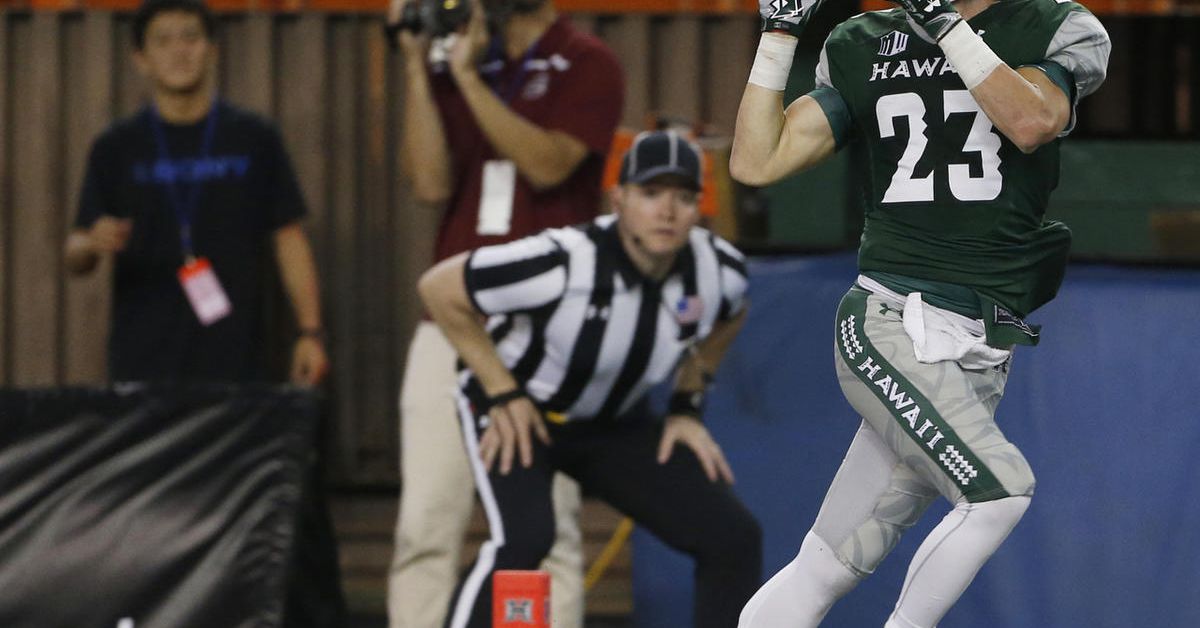 In what turned out to be his final game at the University of Hawaii, wide receiver Dylan Collie played against BYU, the team for which he started his collegiate career. Now, as a graduate transfer, Collie could return to the Cougars.

Yes, let’s get excited about another short slow receiver that won’t be able to beat the press coverage and get open against the likes of AZ, WI, Cal, Wash, etc.

I don’t see a lot of speedy non white receivers signing to come to BYU. I’ll take another Austin Collie or a Danny Amendola any time.

Our strategy shouldn’t bet on having a bunch of fast receivers. we’ll have a couple but we need to design the system based on what we will consistently have. Collie probably fits that mold. You can do a lot with someone who can execute the fundamentals better than anyone else.

you do realize that he is the son of Scott Collie who taught his other slow, small, white son named Austin, who then went on to the NFL and had a good career until concussions took him out, right?

who don’t have to have height or speed to beat the press, you need techinque.

remember Eric Drage? slowest white man on the planet, his techinque made his after catch yardage go off the chart.

Floyd - I mean no disrespect to the Collies or Dylan. Dylan is a fine player who averaged 50 yards receiving per game with 4 TD receptions for Hawaii last year. I just don’t see him moving the needle for us. As for Austin, he was amazing - the best BYU receiver I’ve ever seen. I will never forget his 50 yard reception late against against Utah that saved the game for us.

I do need to mention that not all brothers or father/sons are similar athletically. Did you know that Michael Jordan has two brothers (James Jr. and Larry) that never made it to the NBA? What about MJ’s sons Marcus and Jeffrey? How did their basketball careers go?

Sometimes at BYU we get enamored with the last name and family connections as opposed to the true athletic potential of a player.

The only reason I mentioned Scott Collie is because Austin and Dylan both has said that their dad taught them from a very early age not only how to catch the ball, but to run the route with precision and timing. So a lot of credit goes to the dad for accomplishments of Austin over the years. Personally I would like to see Scott and Austin open a WR camp to learn those basic skills.

I believe Dylan coming back to BYU would be a stop gap measure, something that would help to have an experienced WR making Deep throw catches, while allowing the other WR’s to develop their skills as the seasons progress.

The WR’s were a real weakness last year, So I believe they wanted some who could step in while helping the others to succeed.

BTW - I also remember the comment AFTER the catch Austin made… LOL That sure made some Utah fans a bit irritated.